After seven rounds spanning six countries and two continents, the 2022 Enduro World Series season will draw to a close this weekend at EWS Loudenvielle in France.

The final round will see riders give one last push for glory amongst the Pyrenees, on a course that takes in six stages, 63km and a huge 3652 metres of descending. 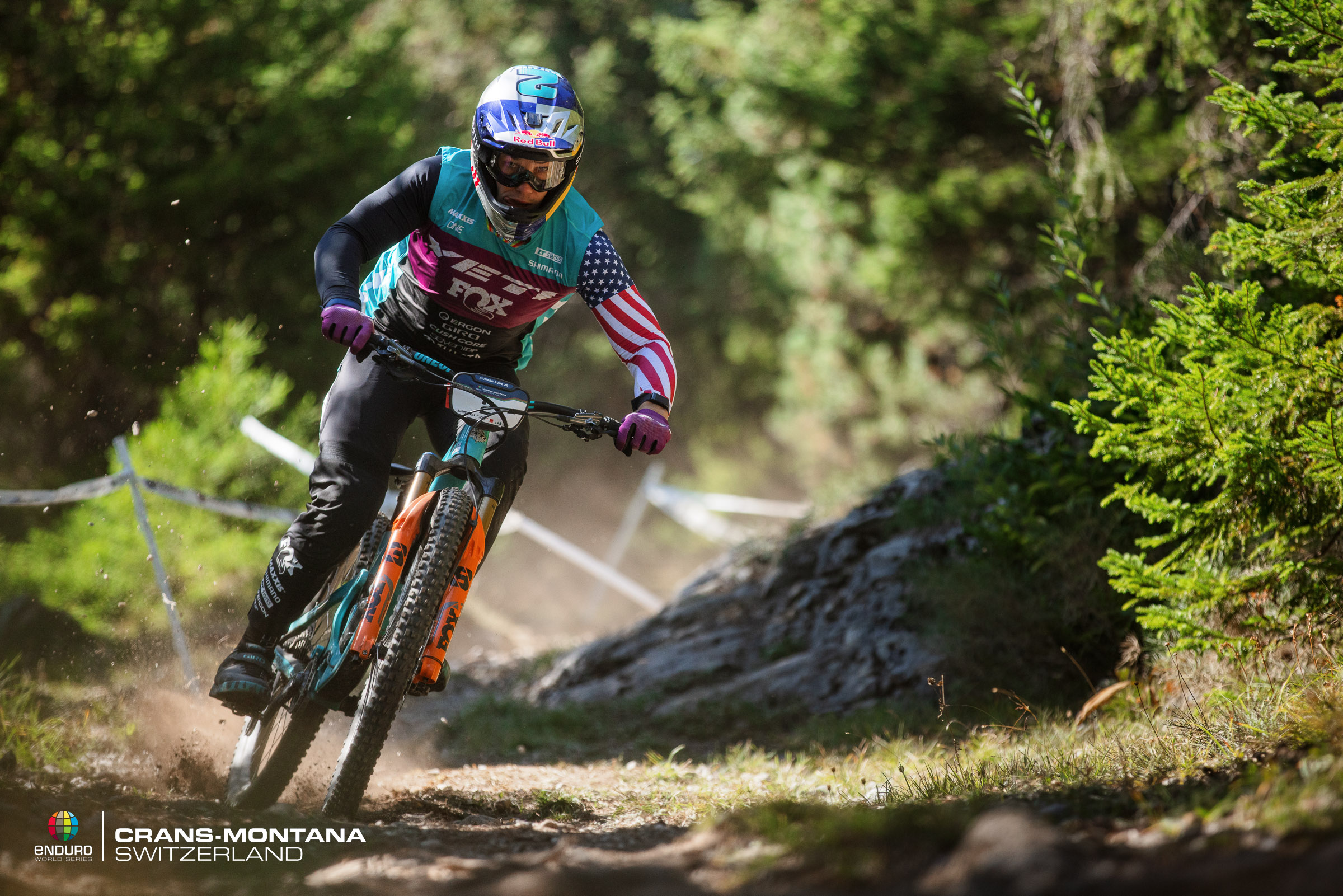 Rude is on the hunt for his third overall title

With series titles on the line, expect fierce competition across all categories this weekend - but none more so than in the men’s competition. Jesse Melamed (Rocky Mountain Race Face Enduro Team) has been locked in battle with two time champion Richie Rude (Yeti/Fox Factory Team) all season, with each bringing home three wins so far. Melamed leads the standings by just 495 points ahead of Rude - a not unassailable lead. Melamed has the fight of his life ahead of him if he wants to take his first overall title and deprive Rude of his third in the process. 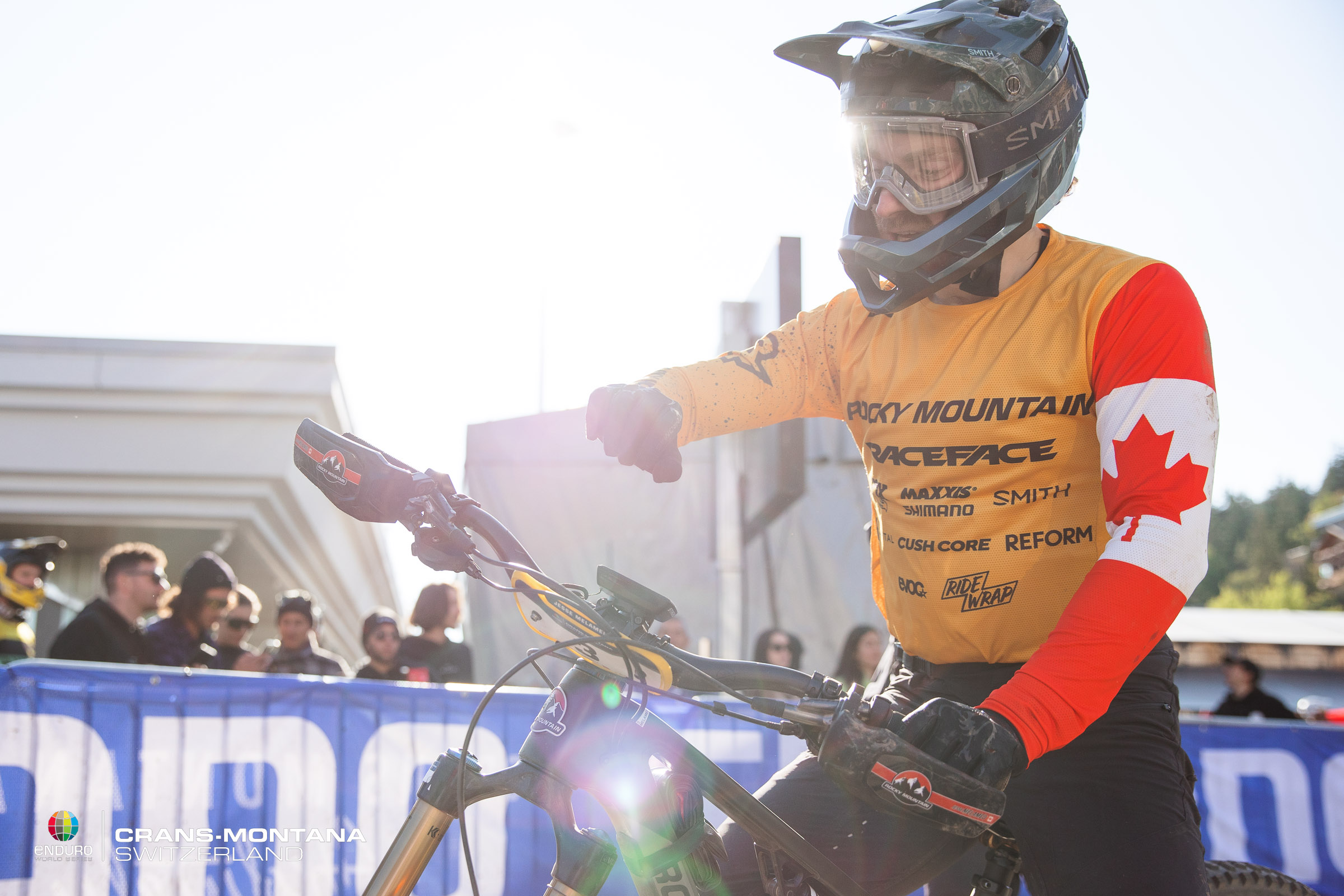 Both Rude and Melamed crashed at the last round in Crans-Montana and will head into this weekend’s race carrying injuries - how bad could well determine the outcome of the 2022 series title. Elsewhere in the men’s field reigning Champion Jack Moir (Canyon Collective) proved he was back on form when he took on a clean sweep of the stages in Switzerland last weekend - and will be looking for more of the same this weekend. 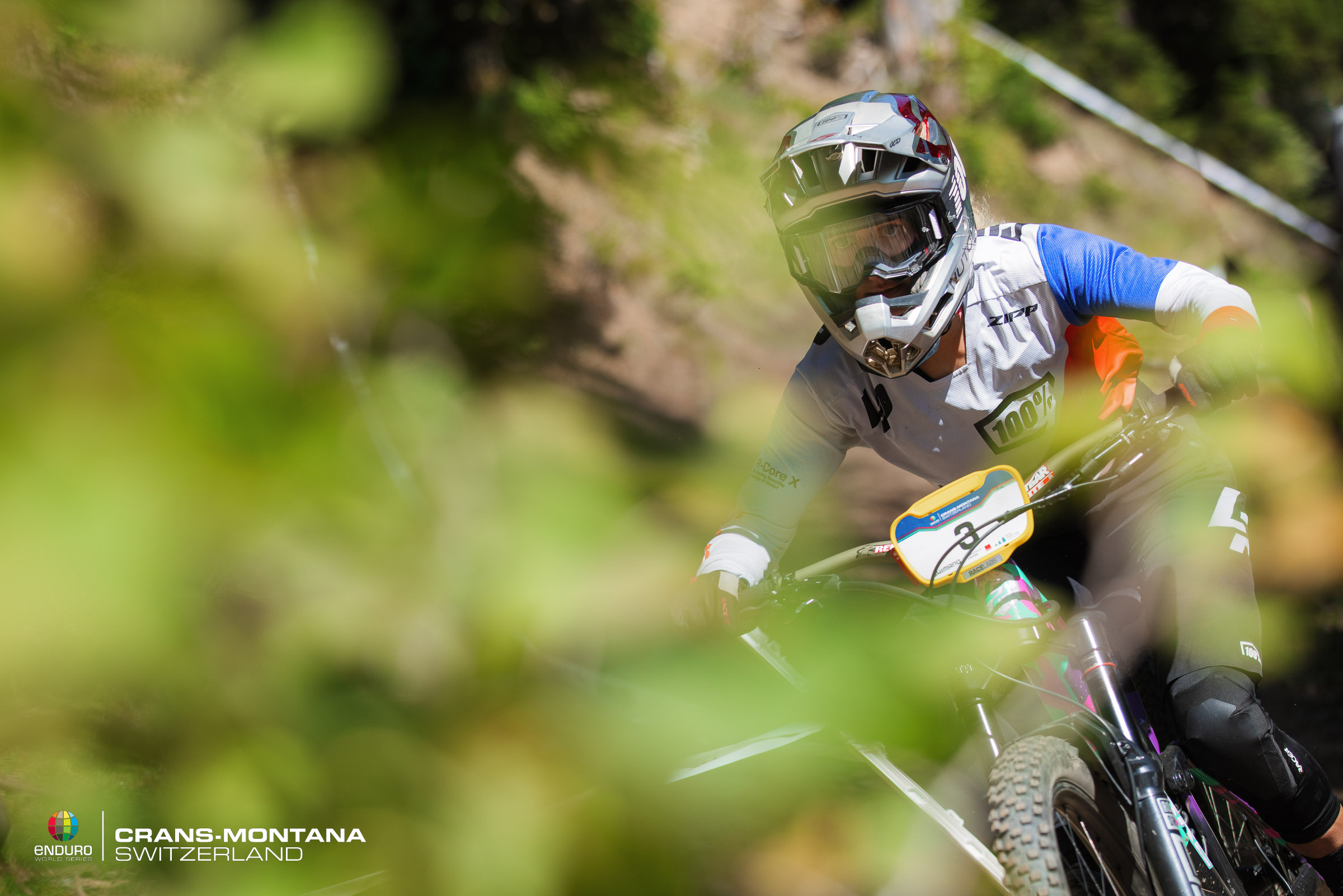 In the women’s competition, Isabeau Courdurier (Lapierre Zipp Collective) leads the standings against all odds after a catastrophic foot injury during EWS-E Valberg in July, coming back to take a top five finish in Whistler the very next month. With a total of four wins this season, Courdurier now leads by 545 points ahead of Morgane Charre (Pivot Factory Racing). However, the fight for third is where the women’s race is at its tightest. 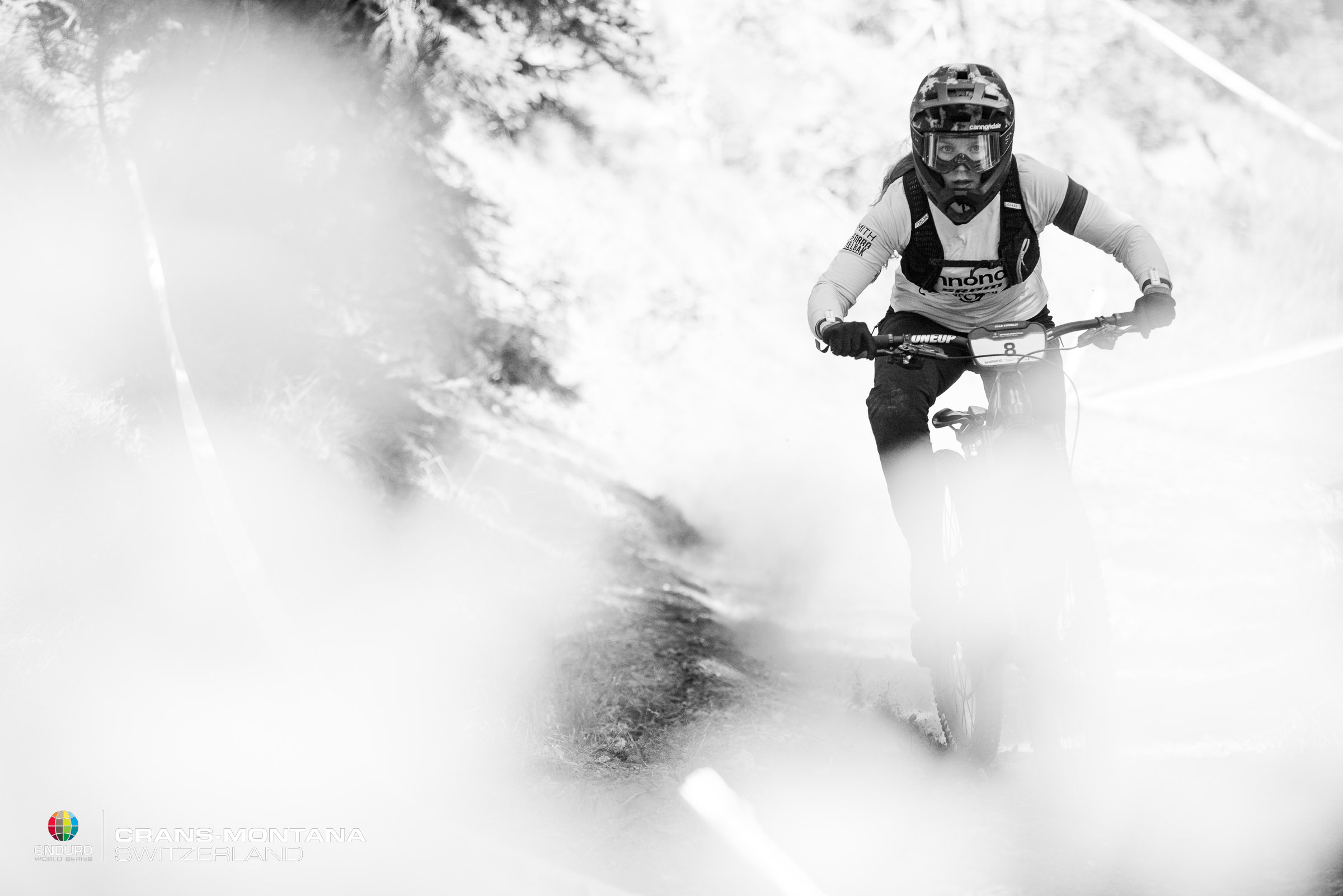 Bex Baraona (Yeti/Fox Factory Team) is currently occupying the third spot on the leaderboard - but just five points behind her is Ella Conolly (Cannondale Enduro) in fourth. And to add to the pressure just a further 25 points behind her is Harriet Harnden (Trek Factory Racing). Both Harnden and Conolly beat Baraona convincingly at the last round, setting the stage for one almighty battle for that third place in the overall. 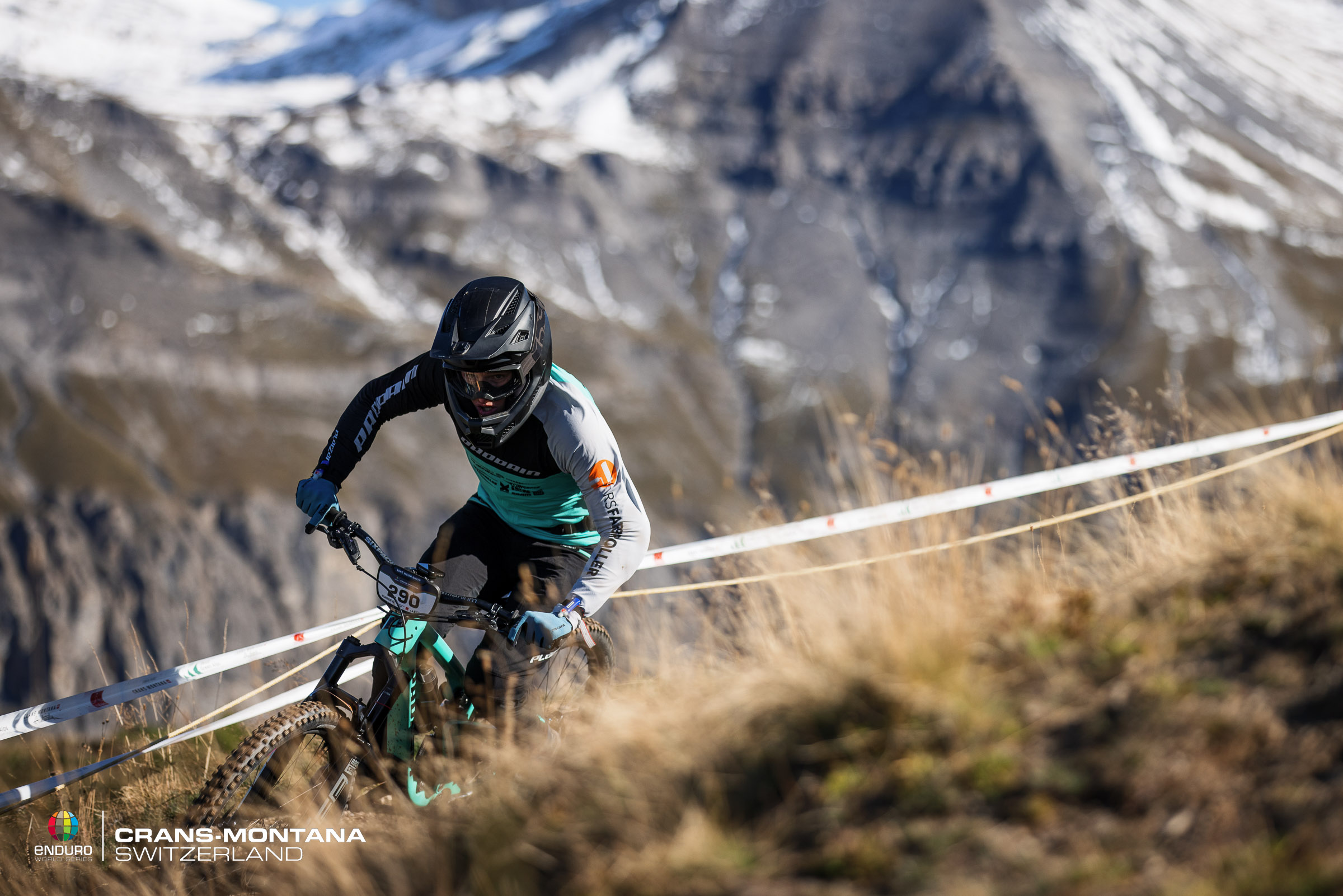 In the U21 competition Luke Meier-Smith (Propain Factory Racing) has the men’s title all locked up after his dominant performance all season, but Canadian riders Seth Sherlock and Emmett Hancock will be battling to stay in second and third respectively. Sophie Riva is on her way to the U21 Women’s category, but faces stiff competition from Emmy Lan (Norco Factory Racing) who is still within touching distance in the points.

In the Master Women, Fejola Stepanka Nestlerova has a commanding lead in the points, but just five points separate Sandra Bohn Thomsen and Melissa Newell in second and third respectively. Karim Amour (BH Enduro Team) is all but assured of the Men’s title again, while Ian Austermuhle and Mads Weidemann are on course to retain their current second and third positions.

In the team competition, Pivot Factory Racing are close to sealing the team title, but trying hard to stop them will be Rocky Mountain Race Face Enduro Team who are in second and Yeti/Fox Factory Team in third.

Racing kicks off on Saturday, September 24 with the Pro Stage, with a further five stages on Sunday. Tune into enduroworldseries.com to follow all the action. 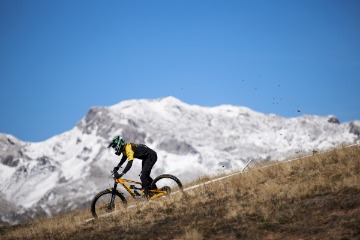 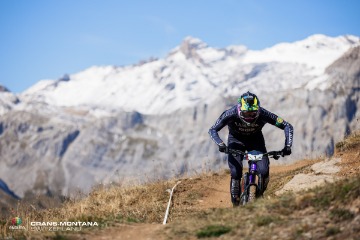 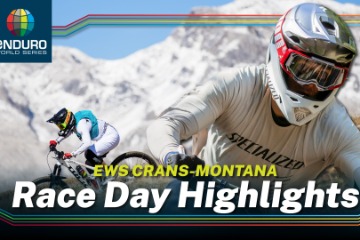