It’s race week at EWS Whistler, and we couldn’t be more excited to be back at this legendary Canadian venue.

After a two-year hiatus, we’re back in British Columbia for round four of the 2022 season. With all the action kicking off soon, now is the perfect time to remind yourself of what happened last time.

Famous for its amazing selection of trails, Whistler Blackcomb bike park is one of the most iconic MTB race venues on the planet. Last time we visited it was two familiar names, Isabeau Courdurier (Lapierre Zipp Collective) and Richie Rude (Yeti / FOX Factory), who smashed the competition and bagged the win.

After an intense day of battling on the stages, it was Noga Korem (GT Factory Racing) and Sam Hill (Nukeproof SRAM Factory) who had to settle for second, with Andreane Lanthier Nadeau (Rocky Mountain Race Face) and Ed Masters (Pivot Factory Racing) right behind them in third.

Here’s what the podium looked like last time we visited Whistler. Who’s your pick for 2022?

Coming into round four of the season, it’s Isabeau Courdurier and Richie Rude who lead the overall standings, with two wins apiece. With Isabeau on the comeback from her gruesome foot injury at EWS-E Valberg, we’re really hoping to see the champ back between the tapes.

While it’s never wise to bet against our series leaders, the level of talent in the sport is at an all-time high and EWS Whistler may be the race we see a first-time winner. Noga Korem came second last time we were here and has proved on multiple occasions that she has race-winning pace.

Noga Korem finished second here in 2019. She’ll be hungry for the win.

In the men’s field, Squamish-based youngun Rhys Verner (Forbidden Synthesis) has been posting top ten results so far this season. Could this be the race that sees him challenge for the win?

Rhys Verner has had a breakthrough year so far. He’s one to watch in Whistler.

Of course, Rocky Mountain’s Canadian trio of Jesse Melamed, Andreane Lanthier Nadeau and Remi Gauvin will also be hard to beat on home soil. Jesse has already taken a win this year and we know he’ll be fired up to win in front of a home crowd. ALN has been building her pace throughout the season, with top three stage results and fourth overall in Val Di Fassa.

Rocky Mountain Race Face took team of the day honours in 2019. Will we see the Canadian trio on the top step again?

With such a high level of competition, it’s impossible to call who will triumph at EWS Whistler. However, it’s sure to be a breathtaking race. We’re excited to see how the battle unfolds. 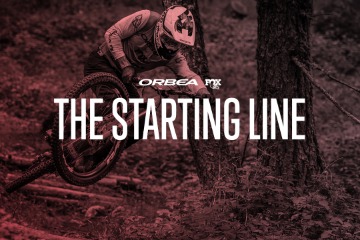 Video: Behind the scenes with the Orbea Enduro Team 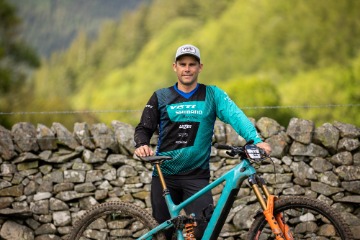 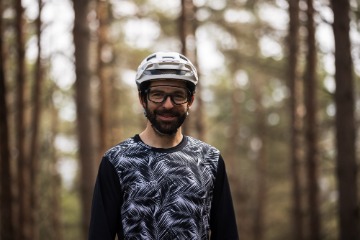