PARIS, LONDON: The Union Cycliste Internationale (UCI) has selected Warner Bros. Discovery (WBD) to deliver a new vision for mountain biking which will see the leading global media and entertainment company combine all its assets and expertise to elevate the sport and reach a new global audience.

To deliver a completely new vision for the future of mountain biking, the UCI will harness WBD’s global scale and vast media platforms, as well as collaborate with two of the company’s specialist organisations. This will see Discovery Sport Events join forces with the Enduro Sports Organisation (ESO Sports) to deliver the organisation, media production and broadcast, promotion and commercialisation of the UCI Mountain Bike World Cup.

Discovery Sports Events, the global promoter and event management leader, will extend its relationship with the UCI to help promote the sport in support of further growing its global audience. ESO Sports, the owner and operator of the Enduro World Series and in whom WBD recently invested, will drive the project to globally unify mountain biking and elevate it to new levels, in collaboration with the UCI.

Building on mountain biking’s popularity, this new approach will also bring innovations to the on-site and on-screen fan experience in order to continue growing the fanbase and improve the global footprint of the UCI Mountain Bike World Cup.

David Lappartient, UCI President, said: “I am elated by our partnership with Warner Bros. Discovery, which will take our UCI Mountain Bike World Cup to the next level. Discovery Sports Events has already worked wonders with track cycling – thanks to the innovative UCI Track Champions League – and I know that the exciting discipline of mountain bike will also benefit from their expertise, their in-depth understanding of the expectations of athletes and fans, and the increased exposure that this partnership will bring. Mountain bike will get the impetus it deserves as we work together for the future of this vast and varied discipline.”

Andrew Georgiou, President and Managing Director, Warner Bros. Discovery Sports Europe, said: “Extending our relationship with the UCI to support the next phase of development and growth for mountain biking fits Warner Bros. Discovery’s expertise and ambitions perfectly. We will bring the scale of our global broadcast, streaming and online platforms to engage millions of people with the sport, as well as the capabilities of Discovery Sports Events and ESO Sports. Together they have the expertise and tools to develop the sport, alongside the understanding of the intricacies and existing strengths of mountain biking that are essential to best support the mountain bike community and grow the sport.”

Alongside the Olympic Games, the UCI Mountain Bike World Cup forms the pinnacle of the sport and sees the world’s best riders compete in multiple cross-country and downhill events throughout the season. Taken together, WBD’s cycling portfolio of content – across Eurosport, GCN, GMBN, discovery+ and more – already features more than 200 professional events across road, track, BMX, cyclo-cross, mountain bike, as well as all Olympic cycling disciplines.

Discovery Sports Events also partnered with the UCI as the founding global promoter who devised and delivered the game-changing UCI Track Champions League which launched in 2021.

The agreement concludes a period of exclusive negotiations and follows an extensive competitive tender. Further details around the 2023 season and calendar will be announced soon.

Warner Bros. Discovery, alongside its Discovery Sports Events and ESO Sports expertise, was chosen by the UCI Management Committee following an in-depth tender process and evaluated as the most capable and experienced partner to empower the UCI to deliver its vision for mountain biking. In particular:

Chris Ball, CEO, ESO Sports, said: “The next eight years will see a new era for mountain bike racing and events and we’re proud and excited to take the lead for the sport with the UCI from 2023. This is an incredible opportunity to further mountain biking's development, with the power of one of the world's largest media companies and producers of live sport behind us. For the first time, all mountain bike formats will have a central point of leadership that can amplify the sport 365 days a year, champion the athletes, support the growth of the teams and elevate the sport around the world.

“Building on the brilliant work done within Cross-Country, Downhill, Enduro and E-MTB in recent years, we will begin this incredible long-term project by working with riders, teams and destinations to bring the mountain bike community together at festival-style events celebrating the entire discipline. We will elevate mountain biking alongside the biggest sports in the world and within the home of cycling. Over the coming years we will improve this cycling discipline’s environmental credentials, push forward course design, innovate safety standards, and give fans an entirely new experience, whilst making mountain bike more accessible than ever before.”

François Ribeiro, Head of Discovery Sports Events and SVP, Warner Bros. Discovery Sports, said: “It is hugely exciting to partner with the UCI and deliver a new vision for mountain biking. The long-term nature of the agreement means we have time to develop mountain bike and introduce innovations that will support this, whilst being aware of the strengths of the discipline today and the sizable and committed audience it attracts.

“As we have started to show as global promotor of the UCI Track Champions League, we have all the expertise and tools to help enhance and grow a sport for the better. This goes well beyond overseeing broadcast coverage and commercial rights, but to the heart of the sport from developing the calendar to the event experience, on-site and on-screen fan engagement, venue selection and management and much more besides. Together with UCI and our ESO colleagues, we can pull on all these levers at our disposal to grow every aspect of mountain biking for the benefit of everyone connected to the sport.”

Founded on April 14, 1900, in Paris, France, the Union Cycliste Internationale (UCI) is the worldwide governing body for cycling. It develops and oversees cycling in all its forms and for all people: as a competitive sport, a healthy recreational activity, a means of transport, and also just for fun. The UCI manages and promotes the ten cycling disciplines of road, track, mountain bike, BMX Racing, BMX Freestyle, cyclo-cross, trials, indoor cycling, cycling esports and gravel. Five of these are featured on the Olympic Games programme (road, track, mountain bike BMX Racing, and BMX Freestyle), two in the Paralympic Games (road and track), and four in the Youth Olympic Games (road, mountain bike, BMX Racing and BMX Freestyle). For more information: www.uci.org

Discovery Sports Events is the Discovery-owned event management division that oversees 55 events per year across 5 continents. With 15 years of experience as Eurosport Events, it offers a wealth of expertise on two and four wheels with a focus on electric car racing, motorbike racing and track cycling. It acts as the global promoter and commercial rights-holder for 5 global Championships under long-term relationships with governing bodies including the Fédération Internationale de l'Automobile (FIA), Fédération Internationale de Motocyclisme (FIM) and Union Cycliste Internationale (UCI). On four wheels it promotes the WTCR – FIA World Touring Car Cup and FIA ETCR eTouring World Cup from, the world’s first all-electric touring car championship. Launching in 2023, it will also promote the ground-breaking FIA Electric GT Championship, a new long-term platform for manufacturers to showcase their flagship GT cars and innovative technologies. On two wheels, its 10-year alliance with FIM will see it promote Speedway events way globally, including FIM Speedway Grand Prix, starting in 2022 in addition to its promotion of the FIM Endurance World Championship for motorbikes since 2015. Launched in November 2021, it promotes the UCI World Track League, the innovative new series that opens a new chapter in the history of track cycling. Discovery Sports Events delivers a full spectrum of event management services including promotion, television production, media rights distribution, press office management, sponsorship acquisition and client servicing.

ESO Sports are specialists in major global mountain bike races and festivals. Formed in 2012, ESO Sports are the owners and operators of the Enduro World Series (EWS), which now includes a network of over 80 events in 35 countries. EWS is sanctioned by the International Cycling Union (UCI) including EWS-E, the first UCI sanctioned international enduro e-bike series. 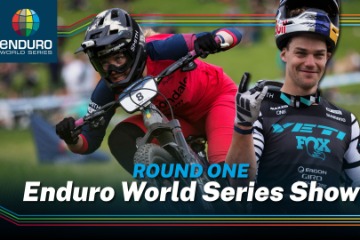 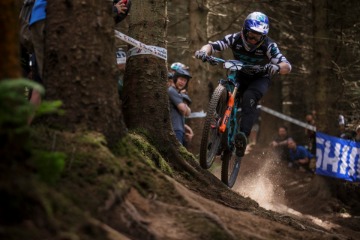 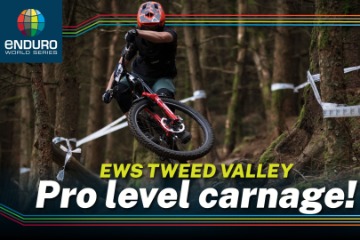