The EWS-E season opener roared into life today, when the world’s best took to the famous hills of the Tweed Valley in Scotland for the first race of the year.

Competitors faced a huge day out, as they squared up to a 13 stage, three loop course that encompassed 2800 metres of climbing across 65km. Two Power Stages thrown into the mix ensured that this race was a rude awakening after the long off-season, pushing bodies and bikes to the limits from the second they left the start gate.

In the men’s race it was a new face on the top step of the podium - Edgar Carballo (Orbea Fox Enduro Team) dominated the race with eight stage wins, securing the first EWS-E wn of his career. Andrea Garibbo of Italy took a personal best in second spot, whilst Leigh Johnson (Pole Enduro Race Team) took third after switching his full attention to EWS-E.

Miranda Factory Team now lead the team standings, with Orbea Fox Enduro Team in second and Lapierre Overvolt Team in third. EWS-E returns in just a fortnight’s time for round two in Petzen/Jamnica in Austria and Slovenia.

The Tweed Valley event rolls on this weekend, when it’s the turn of the EWS racers to get between the tape for their first race this Saturday and Sunday.

EWS Tweed Valley event information for this weekend can be found here. 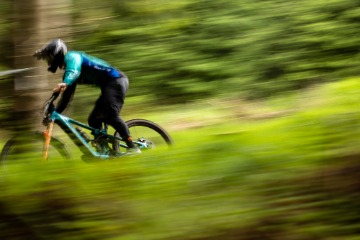 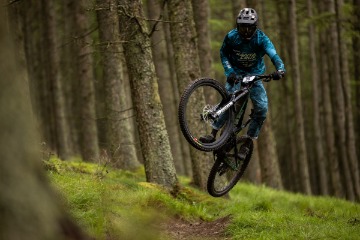