Everything you need to know about the 2022 EWS season

In under three weeks, the world’s best enduro riders will descend on the trails of the Tweed Valley for the opening round of the 2022 EWS season.

With more riders and teams competing than ever before, we’re looking forward to the most exciting year of racing to date. Here’s everything you need to know about this year's venues, riders and more.

Round one: EWS Tweed Valley

After a six-year hiatus, the Tweed Valley firmly re-established itself as a racer's favourite at the season finale last October. This year, we’ll kick off the season in the rolling hills of the Scottish Borders. Racers can expect more world-class natural trails, stages lined with passionate fans and an enduro-mad community of locals. Need a reminder of what makes the Tweed Valley a perfect choice to host the season-opener? Here’s what went down last year.

EWS Petzen-Jamnica straddles the border between Austria and Slovenia and although it hasn’t featured on the circuit in the last few years, it already proved its world-class riding when we visited back in 2018. The trails are natural and techy and the race delivers a real sense of adventure, with riders having to cross borders and mountain tunnels to complete the loop.

Back once again, Val Di Fassa has already confirmed its status as a legendary race venue last year, delivering the closest-ever race in EWS history. The first of 2021’s three double-header races put on an amazing show with its rocky trails and stunning views. Will we see as tight a battle this season? Who will be the favourite riders coming into this round? We’ll have to wait and see.

Does it get any more exciting than racing an EWS at Whistler? The iconic venue hasn’t featured on the calendar since 2019, and we couldn’t be more excited to be back. A firm favourite amongst many of the world’s best, Whistler never disappoints. This year, the Canadian venue kicks off three back-to-back races in North America in what promises to be a massive month for international mountain bike racing.

The second back-to-back North American round of the year takes us to Burke Mountain. Tucked away in the top-right corner of Vermont, this brand-new EWS venue has high hopes of becoming a world-famous riding destination. We paid the venue a visit last year to find out more about the trails, location and community.

Rounding off the three back-to-back North American rounds is EWS Sugarloaf. Located two hours north of the famous town of Portland, Maine, and three hours northeast of round five venue Burke, Sugarloaf Mountain is already a well-established ski resort. However, once the home of the famous Widowmaker Challenge downhill race, these slopes have their roots deep in the early days of mountain biking. The trails here are varied, serving up everything from open ridgeline descents to fast rocky tech through tight trees. As another first-time EWS venue, the local community are motivated to make their international debut an unforgettable experience.

The penultimate round of the season takes us to Crans-Montana in the Swiss Alps. Last year, this venue hosted one of the most crucial races of the season, as series leader Jack Moir crashed on the Pro Stage and dislocated his shoulder, seemingly leaving the race (and valuable series points) for Richie Rude’s taking. However, Jack fought back the next day, battling his way to an unbelievable tenth place. Rude took the win and the overall lead, but Jack had saved his championship dream.

With its world-class combination of flat-out natural trails, steep tech and endless bike park, Loudenvielle, in the foothills of the Pyrenees, is the perfect season finale. If the bike-mad french crowd and atmosphere of last year’s debut event are anything to go by, riders will be in for the perfect end to an unforgettable season of racing.

Who to watch this season

Moir, Rude, Melamed, Courdurier, Charre, Pugin - of course, you’d be silly to bet against last year’s big hitters. However, with the amount of chopping and changing that we saw over the off-season, there are more podium contenders than ever before in both the male and female categories. Coming into the first race of the year, Tweed Valley locals Bex Baraona and Katy Winton will be the hometown favourites. However, can they fend off their competitors?

In the men’s category, Jack Moir and Richie Rude will be looking to pick up where they left off, but we’re sure they won’t be the only ones aiming for the top step of the podium…

And there you have it - eight action-packed rounds of international racing, all kicking off at EWS Tweed Valley from the 2-5th June. We can’t wait to get the season rolling. Will we see you there? 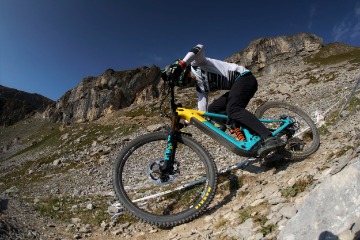 Video: Behind the scenes of EWS-E racing with Yeti 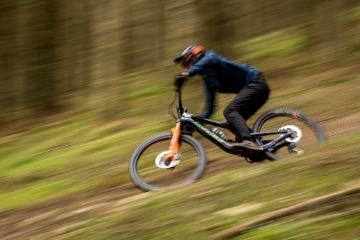 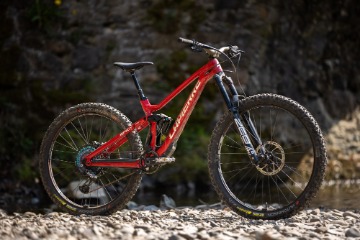