​​​​​​Forbidden Bike Co has today announced that Rhys Verner will once again represent them at the EWS and this season he’ll be joined by up and coming rider Alex Storr of the UK.

In partnership with Crankbrothers, SRAM, RockShox, Burgtec, RideWrap, Maxxis, Fizik, Maxima, Cush Core and Chris King, the team also welcomes Connor Fearon and Mangnus Manson who will be lining up at the UCI Downhill World Cups this summer. Before a chance encounter between a friend of Forbidden’s in the UK and Alex Storr –  looking to buy a used snowboard in late 2020 – we’d never heard of this talented young Welshman. News of this chance meeting soon reached our base on Vancouver Island and after a quick scan online at his past results, didn’t hang around signing Alex to the 2021 ambassador program. Alex went on to win the British U21 enduro national championship’s title, round six of the U21 EWS, scored a second podium at round eight and finished his first full season of racing, let alone overseas, as the highest-ranked privateer. What’s more, Alex is the third rider ever to win an EWS on flat pedals. 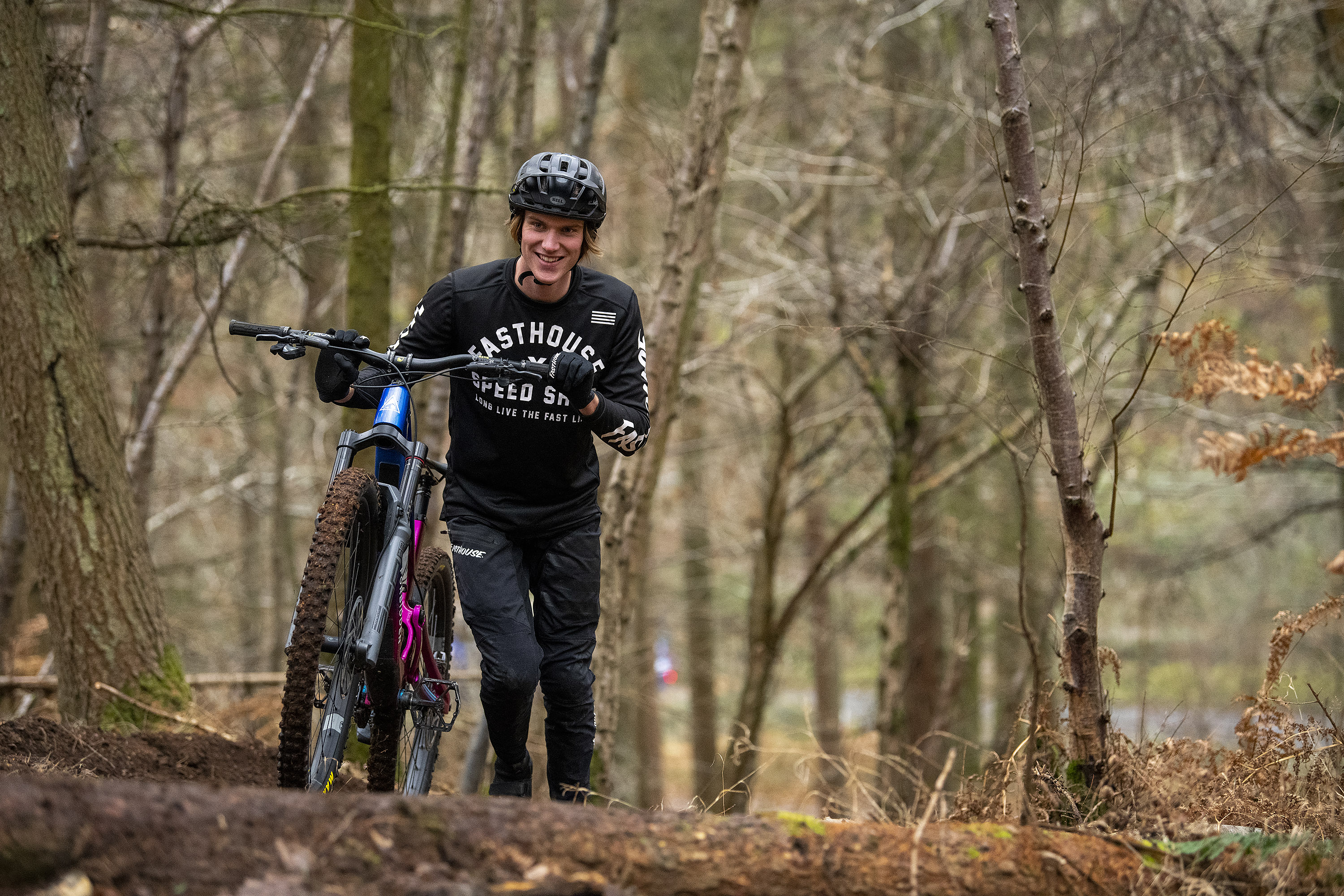 Alex already has an EWS win to his name after he claimed a convincing victory at round six in Loudenvielle last summer. Pic: Andy Lloyd

“Having the opportunity to ride for Forbidden as an ambassador last year was amazing, but joining the factory Synthesis team and racing another EWS season aboard a Dreadnought, is something I’m super proud of and very grateful for. After completing my first EWS season last year – travelling around Europe in a van, washing in a river every week and living off pasta with no real plan other than to have fun and race my bike – I’m super excited to get my first elite season under my belt and with the support of a factory team, it’s a dream come true! Not only will 2022 be my first elite season, but this is also the first time that I’ve been able to focus and prepare full-time for a race season.”  Alex Storr

Rhys, despite racing with a broken collarbone for five rounds of the EWS in 2021, showed the racing community that he has the speed and determination to be the podium contender we all know he is. 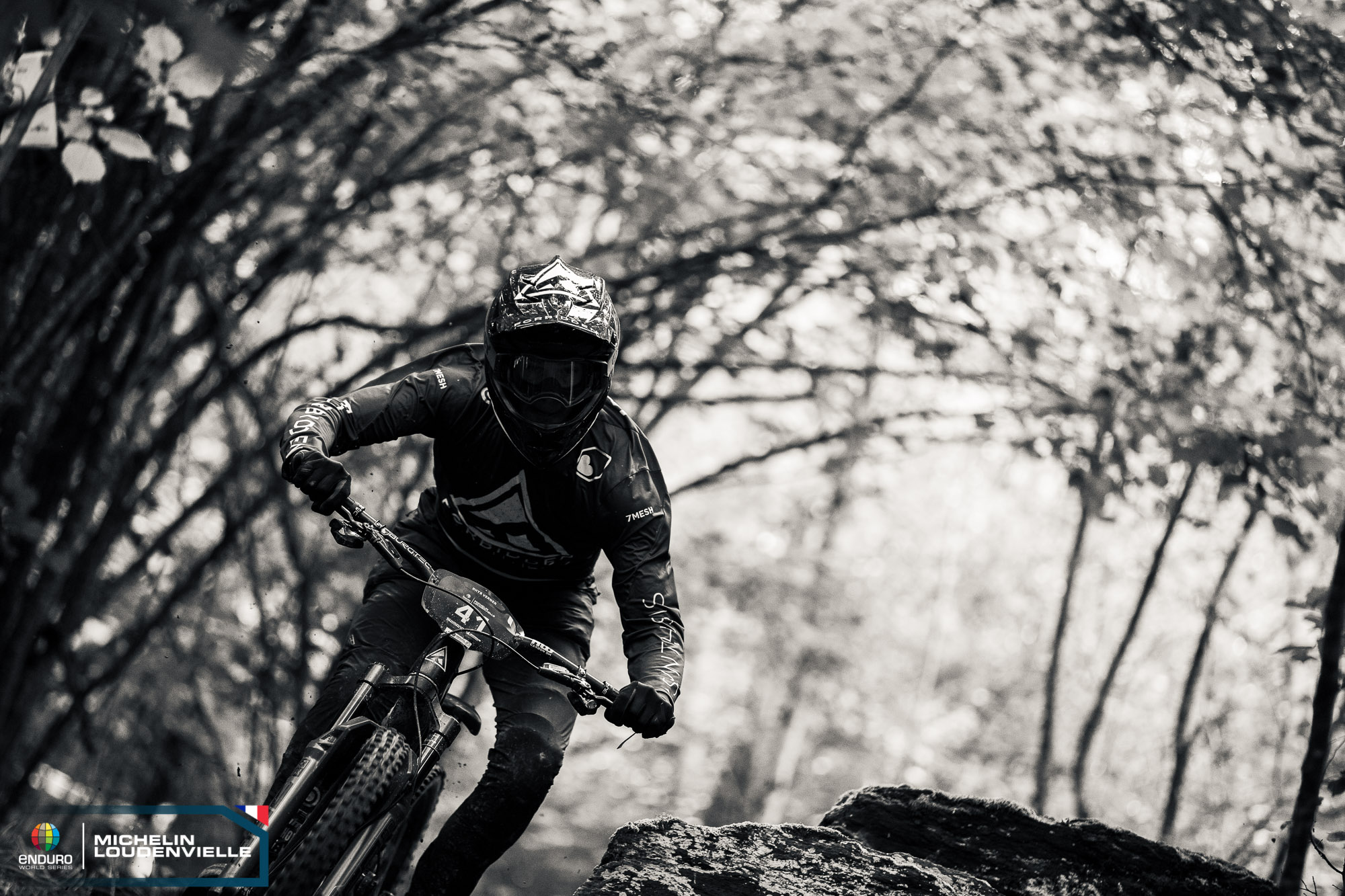 Canadian Rhys Verner will once again represent Forbidden at the EWS

“Hearing the news that Connor and Matt [Dupelle] are joining the Forbidden Synthesis team felt like we are getting the band back together; I couldn’t be happier! Having worked together before, Connor was an amazing teammate and someone I learned a lot from. I’m also excited to see just how fast he can go on a Forbidden! I first met Alex Storr in Loudenville (for the EWS) and was immediately impressed by how talented and easygoing he is, as well as his insane bike skills. It’s hard to believe that last season was his first real year racing so we’ve yet to see his full potential. We had a great time hanging out during the second leg of the EWS last year and I can’t wait to catch up when he comes to BC in a few months! Having Matt and Ant-Man join the team also brings a ton of experience to the program and I can’t wait to see the whole team develop throughout 2022; it’s going to be a good one!” Rhys Verner

Steering the ship this season, we are thrilled to announce that Matt Dupelle will be our team manager for the foreseeable future. Matt brings a wealth of experience gained from two decades on the circuit and will be instrumental in developing the team over the coming years. Anthony Poulson, more affectionately known as ‘Ant-Man’, alongside two additional team mechanics (TBA), will ensure the rider’s bikes run like clockwork.

Returning to the program in ‘22 is Forbidden’s in-house video wizard and media coordinator, Thomas Doyle, who’ll travel with the team delivering unique content loaded with unrivalled insight from the World Cup and EWS. Behind the scenes, team director Olly Forster will continue to build upon the foundations laid down in 2021 to further cement Forbidden into the consciousness of mountain bike racing fans the world over.

“Excited is an understatement for this new partnership, even with this being the 20th race season I will be going into, my ambition is strong with our new team, brim-full of talent. Having worked with three of the athletes already (Magnus, Rhys, and Connor), I’m very excited to see the progression of Alex Storr and help other Forbidden athletes, like Dillon Butcher, to reach their full potential. After a couple of ‘Covid years’, everyone is eager to go to the races and I can’t wait for the team to showcase how great Forbidden’s bikes are.” Matt Dupelle, Team Manager

“I’m super excited about everything we have going on for this year. I’ve known Matt for a long time now and I’m super grateful to stay under his wing alongside the group of people we have. I’m also stoked to continue working with Connor, be back with Rhys and Magnus, and the addition of Alex. We’ve been to a lot of races together in the past, so I won’t be strangers going into the first block of the season. Dream bikes with a dream crew, so I think Thomas [Doyle] will have some exciting content all summer long to show everyone. Super pumped for the opportunity” -Anthony Poulson (aka Ant-Man), Team Mechanic

“What can I say? We’ve assembled a ‘dream team’ here and it’s crazy to think, that only three years ago, Forbidden didn’t even exist and this year, we’ll see Forbidden bikes on the World Cup DH stage and that’s pretty unreal! Like all of us at Forbidden, I’ve been a fan of Connor Fearon’s for a long time, so when we realized this was an opportunity that we could make work, we made sure it had to happen. Connor is a rider's rider - he’s fast as hell and always looks like he’s just having the most fun, no matter what - I can’t wait to see what he and Magnus can achieve this season. I’m also beyond excited to welcome Alex Storr into the Forbidden Synthesis fold as he moves up to the Elite EWS ranks, where he can learn the ropes from our resident enduro-machine, Rhys Verner.”  Owen Pemberton, Forbidden Founder 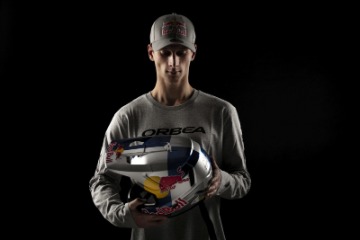 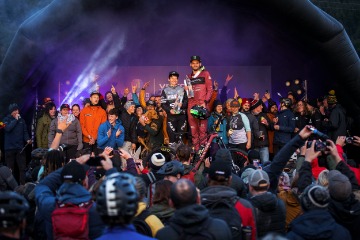 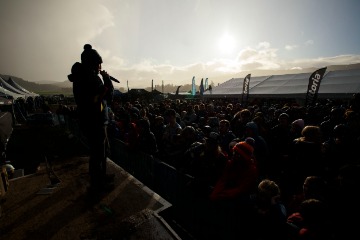