After a six-year hiatus, the EWS returned to the rolling hills of the Tweed Valley, Scotland. With two elite titles on the line, this season finale was sure to be spectacular. Six stages were all that was left to decide the 2021 EWS championship.

As well as being the last round of the season, it would also be the last race in the EWS careers of Robin Wallner and Damien Oton - both true legends of the sport.

Coming into Saturday’s Pro Stage, it was Melanie Pugin who led the title chase by just 435 points. Second in the rankings was Pivot Factory Racing’s Morgane Charre who, fresh off the back of a win in Finale, was looking to be in formidable form. Behind her was Isabeau Courdurier (Lapierre Zipp Collective), who was unfortunately already out of title contention. After a breathtaking comeback performance in Finale, Canyon Collective’s Jack Moir led Richie Rude (Yeti / FOX Factory Team) by just 70 points. Behind them, Jesse Melamed (Rocky Mountain Race Face) sat with some defending to do in third.

It was looking to be a truly historical race. However, Saturday’s Pro Stage delivered more drama than anyone had bargained for.

Local EWS first-timer Jess Stone put down a blistering run to take third place on the biblically wet Pro Stage, clearly showing her intentions for the rest of the race. Second place went to GT Factory Racing’s Noga Korem, who was having a really strong end to her 2021 season. Despite strong runs from Stone and Korem, it was Ibis Racing’s Bex Baraona who took the fastest time on her home trails.

In the men’s field, carnage ensued. Title contender Richie Rude made a crucial error in the last 100m of track, riding outside of two course-marking poles. His mistake cost him a disqualification and handed Moir, who had won the Pro Stage, the series title. Second on the Pro Stage was GT Factory Racing’s Martin Maes, followed closely by local racer Lewis Buchanan. Was it going to be a battle of the locals on Sunday? Who would make the most of the tricky, drying trail conditions?

Stage one of race day, Pre Drinks, was to be one of the most physical stages of the day. Martin Maes started the day strong, backing up his Pro Stage result with a win on the opening stage of the day. Behind him, a hungry Adrien Dailly (Lapierre Zipp Collective) and Jesse Melamed began their battle for the remaining podium spots. Moir had a tough start to the day after a sleepless night. He had multiple minor crashes, finishing the stage in tenth.

In the women’s field, it was once again Trek Factory Racing’s Harriet Harnden who dominated the physical stage, taking control of the race. Did anyone have the speed to stop her?

And there you have it - the 2021 EWS championship all wrapped up. What a year of racing that was. We’ll be back very soon bringing you all the news, info and more as riders prepare for the 2022 season. Until then, have a good one. 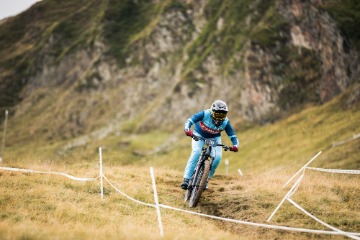 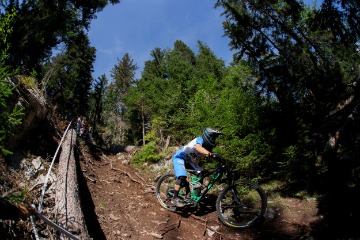 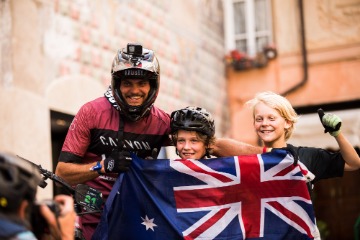