The Western Cape of South Africa is home to some of the largest and most rugged mountains in the country. The ground is harsh, as can be the vegetation, but these ancient mountainsides lend themselves to incredible enduro racing. The majestic Jonkershoek Nature Reserve and the MTO trails that line its valley are renowned for serving up an epic day of riding on long and testing stages with demanding liaisons. Round One of the 2021 Enduro Western Cape season was no different.

The EWS Qualifier event would entail four stages, all pedal accessed, with 1650m of descent (and ascent) over the course of the day. Stages were between five and eight minutes long, aside from the short, steep and rocky Stage Two.

The sun beat down on racers all day, making for some challenging conditions.

It was a hot day in the valley, making for some tough riding conditions. Luckily, a few mountain streams were still running after the winter rains, providing an opportunity to cool down and top up water bottles.

From the first stage, it was already evident who was looking on form in Jonkershoek with Matt Lombardi and Zandri Strydom claiming the first stage wins of the day.

The unforgiving terrain took its toll on bikes and bodies. A fair share of crashes were had but, thankfully, everyone managed to dust themselves off without any major injuries.

Stage Two, called The Plumber, was the most technical challenge the racers would face, with long rock gardens keeping them humble. Staying off the brakes and letting the bike move was crucial but easier said than done!

The stages were loose, rocky and dusty.

The longest stage of the day was Stage Three, Armageddon, at just over 4km long and dropping 500m. With more corners than you can shake a stick at, it rewarded those with stamina and powerful legs.

After four enormous stages, and four equally enormous climbs, the dust had settled in the Jonkershoek Valley.

Returning from a season of racing enduro in Europe, Matt Lombardi took a clean sweep in the Men’s category, winning every stage. Adi van der Merwe showed what he is capable of on an enduro bike with a strong second. Local legend and silent assassin Lance Morris wasn’t far off his heels in third.

In the Women’s field, Zandri Strydom also earned herself a convincing win. We can’t wait to see what she’s got in store for the rest of the season. Jessi Nixon was the next fastest lady with Annemi Pfister in third. The top five women had four young riders in the mix and it looks like the competition will be heating up in years to come.

Youth category riders Philip George Van Schalkwyk and Keagan Brand both lit it up and finished seventh and tenth overall. There are certainly some talented riders in the female junior categories as well, with Jenna Byrnes bringing home fourth place and Anvia Bredenkamp in fifth. With a few first-timers racing the Lite category, the enduro bug seems to be biting the youth.

The landscape in South Africa is a breeding ground for enduro racing and as the culture is shifting from marathon focused events to trail riding, this category of racing is beginning to take off. We look forward to seeing what the future holds for South African enduro racing. 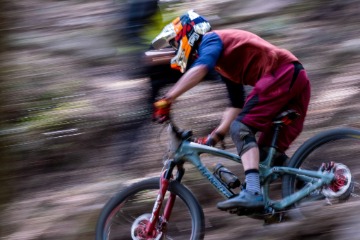 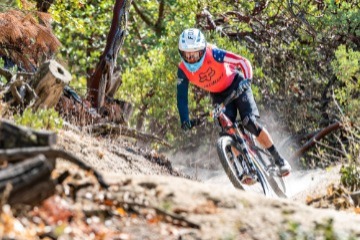 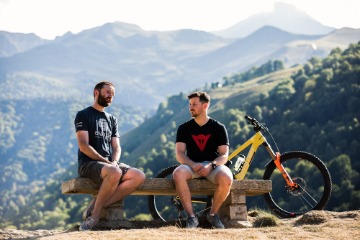 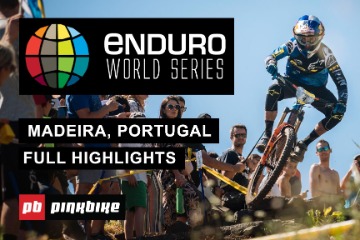