The 2021 Enduro World Series will reach a dramatic conclusion this weekend in the rolling hills of Southern Scotland with Vittoria EWS and EWS-E Tweed Valley. 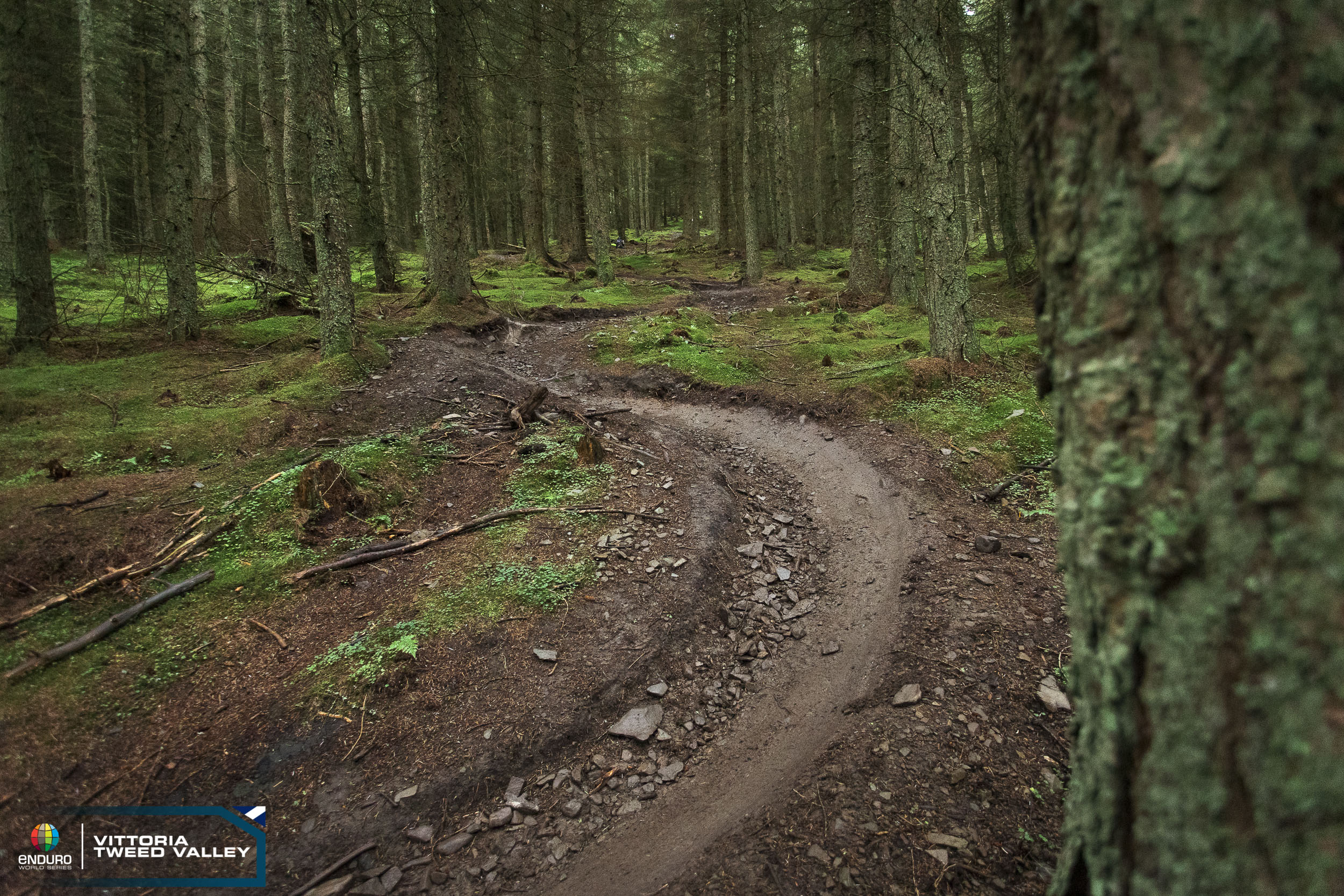 Roots, ruts and rain will make for a challenging end to the 2021 season

Both the EWS and EWS-E will finish their seasons in this most iconic of locations, an area steeped in racing history and home to some of the UK’s most famous trails. In stark contrast to Finale’s dry conditions and rocky trails, the final races of the season will play out amongst the tight turns, slick roots and steep forests of Innerleithen.

The EWS-E riders are the first to take to the start line on Thursday, when they will race a huge three loop course that incorporates 14 stages, 56.7km of pedalling and an epic 3450m of climbing. 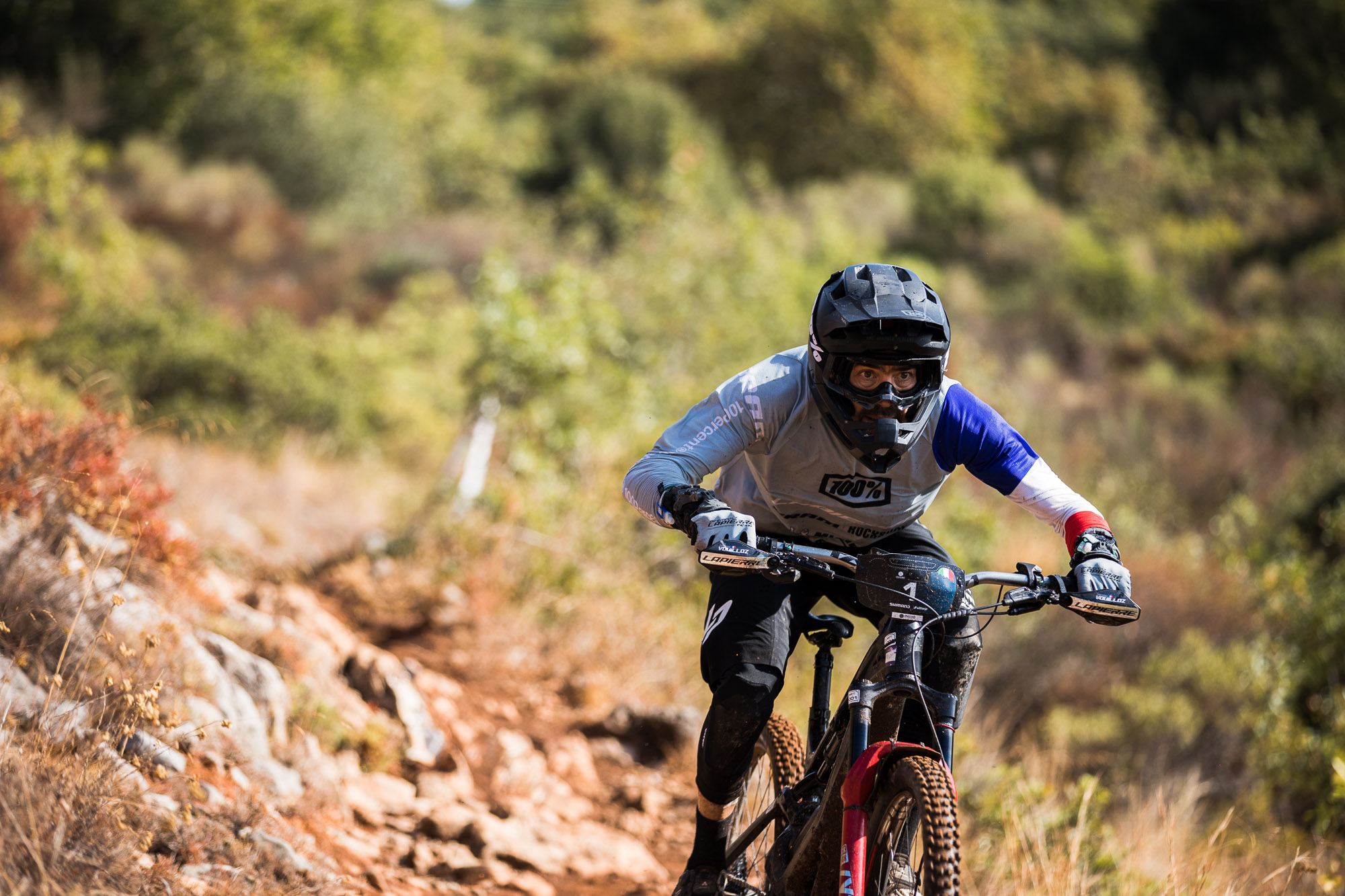 Laura Charles (Orbea Fox Enduro Team) and Nico Vouilloz (Lapierre Overvolt Team) have won both EWS-E races so far this season, and will start the race as favourites once again. However, they face stiff competition from the likes of Tracy Moseley, Jared Graves (Yeti/One Up Pro Team) and Vouilloz’s teammate Kevin Marry. There’s some leftfield competition in the form of Sam Hill (Team Chain Reaction Cycles) and former UCI Downhill World Champion Reece Wilson, both of whom make their EWS-E debut this week. 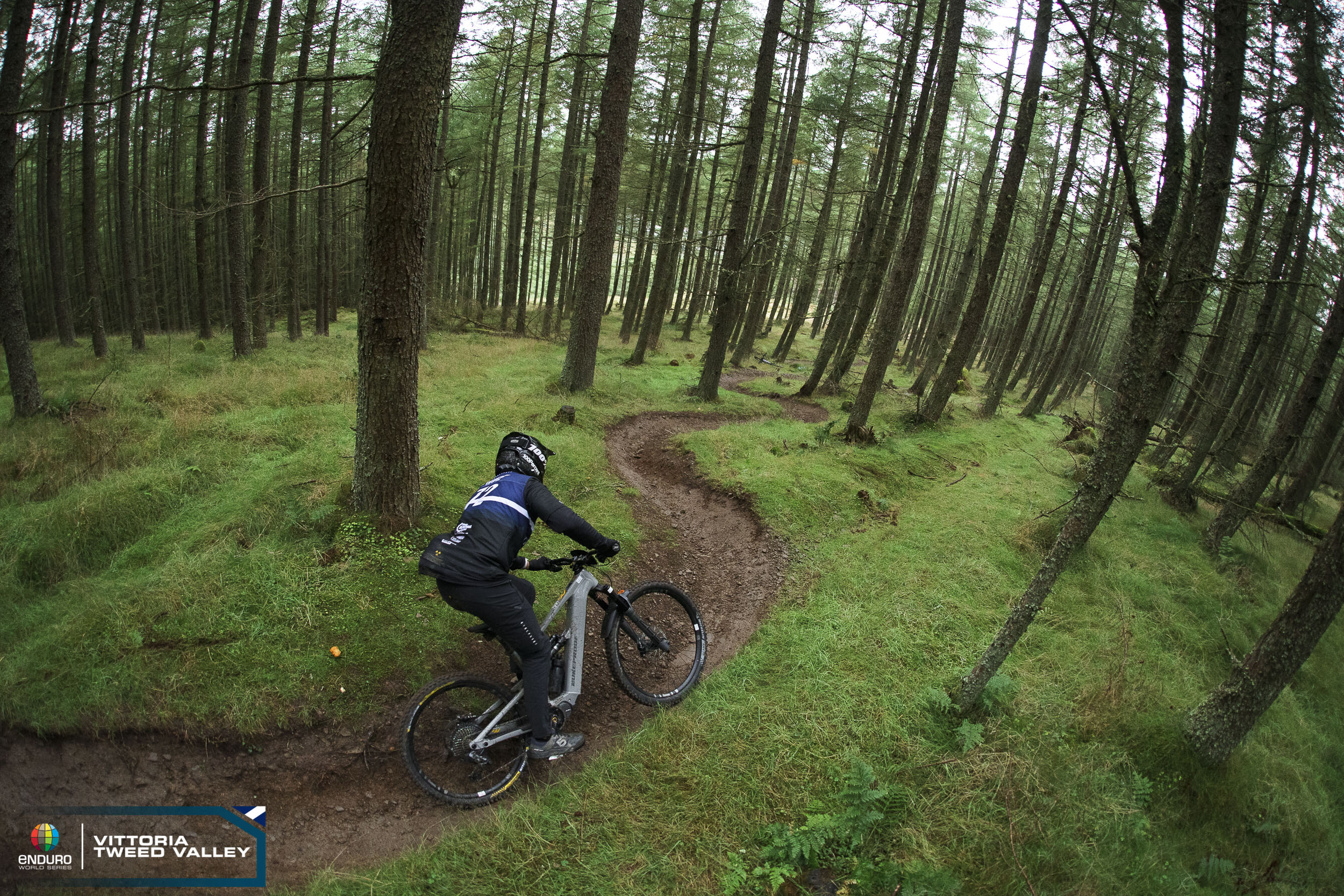 Sam Hill will race his first EWS-E in Scotland

On Saturday the ninth and final round of the EWS gets underway with the all important Pro Stage. This will be followed by five more stages on Sunday, with racers taking on 1860 metres of climbing and a course that covers 37km - with the stages accounting for over 10km of that. 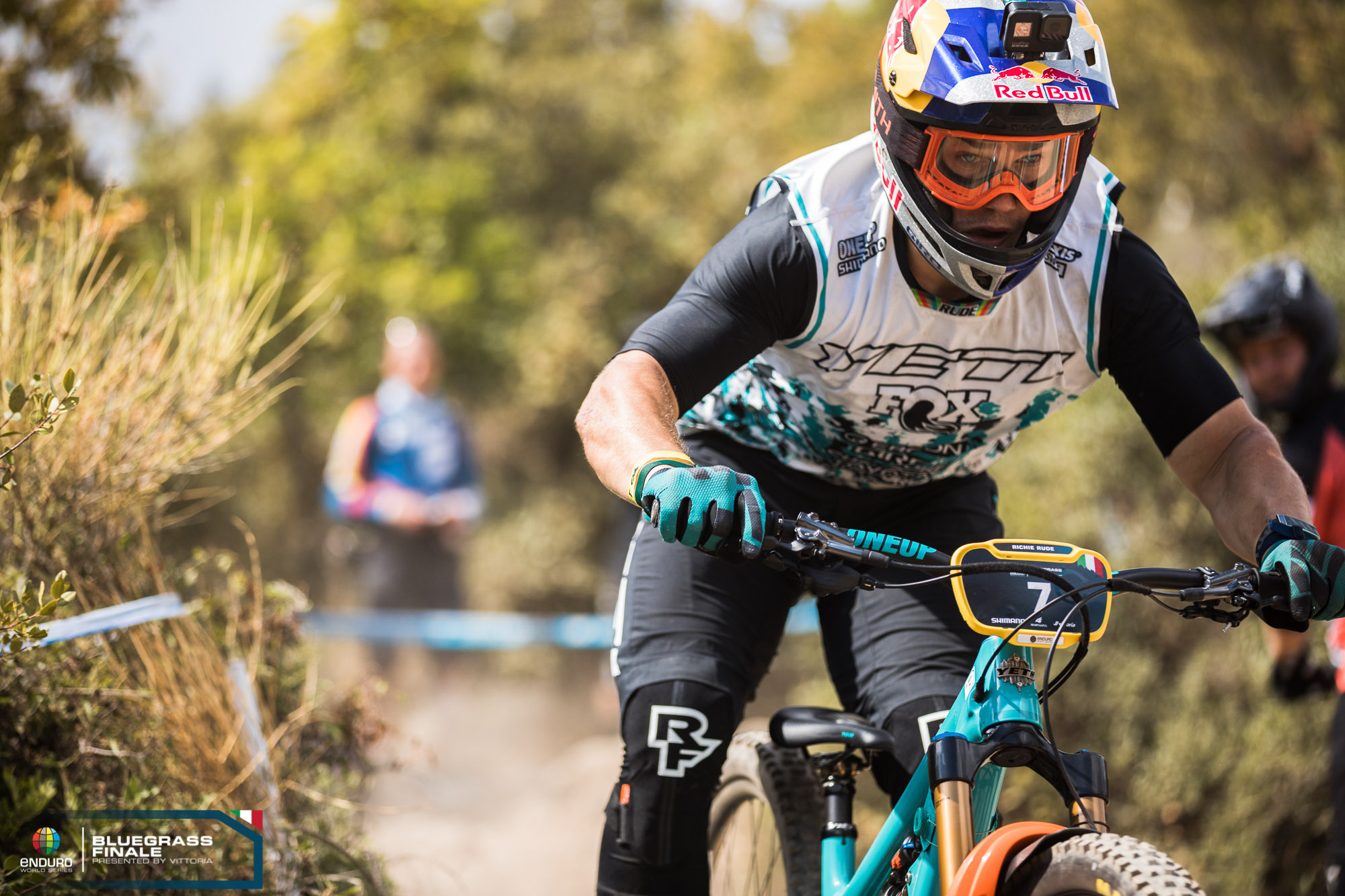 In the men’s competition the stakes have never been higher as Richie Rude (Yeti/Fox Factory Team) and Jack Moir (Canyon Collective) go head to head for one last time. Moir leads the championship by just 70 points - a margin so small it means every single point counts and the 2021 championship is unlikely to be decided before the final stage of the final race of the year. The race for third will also be decided in the Tweed Valley - with Jesse Melamed (Rocky Mountain Race Face Team) leading Specialized Racing’s Kevin Miquel by just 45 points. 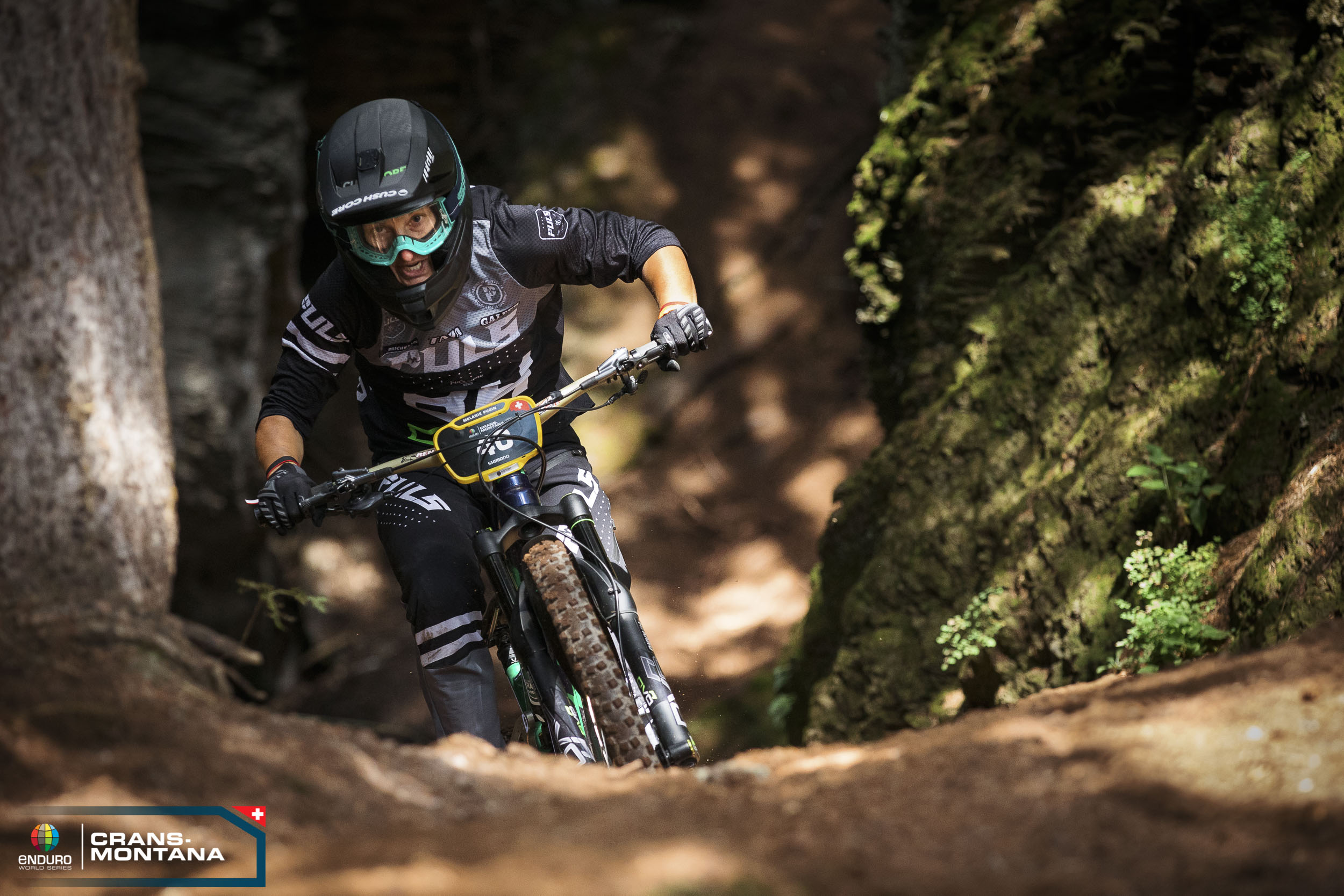 Melanie Pugin tops the women’s rankings with a commanding lead, but chasing her down will be fellow Frenchwomen Morgane Charre (Pivot Factory Racing) and Isabeau Courdurier (Lapierre Zipp Collective) who lay second and third respectively. However, there’s plenty of local talent ready to disrupt an all French podium; Harriet Harnden (Trek Factory Racing), Katy Winton and Bex Baraona (Ibis Enduro Team) will all be looking to turn on the speed for their home crowd for the first UK EWS in six years.

This week’s races form part of a wider festival that will see out the 2021 season in style, with an event village that features EWS Kids racing, the Drop and Roll Tour with Danny MacAskill, a film night, coaching sessions and ride outs.

More information about this week’s event can be found here. 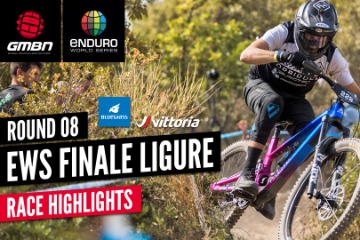 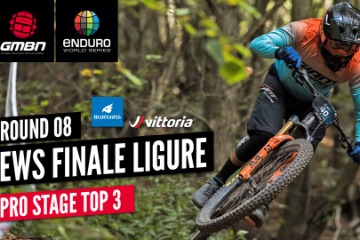 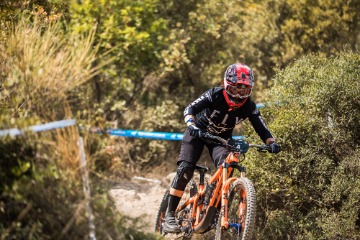