The second race at Vittoria EWS La Thuile ensured the fourth round of the series was every bit as dramatic as the third just a few days earlier. 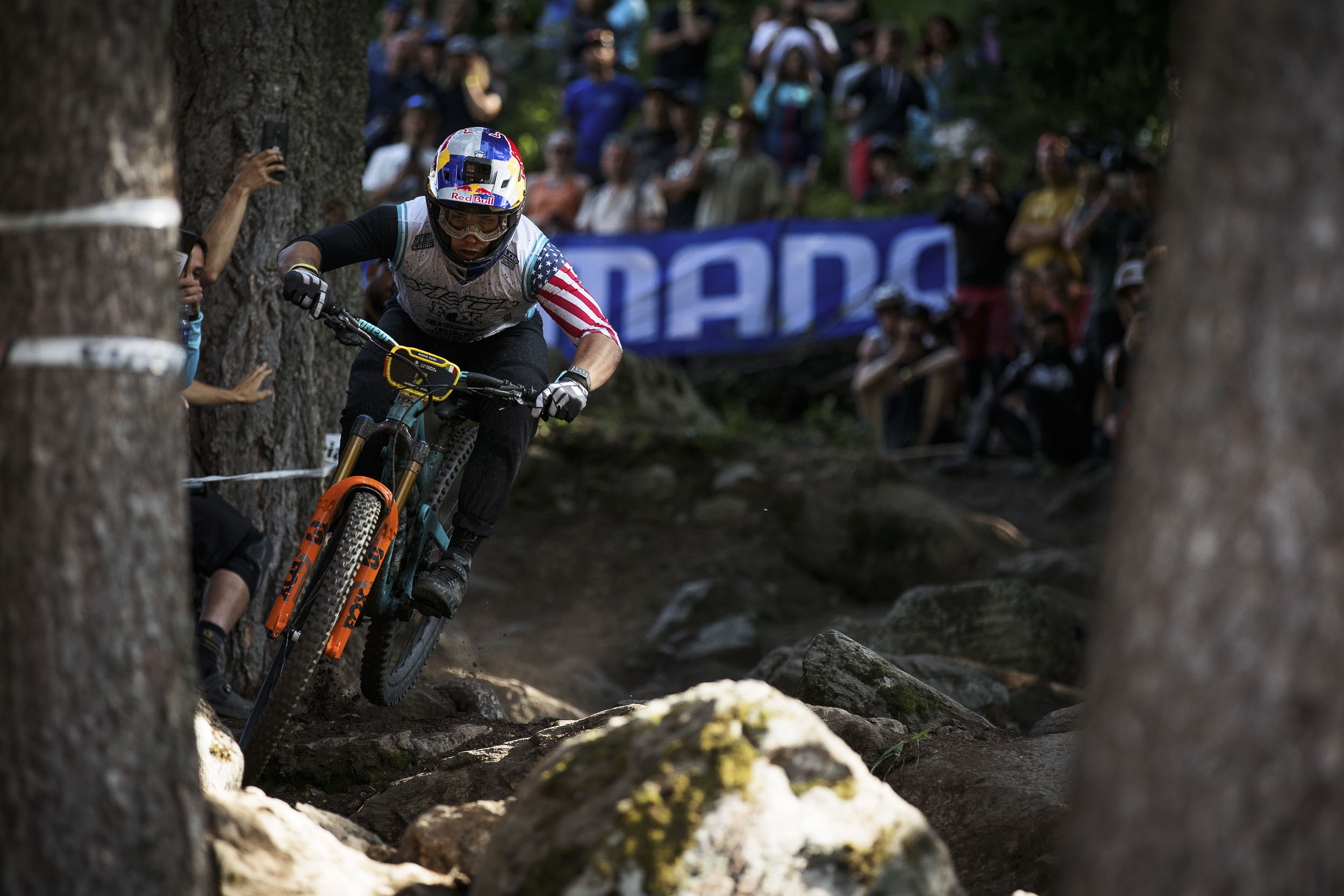 Richie on his way to the Pro Stage win

Riders started their pursuit for glory on Saturday night with the Pro Stage, where it was Richie Rude (Yeti/Fox Factory Team) and Andreane Lanthier Nadeau (Rocky Mountain Race Face Enduro Team) who raced to victory and set the scene for an intense showdown on Sunday’s four stages. 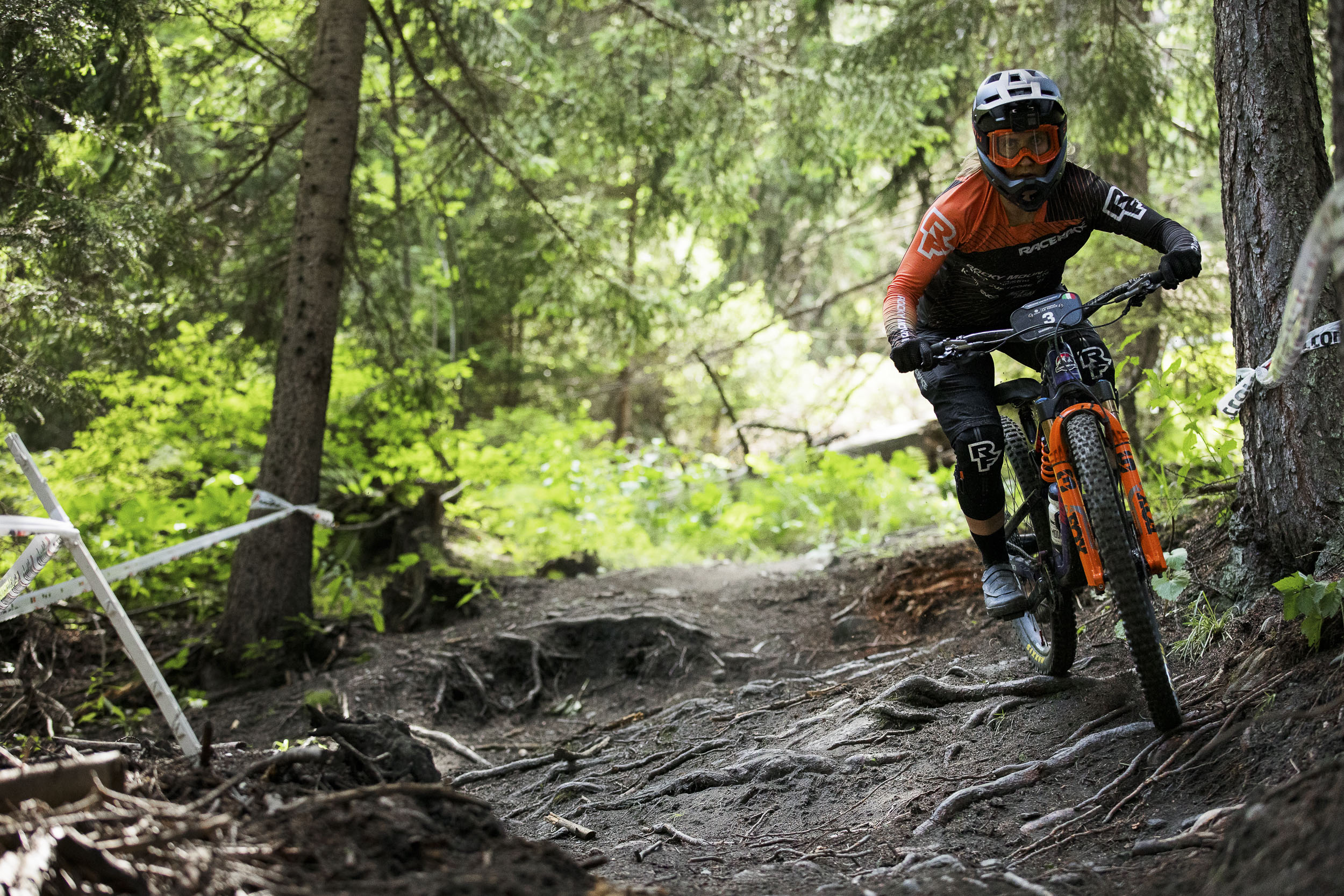 If Lanthier Nadeau’s seven second win on the Pro Stage seemed impressive, it became even more so when she revealed she’d sustained a dislocated ankle in the process. Undeterred, she took to the start on Sunday and would go on to extend her overall race lead to nine seconds heading into the final stage, only for a crash to rob her of her first EWS win. 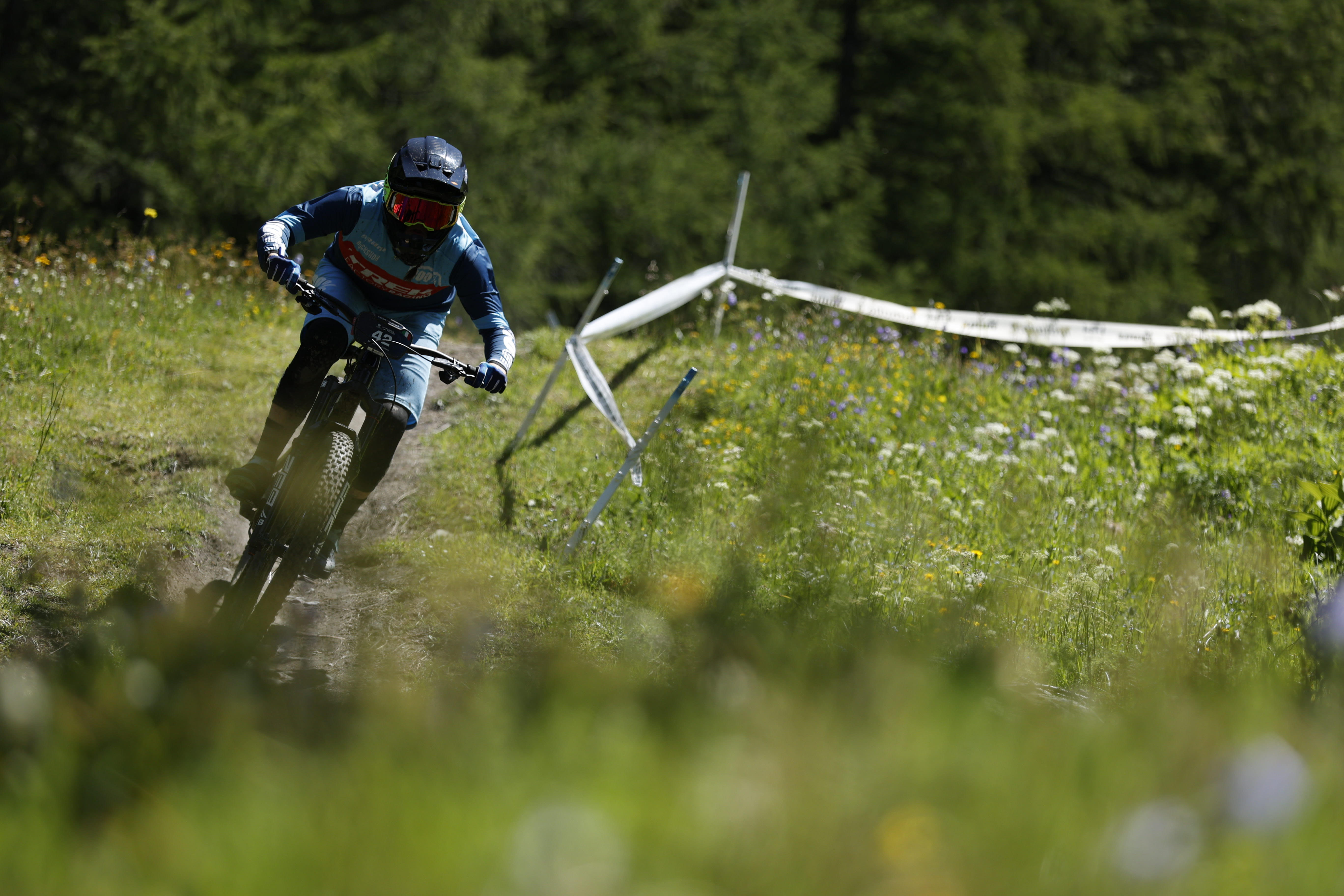 Hattie is the youngest ever winner in the women’s competition

Harriet Harnden (Trek Factory Racing) was having a better day at the office - winning the first stage of Sunday’s race as well as the last, which was enough to propel her to the win - her first in the Pro Women field. Melanie Pugin had to settle for second place, just one second behind Harnden. Isabeau Courdurier (Lapierre Zipp Collective) rounded out the podium in third. 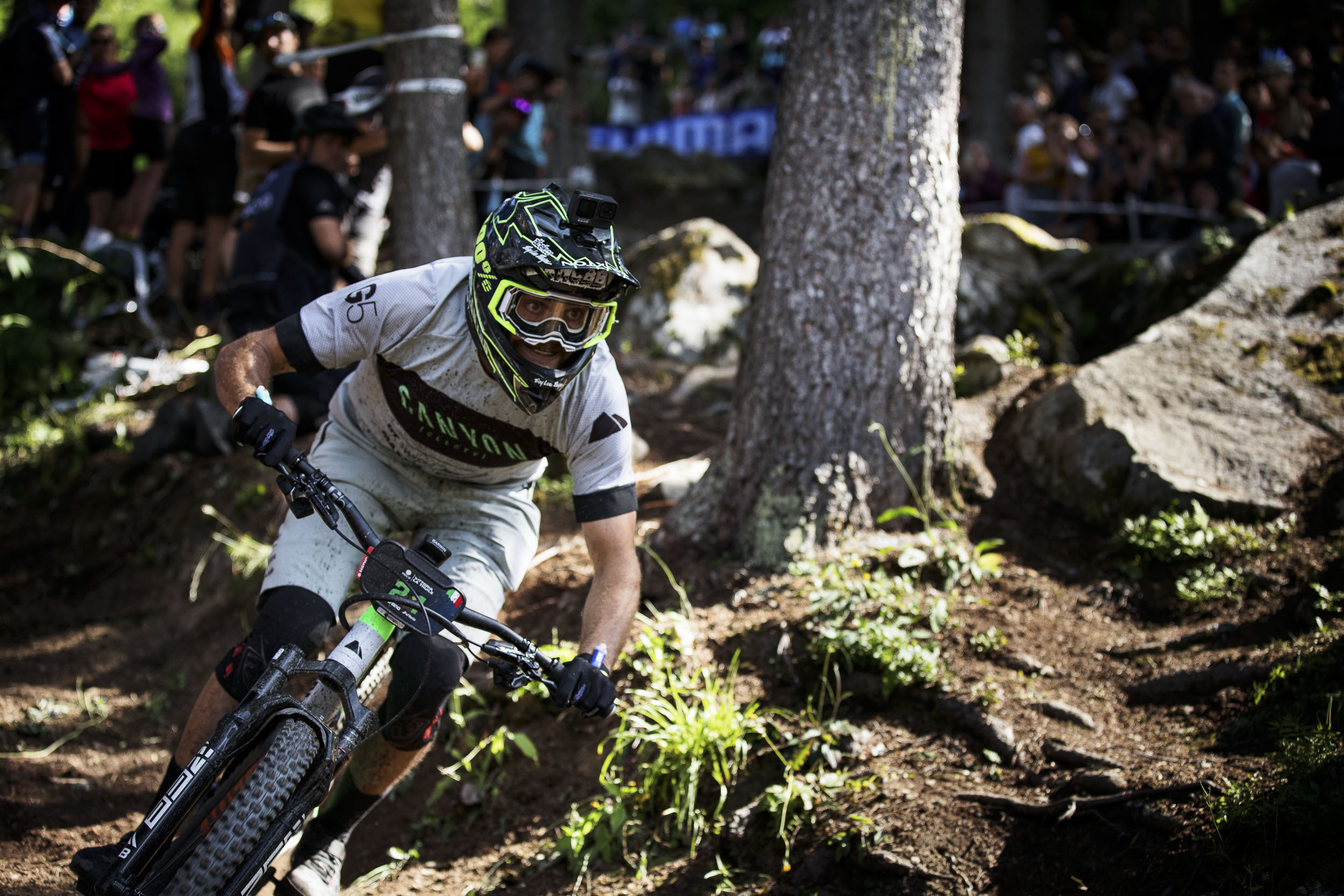 In the men’s field it once again came down to a straight battle between Rude and Jack Moir (Canyon Collective). Moir won the first stage on Sunday, before Rude took the next. Some mistakes on stage four cost Rude time, allowing Moir to put the power down and go on to win the race by an impressive 13 seconds. With two races each to their name this season, the battle between Rude and Moir looks like it will only intensify heading into the next block of racing. 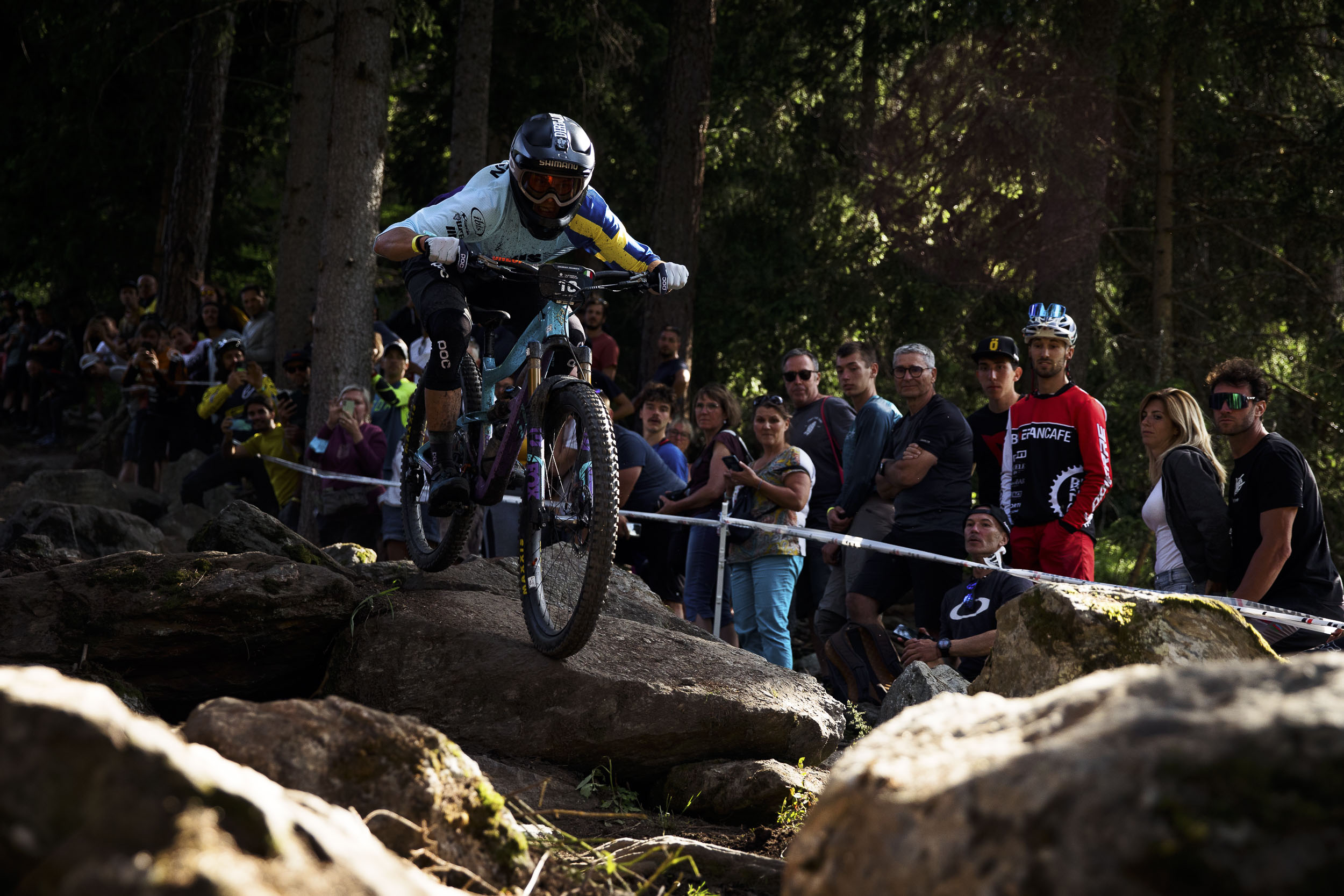 Johansen on his way to his best result to date

Rounding out the men’s podium was Zakarias Johansen (Ibis Enduro Team) with a career best third place finish. The Swedish national champion rode consistently all day to finish third on the first four stages and then second on the final stage of the day.

Luke Meier-Smith made it two for two in La Thuile in the U21 Men, taking 20 seconds out of nearest opponent second placed Jamie Edmondson. Francescu Camoin (Specialized Racing) claimed the third step of the podium. Simonka Kuchynkova won U21 women by an impressive 46 seconds, with Sophie Riva in second and Justine Henry in third.

Canyon Collective were Team of the day, whilst Trek Factory Racing and Ibis Enduro Team both scored 990 points. With Harnden’s win making her the highest placed rider of the two teams Trek were awarded second and Ibis third.

After four rounds it’s still Melanie Pugin who leads the overall rankings in the women, with Harriet Harnden in second and Isabeau Courdurier third. In the men’s competition Richie Rude still has the lead over Jack Moir - but by only five points. Jesse Melamed (Rocky Mountain Race Face Enduro Team) retains his position in third.

The series now takes a break until the next block of racing which will kick off with Michelin EWS Loudenvielle in France on September 2nd. 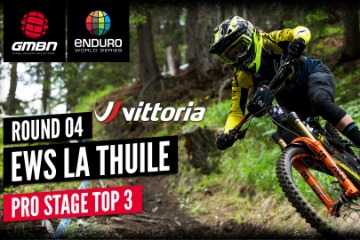 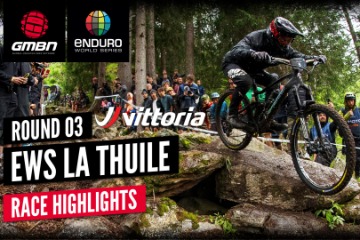 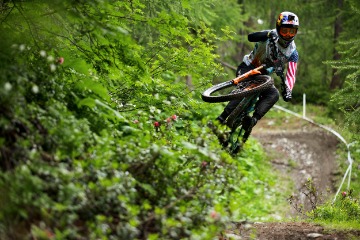