The 2021 Enduro World Series will offer up some more back-to-back racing in Italy this week at Vittoria EWS La Thuile.

The stage is set for an extraordinary week of racing in the most extraordinary of settings; the world’s fastest riders will gather in the shadow of Mont Blanc to take on some of Italy’s toughest trails twince in a single week. 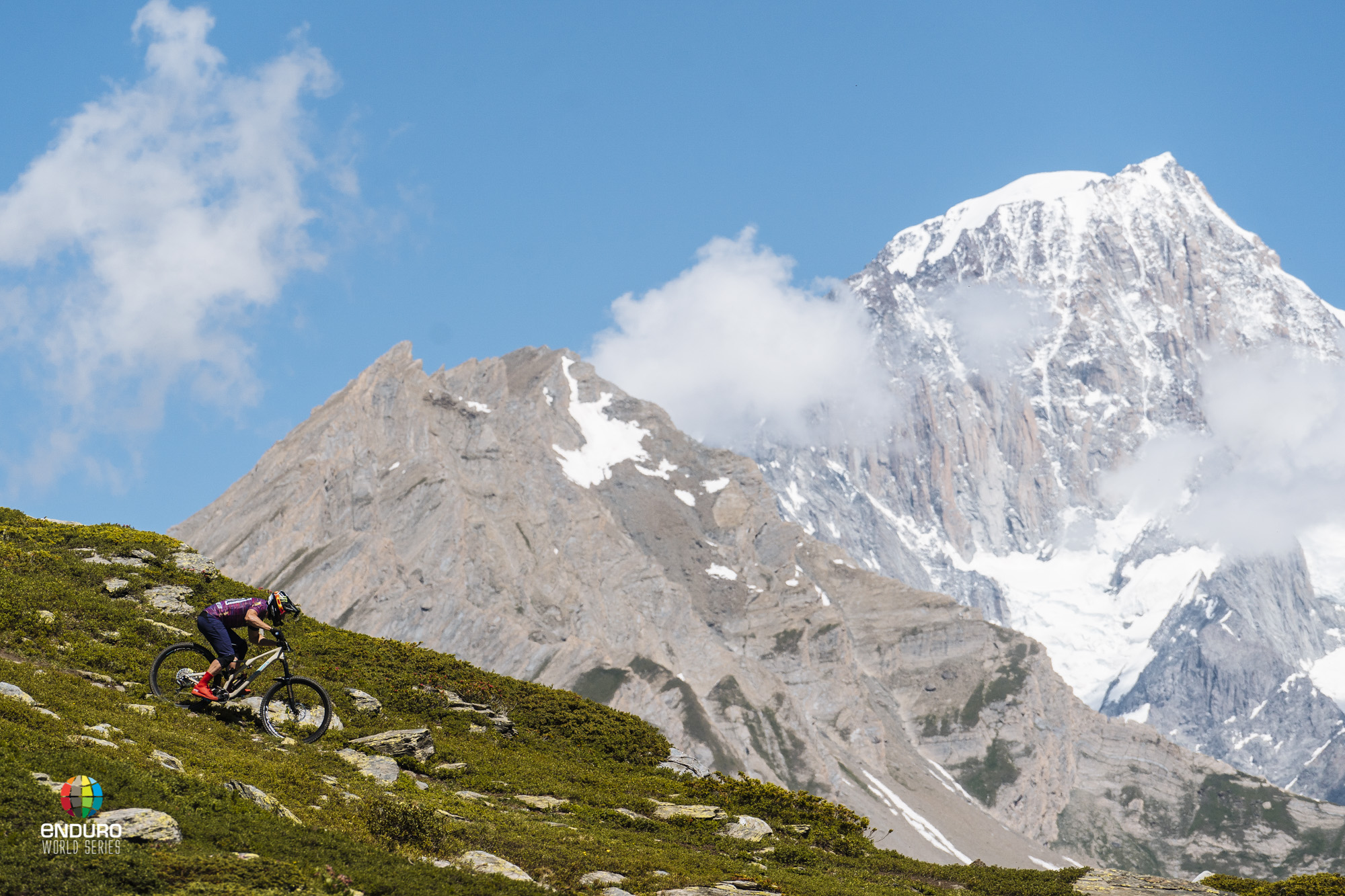 Racing kicks off with a pro-only race on Thursday that will see the biggest names in the sport take on four big stages in a single day. The 30km course features over 2700 metres of descent, with a mixture of chairlift and pedalling to access the fast and steep stages.

In the women’s race all eyes will be on series leader Melanie Pugin. After her win at race two at Met Helmets EWS Val Di Fassa Trentino, the French rider is 50 points clear of second placed Morgane Charre (Pivot Factory Racing). Last time Pugin raced La Thuile in 2018 she didn’t finish the race, but with the stakes high and the weight of expectation upon her, expect a very different outcome this time around.

Chasing down Pugin will be Charre and two times Series Champion Isabeau Courdurier (Lapierre Zipp Collective). Charre leads Courdurier by a mere five points in the rankings, setting the scene for an intense battle between the three top ranked women, who all won a race apiece in 2020. Also keep an eye out for Harriet Harnden (Trek Factory Racing) - the former U21 Series Champion scored a podium at round two in her first season in the elite category last week and will be after more of the same. 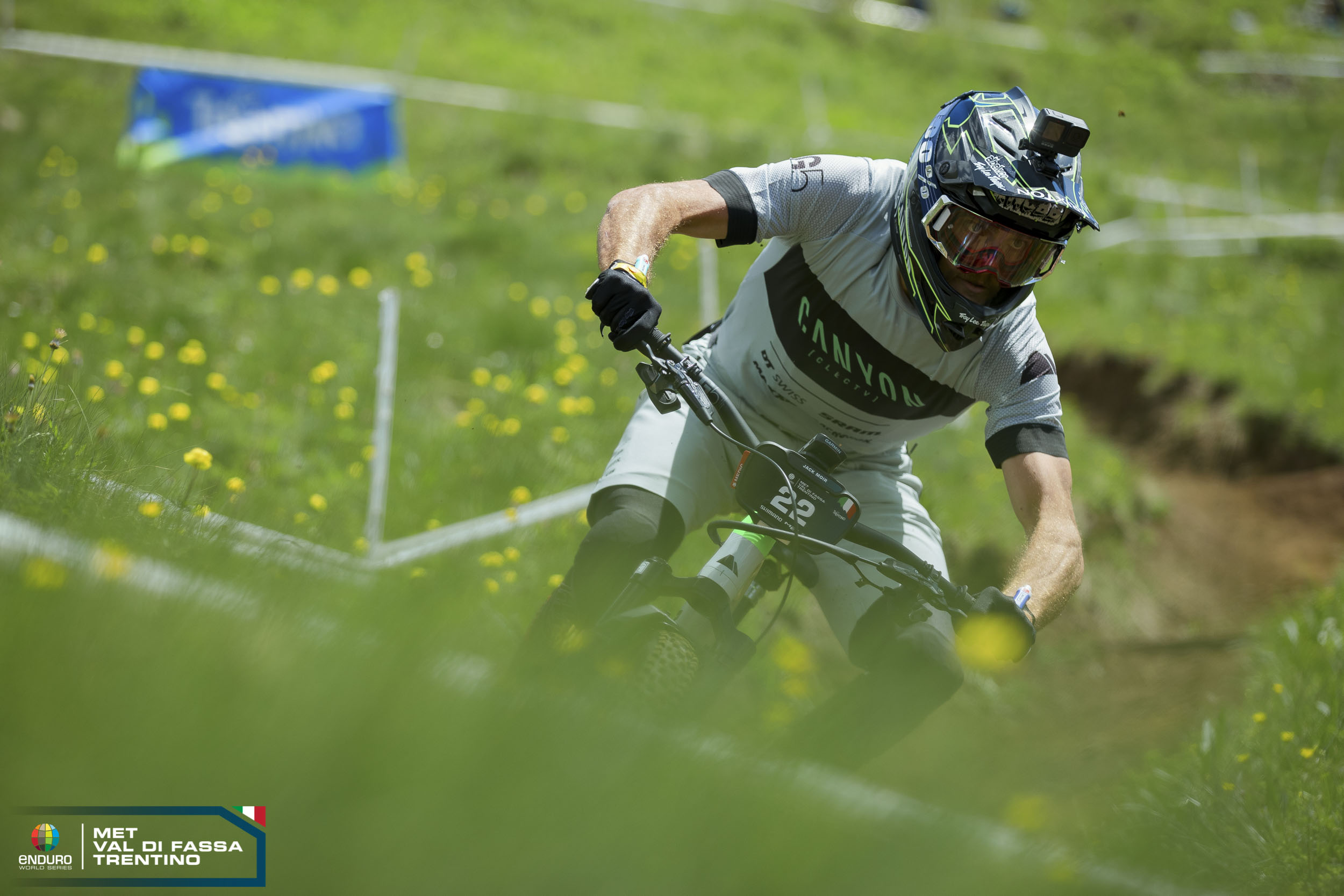 In the men’s competition it looks set to be a straight battle between series leader Jack Moir (Canyon Collective) and winner of the first race of the season Richie Rude (Yeti/Fox Factory Team). Moir leads out Rude by just 10 points in the overall ranking, making the outcome far too close to call. However, what we can be sure of, with points margins this tight, is that it puts extra pressure on both riders to perform well in both the Pro and Queen Stages in a battle where every point will count. Jesse Melamed (Rocky Mountain Race Face Enduro Team) and Charles Murray (Specialized Racing) are also strong contenders - with a podium each at the first two rounds.

Saturday will see the EWS100 and EWS80 racers get between the tapes as they tackle 100 percent and 80 percent of the course respectively, followed by the professional riders taking to the Pro Stage on Saturday night. This short, fast stage will determine the seeding order for Sunday’s stages as well as offer up extra points for the top five finishers. The pros then face a further four more Stages on Sunday to conclude a huge week of racing. 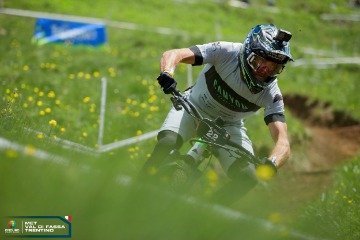 Moir and Pugin dominate in the Dolomites