The latest EWS Qualifier went down in Australia at the weekend with an absolutely stacked field of riders lining up at the Fox Superflow sealed by Stan’s gravity enduro race.

Rocky Trail Entertainment summoned its second-biggest crowd of Fox Superflow racers on one day out on track at Awaba with over 320 on course on the EWS Qualifier Sunday along with another 150 on the Saturday.

All competitors could clock in up to five race times on each of the trails, which offered perfect racing conditions, thanks to the many building and trail maintenance hours put in by the local Hunter Mountain Bike Association after the recent wet weather. 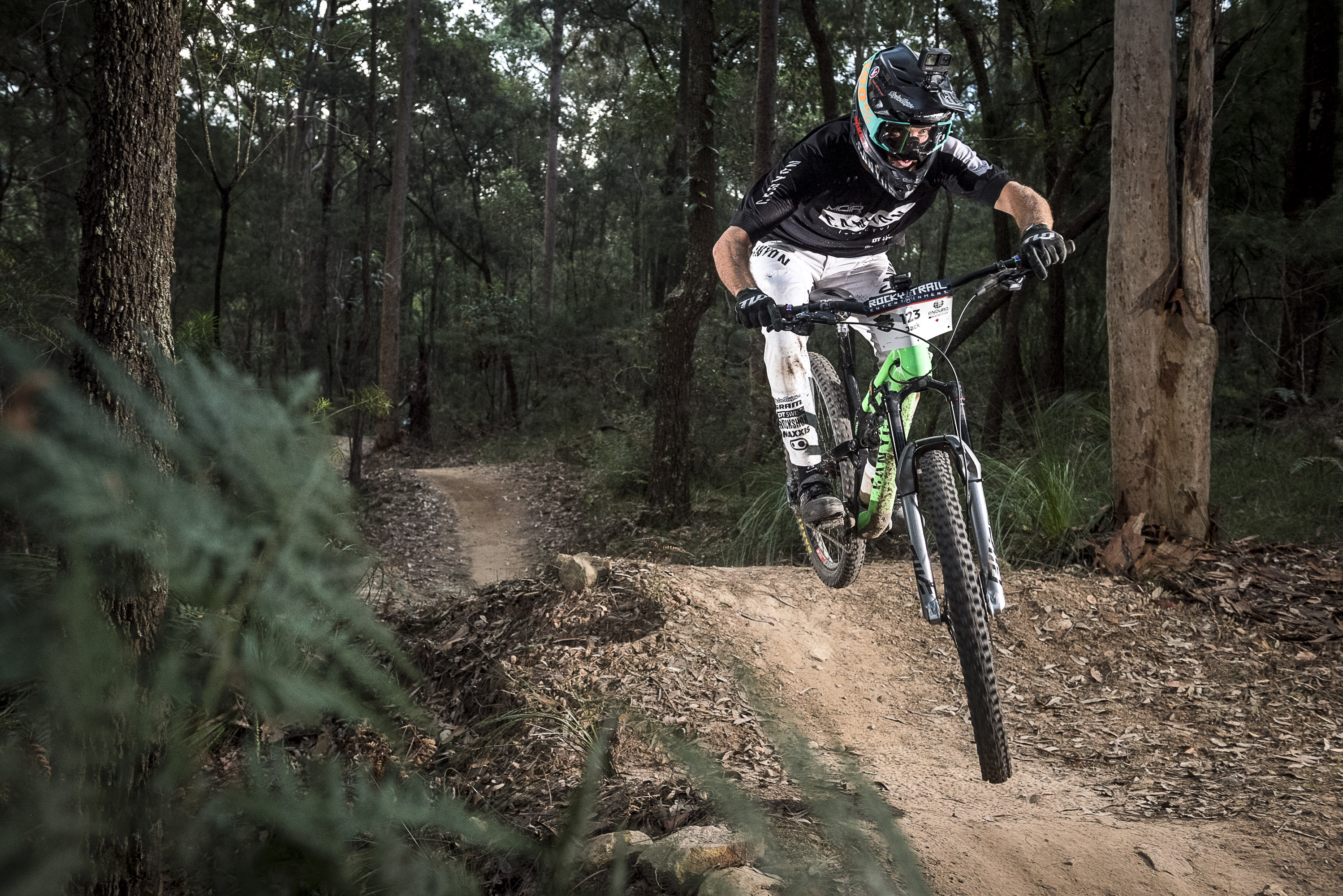 Jack Moir of Canyon on his way to the win. Pic: Outer Image

Some of Australia’s top athletes smashed it down some of Awaba’s brand new trails – local club racer and Canyon Collective rider Jack Moir absolutely smoked the field with 6:49.8 in the Fox Superflow 3-track classification for the outright win, taking ten seconds from Ryan Gilchrist from Port Macquarie. Luke Meier-Smith from Comboyne came in overall third in 7:06.8.

The local made their mark on the race; Jack Moir from Yarrwonga Park at Lake Macquarie also took out the EWS qualifier Men’s race, clocking in six race times in a total of 12:45.0 ahead of Adelaide’s Sam Walsh who finished in 13:50.9. Newcastle’s Graeme Mudd hit his local trails and finished in 3rd with 14:04.7. 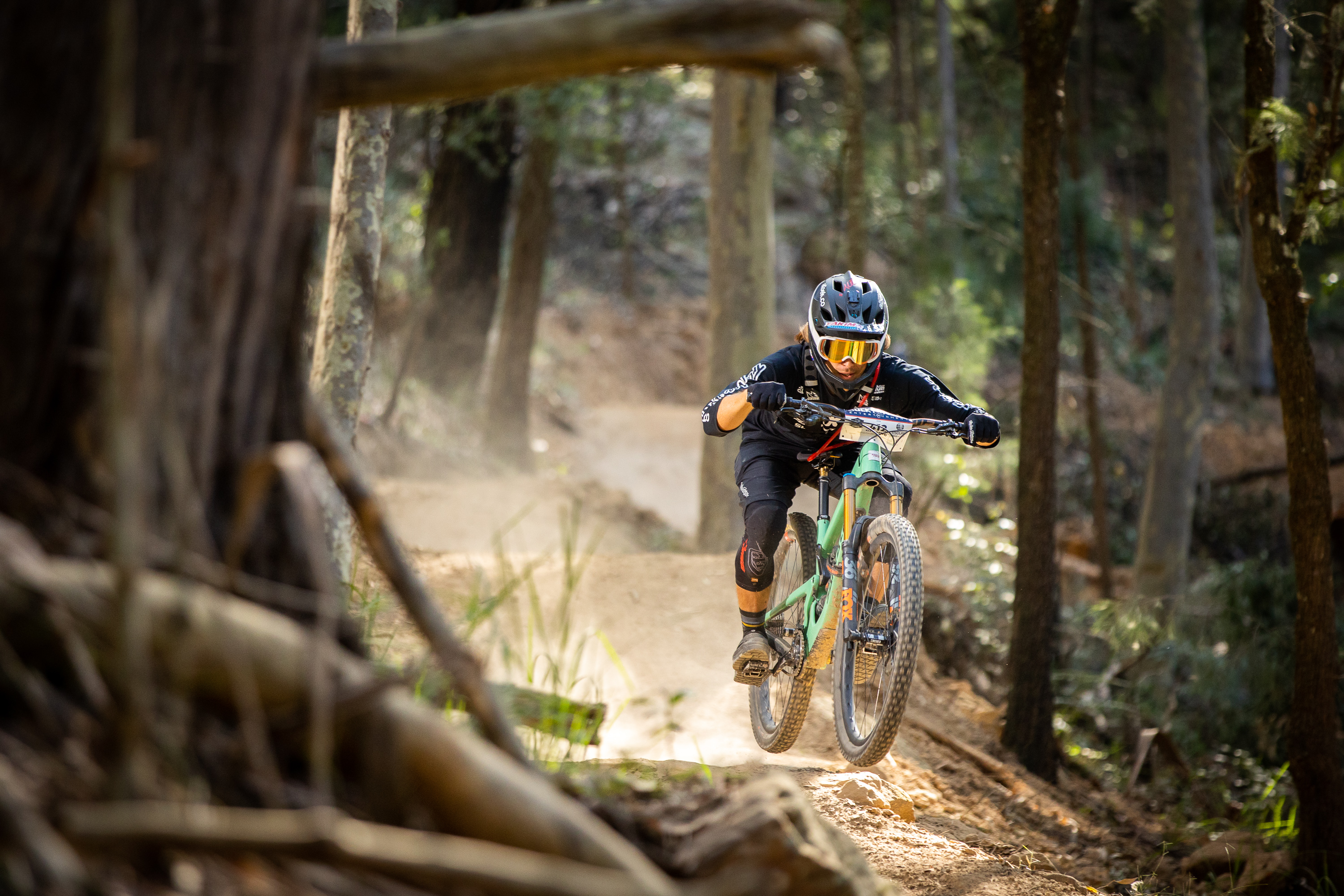 On the Saturday, with a top 20 race time on the Lazer Faulk Line trail, the 17-year old e-Bike Racer Connor Mielke was one of the top female racers with a final 8:10.4 at Awaba on day one of the Fox Superflow sealed by Stan’s. But the fastest female acoustic bike racer on that day was 14-year old Len Turkovic from Davidson NSW. 8:37.9min – what a pinner and one to watch this year in the series! 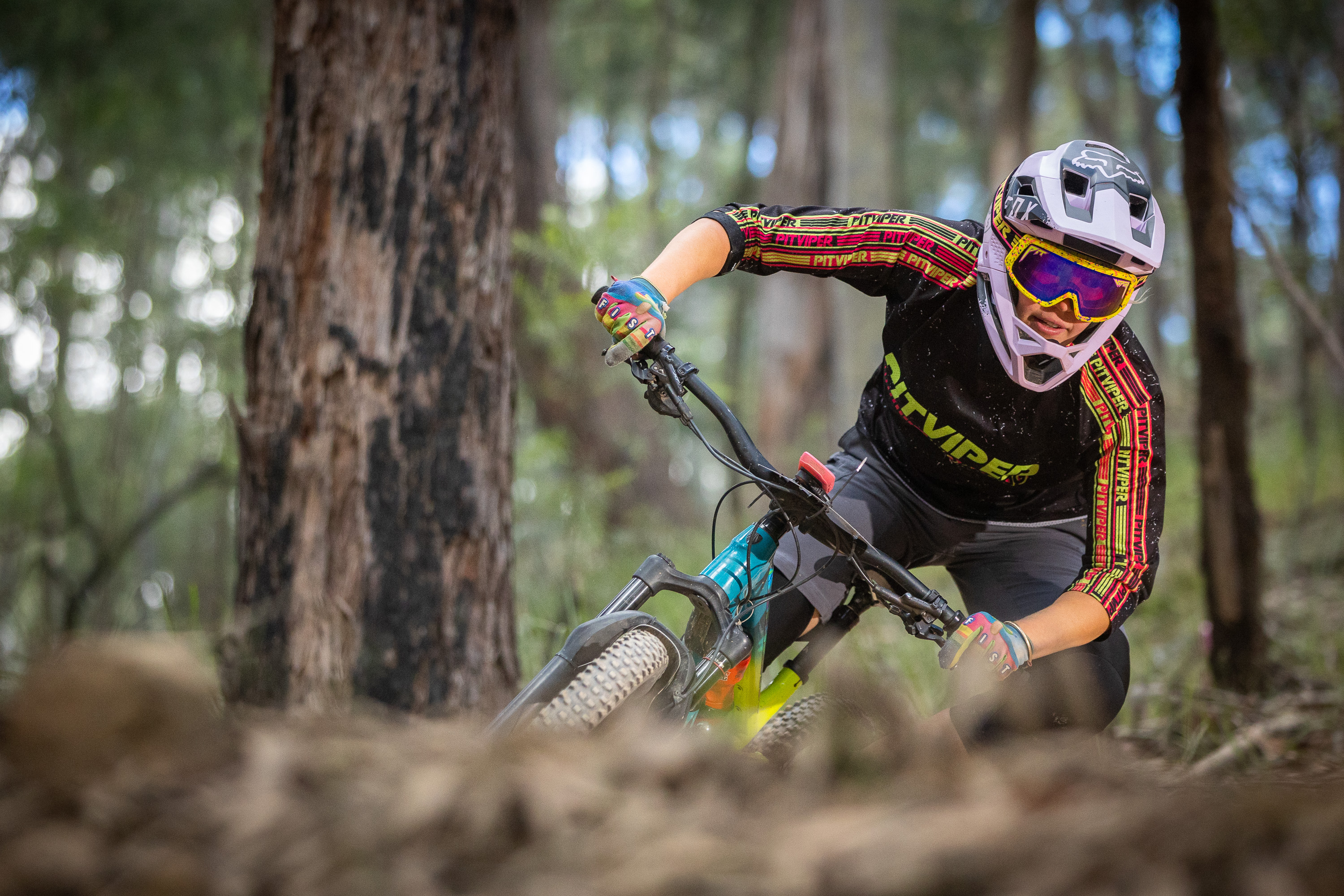 On the Sunday it was Zoe Cuthbert who once again stole the show, extending not only her outright female Fox Superflow Series lead, but also taking the top podium in the EWS qualification in 16:38.4 ahead of QLD racer Isabella Lemond from Indooroopilly (19:41.1) and fellow Canberran Emily O’Brien (29:05.1).

In the Fox Superflow, Cuthbert won the female title too with 8:14.7 based on the general 3-race track results classification ahead of Connor Mielke (8:17.3) and Eleni Turkovic.

Juliane Wisata from Rocky Trail Entertainment said that with its motto ‘race the way you ride’ the Fox Superflow events have had a loyal following in NSW and the ACT for over a decade and more recently they have also taken the Queensland and Victorian gravity racing communities by storm. The Awaba event had been one of the biggest of its kind at that MTB Park near Newcastle.

Wisata said: “It was great seeing some of those big hitters of the Australian gravity enduro scene on the tracks at Awaba and with a Rocky Trail race plate on!”

The Fox Superflow had been gaining popularity, she explained, because it was a challenging and tough event, but a social race at the same time. Rocky Trail had invested heavily over the years in making this the most flexible race format. She added; “This is the perfect event for the highest-selling types of bikes right now: all-mountain and e-Bikes. First-time, e-Bike and casual racers will get as much of a thrill and fun out of it as an elite racer.”

In these events the competitors ride to the starts un-timed and then complete three race tracks, said Wisata. “What our racers love is that they get five attempts on each track until they nail it – the fastest time on each counts. Plus, there’s chip timing that’s live online – they cross the line and can check their times, go back up and do it again to shave off those valuable seconds!”

It was about making the day your own adventure, the faster and harder you go, the more of a challenge the race presented, Wisata said. For the EWS classification, the racers had to compete on a fourth race track, which was a more technically challenging trail and required a full face helmet protection.

“It was exciting especially for the many juniors to rub shoulders with the experienced EWS racers at the starts, an awesome vibe,” Wisata said.

Everyone has been commenting on the brand-new “Wild Polly” trail that just opened, which is part of the Stan’s race track today and everyone loves the Biraban trail, which is featured in the Fox race track. All these trails are part of the amazing trail network at Awaba MTB Park, the home of the Hunter Mountain Bike Association and today we are sending a huge shout-out, hug and so much love to Coleen ‘Polly Waffles’ Kehoe, one of the committee members and trail builders together with her husband Rick at Awaba. Polly had a tragic mountain biking accident here at the park in December and is still recovering from a severe spinal injury. Polly is one strong woman and a kind one at that, always ready to help and one of our core crew members for all things gravity at Awaba and during the many years of our NSW Downhill series. A fundraiser at the event and the Fox Superflow racers generated close to $1500 – you can still donate via their online portal.

Full EWS results from the race can be found here 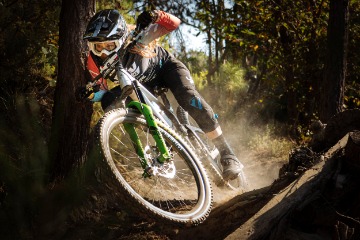 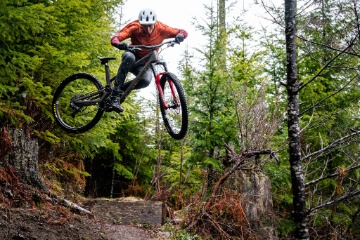