We have been blown away by the response to the Enduro World Series Podcast and as a result are continuing to try to get you your dose of enduro racing news and tech delivered to your ears weekly. If you haven’t had a chance to catch up with the show yet then you can download it here:

To listen to The Enduro World Series Podcast on Apple Podcasts, CLICK HERE.

To listen to The Enduro World Series Podcast on Google Podcasts, CLICK HERE.

In the first installment Ruaridh Cunningham and Ric McLaughlin discuss the new Nukeproof Bikes Giga and whether or not long-travel enduro race bikes are simply the new normal or an option that the EWS pro’s will flit and jump between. They also discuss stand-out 2020 performances, enduro street racing, mud and lockdown hair care. Tune in now and please hit ‘subscribe’ as we begin to build up the excitement ahead of the 2021 Enduro World Series and EWS-E getting underway later in the year.

In episode two there’s many Enduro World Series pro's making announcements, upping sticks and moving teams. Ric and Ruaridh set about the mammoth task of attempting to untangle which EWS pro's will be riding for what teams this season. The watering hole is shrinking and there are some big names still to announce! Plus they shed some light on how the dark art of rider contracts work, who needs to hurry up and find a seat and, on paper at least, which teams are looking like contenders for the 2021 Teams Championship already.

Episode three sees Ruaridh and Ric discuss Devinci's announcement that they are committing to enduro and if they can be a factor in the overall Teams championship. We also discuss Forbidden's new Dreadnought as the latest long-limbed enduro frame breaks cover alongside the future of EWS and EWS-E courses. Will we see the first 6000m of vertical course by the end of the year?! Also, they answer your questions! And there's everything from dream destinations to bear fights involved!

In episode four Ric and Ruaridh discuss some news about the EWS calendar, the first EWS Qualifier of the year in Falls Creek and our NEW BIKES! Well, Ric's new bike... It's another whistle stop tour of Planet EWS with the guys discussing topics including Lapierre Zipp Collective's new young gun, how important comfort on an enduro bike is and whether or not it's better to be best mates with your teammate or your mechanic. Plus, they answer your questions in the second instalment of our Ask Us Anything section.

With all the Enduro World Series and EWS-E entries now live and all but a few being accounted for it definitely feels like we've been asked to stow the tray tables in preparation for final descent into the 2021 race season! In episode seven the boys discuss the official launch of (nearly) all of the official teams with some notable names having quietly traded pit spaces. There's also discussion about the new Husqvarna E-Bicycles Racing team and their headline signing of Alexandre Fayolle. They also report on Trek Factory Racing's injured Florian Nicolai, attempt a video round-up and debate what it means to be a 'season' rider... 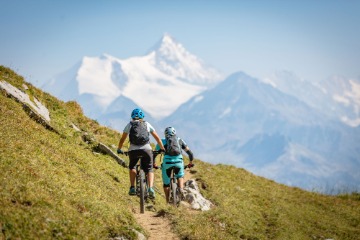