Italian tyre manufacturer Vittoria have announced that they are coming on board as the title sponsors of no fewer than three Enduro World Series (EWS) and one EWS-E round in 2021. They will also be a presenting partner of the Trophy of Nations in Finale Ligure. After the success of our first ever race in Pietra Ligure in 2020 which saw the historic brand’s backing, they have committed to supporting a further pair of races in their native Italy as well as the exciting season finales in Scotland.

The Vittoria EWS La Thuile will be the first of those rounds and will itself be a milestone event as it will be the first double round of 2021. The idea of the double round (where two points-paying races take place during the same week) came about in response to the logistical difficulties posed by making racing happen in 2020. It is being carried over into the new season as a way to offer up increased opportunities for racers, teams and fans alike whilst also helping to reduce travel costs and environmental impact.

La Thuile is a classic EWS venue and last featured on the championship roster back in 2018 when it was won by Chain Reaction Cycles’ Sam Hill and Commencal’s Cecile Ravanel and featured some of the steepest, most technical stages of the year. The venue has some real roots when it comes to enduro racing with many viewing it as one of the classic EWS stops.

Watch our own Ruaridh Cunningham and Ric McLaughlin take to the stages of EWS Pietra Ligure on Vittoria tyres, here:

Vittoria EWS Pietra Ligure will be the penultimate round of the 2021 season where the battle for the overall titles will be set to intensify! The round won many fans in 2020 with its combination of the famous Liguarian hospitality and beautiful network of fast, flowing trails. Last season, a lot of the focus naturally fell on the second ever EWS-E course but for 2021 Pietra is going to be all about building one of the best EWS races ever. 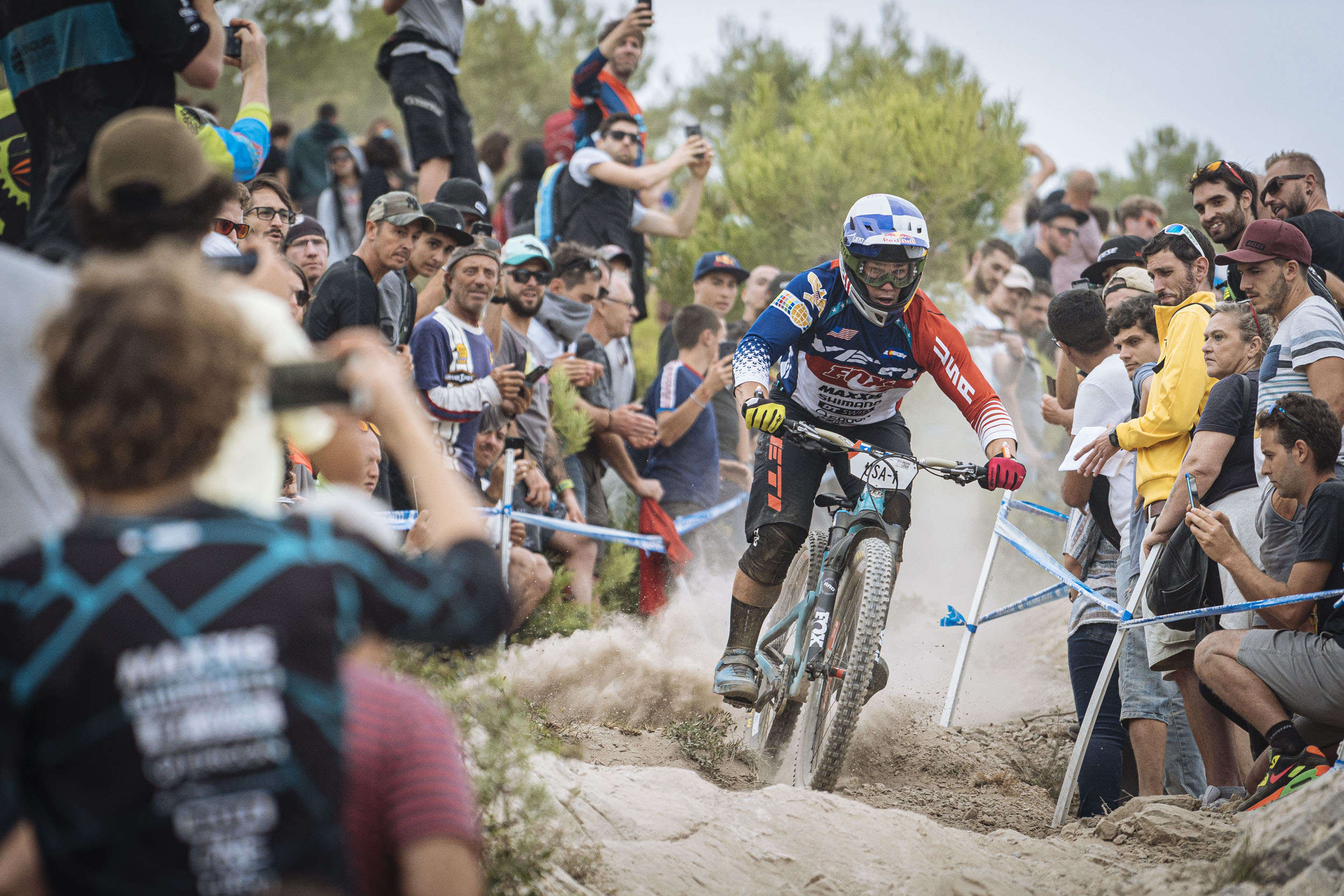 Richie Rude pins it down the iconic Men’s DH ahead of collecting gold with Team USA. Pic: Duncan Philpott

The Bluegrass Trophy of Nations presented by Vittoria will see an emotional return to the stages of Finale for the fascinating three-up team format which first roared into life in 2019. Last season, the event took a break during the global pandemic but we’re more excited than ever to get it back on the calendar for this year and pit nation against nation to find out who will take the coveted rainbow stripes of a UCI World Champions.

The final pair of races supported by the brand will be two of the biggest; Vittoria EWS-E and Vittoria EWS Tweed Valley. That particular corner of Scotland, just south of the capital Edinburgh, has long been one of the UK’s biggest hotbeds of mountain bike culture and is also where the EWS is based. Having titles decided on its trails will be the stuff of legend and is sure to produce no shortage of drama!

”We’re really excited to have Vittoria onboard for 2021,” EWS Managing Director Chris Ball said. “We first started working with them in Pietra Ligure this year and immediately recognised that they shared our passion for enduro racing. The upcoming season is one of the most exciting that we’ve ever put together and it feels great to have them  as a major part of it.”

To find out more about Vittoria’s range of enduro-ready tyres click here.

2021 is our biggest racing calendar EVER!

The fastest bikes of the EWS