Jump on board with Jesse

When the history books are opened years from now there’s going to be quite a lot to discuss as far as 2020 is concerned. As far as the Enduro World Series is concerned one of the central talking points will be Rocky Mountain Race Face’s Jesse Melamed’s brace of wins at Specialized EWS Zermatt and Bluegrass EWS Finale Ligure.

Melamed, previously an EWS winner at his home round in Whistler back in 2017, was one of the riders on most people’s pre-season ‘ones to watch’ list and what we saw at both those rounds was a rider converting raw pace into winning performances.

Jesse’s YouTube channel is well worth a subscription as he documents his time on the road and pushes the limits on his local trails but, when it comes to on boards, you can’t beat race action!

In Zermatt, the snow clouds closed in on the morning of race day and prompted a last-minute reshuffle of the race course leaving a two-stage sprint for victory. Battling to stay warm whilst keeping your head focused on what lay ahead cannot have been easy but Jesse put two clinically incisive runs together to take victory by 4.64 seconds from the winner of the same event 12 months previously, Martin Maes.

Melamed emerged from battle at round two at Vittoria EWS Pietra Ligure with a seventh place whilst being comfortably on the pace throughout. The last race of the year was held at a venue that the Canadian knows well and rewards hard-charging; Finale Ligure.

As part of Team Canada, Jesse had got on to the podium at the famous Italian venue during the 2019 Trophy of Nations race with a third place finish. For the return to the regular EWS racing format in 2020, Jesse shone. Despite a superb race from Trek Factory Racing’s Florian Nicolai, there was no catching the Canadian who took the win by 8.98 seconds.

Our official media partners over at GMBN Tech took a closer look at Jesse’s winning machine; the Rocky Mountain Altitude. Check it out here:

Remember to stay tuned to the site and the Enduro World Series social media channels for all the news, calendar announcements and tech as we start to prepare for 2021. 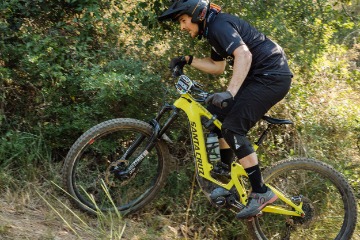 Planning to race EWS-E next year? Watch this!

Video: behind the scenes at an EWS race 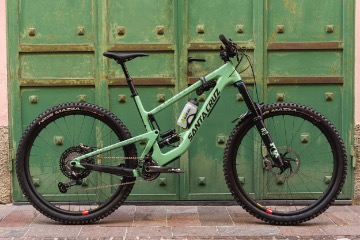