Zermatt 2019; not that long ago if you look at the calendar but it feels like it has been much, much longer... The ravages of the Covid-19 global pandemic were a nightmare picture yet to be painted and everyone's focus was allowed to remain squarely on bike racing. And what a bike race we had! Here are the headline stories that dominated one of the most dramatic season finales in Enduro World Series history to get you excited for Specialized EWS Zermatt 30 August.

Sam Hill won things the hard way in Zermatt. In his previous two title-winning years he had exploded off into a points lead like a bullet from a gun at the first few rounds, built things up to pretty much 'insurmountable' levels by the half way point and then managed things to perfection on the way into Bluegrass EWS Finale Ligure. That was most definitely not the case in 2019. The year had started slowly with an illness-affected Sam unable to push as hard as he would have liked at the opening rounds but the Champ grafted away and narrowly missed out on a win at EWS Northstar. Mathematically, he was in the hunt and once that happens, only a fool would bet against the Aussiel getting the job done... 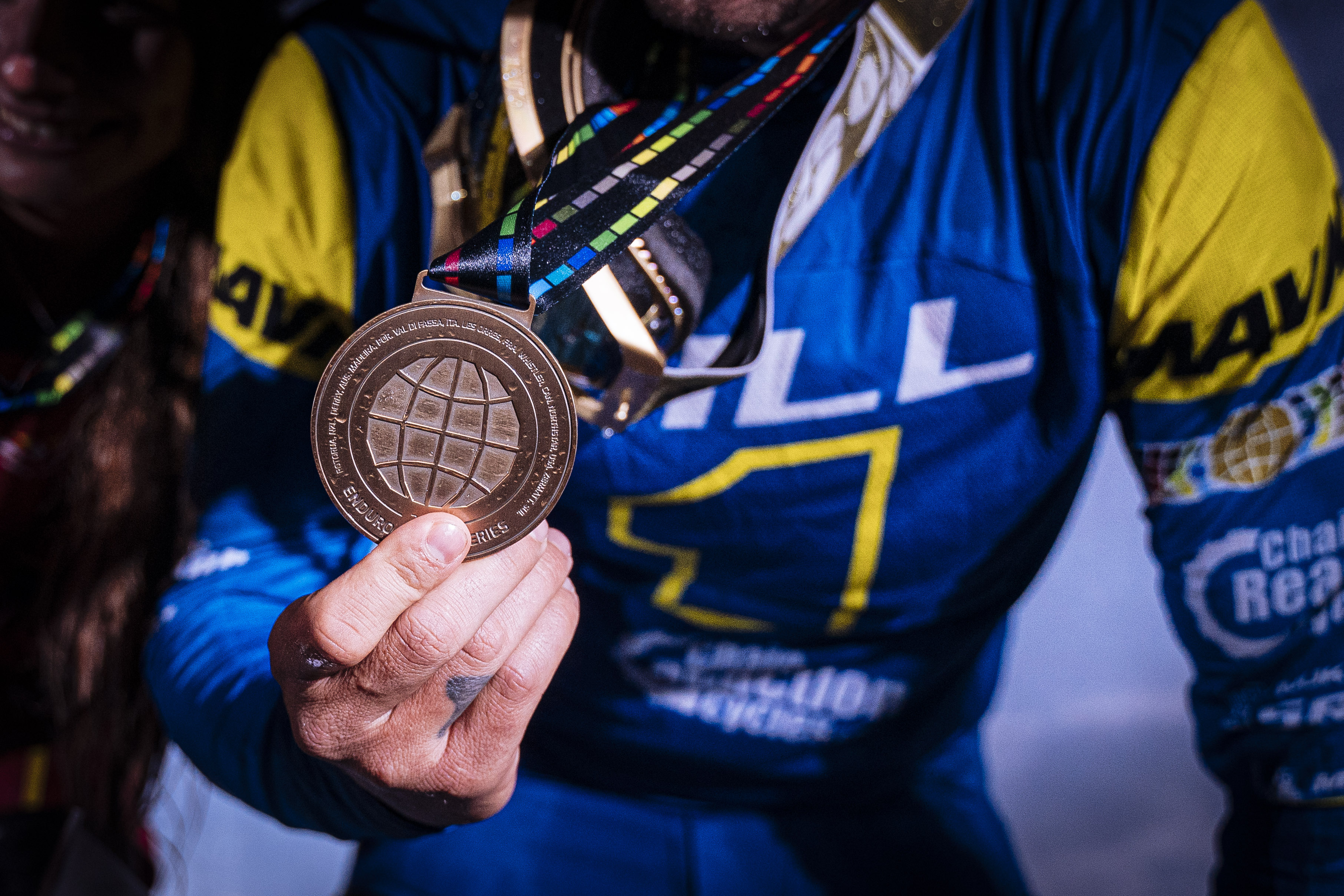 Sam Hill didn't win a race in 2019 and lead the title race for the first time only once, when it mattered, at the end of the last stage. The Chain Reaction Cycles rider took the win on the Queen stage (his first of the year) which gave him the 40 points he needed to win the title... by just 40 points. Florian Nicolai was understandably emotional at the finish and had dug deep to fight back well on the second day of racing but it wasn't enough. Hill's third title may not have the stamp of domination of his previous brace but it had to be admired for the race craft and determination which had brought him to it.

Great bike racers are often measured by titles won but what brings them those titles is an inch perfect managing of their efforts across the season. In Zermatt, it must have been tempting for Isabeau Courdurier to simply roll off the throttle and coast. The job was done; the title was hers. But a strange kind of new pressure, all of her own making, suddenly surrounded her - she had won every other race in 2019, the perfect season - worth seemingly both nothing and everything - was within reach. 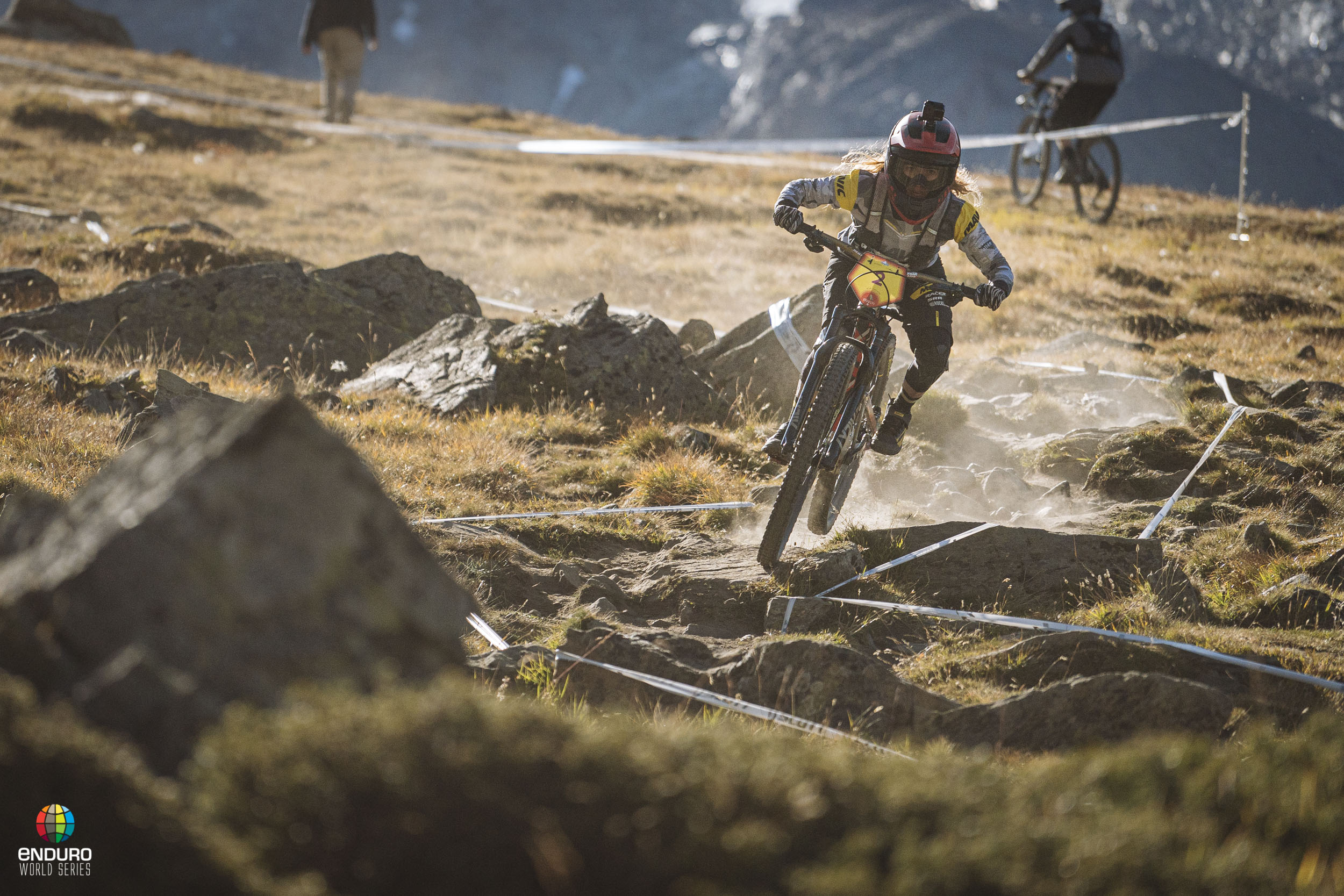 The elite women's field is dominated by dominators with Courdurier being only the third woman to have won the title and you don't assume the mantle of Tracy Moseley and Cecile Ravanel by cruising to stage finishes! Courdurier romped home to the win and signed her title campaign off with some style. The only chinks of light for the chasing mob were a pair of Queen stage victories wrestled from her grip by her rivals Noga Korem and Andreane Lanthier-Nadeau. Can they go a step further and challenge for wins in 2020?!

The problem with title deciders is that the focus can often move (understandably) away from the immediate action on track and on to the mathematical computations. Had there not been a certain elite men's crown on the line one of the undoubted lead headlines was Martin Maes' resturn to the top step. 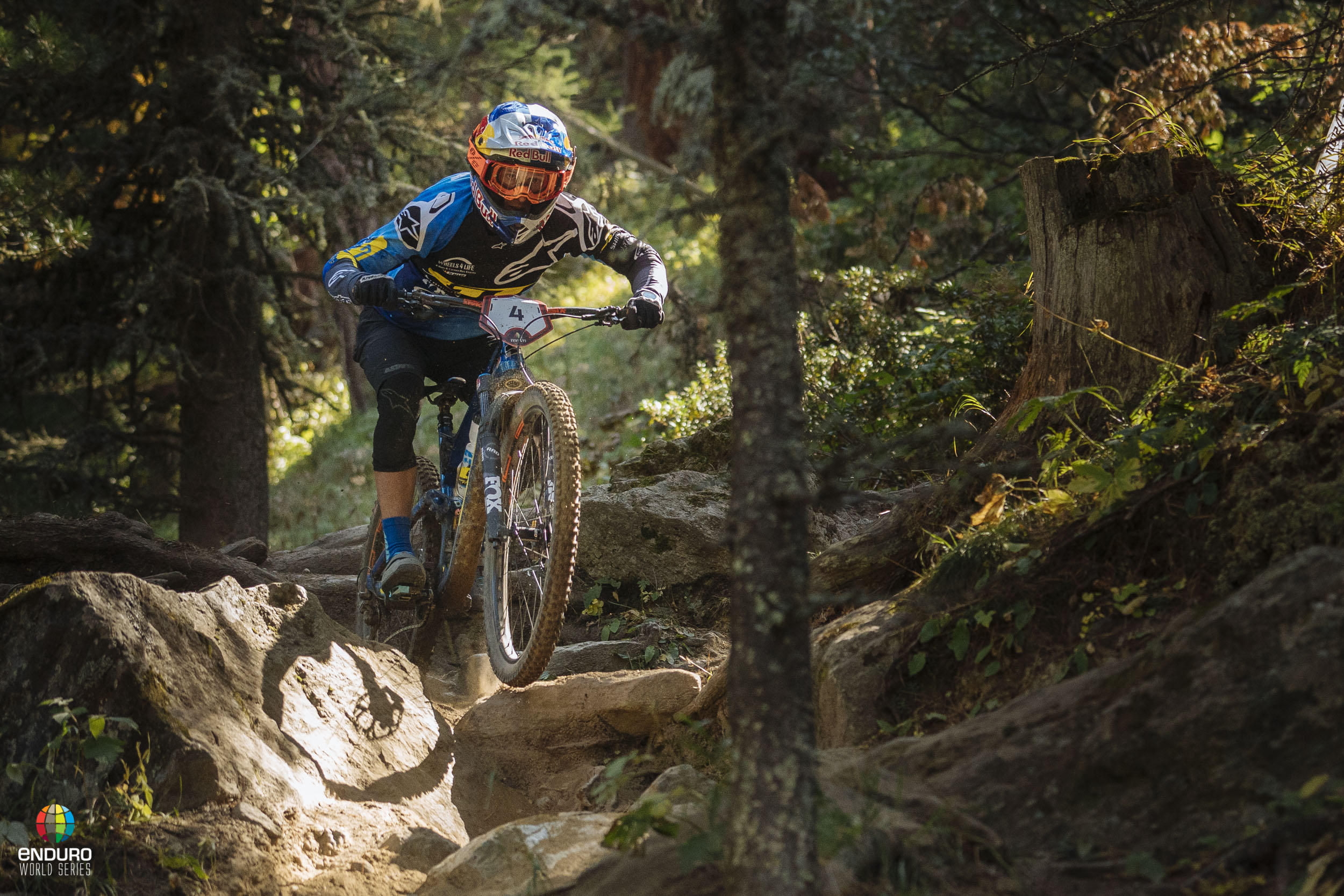 Belgium's best was back from his ban with a bang - Zermatt represented the first time what many pundits were viewing as 'the big three' of Maes, Sam Hill and Richie Rude being back on a start list together and the racing was red hot. Maes emerged victorious and proved to everyone that his early season pace hadn't been a fluke - he'll be back in the hunt come Specialized EWS Zermatt!

Any disappointment that Florian Nicolai may have felt at not locking up the elite men's title was quickly expunged and washed from his face via the popping of a champagne cork as the Canyon team celebrated taking the teams championship. 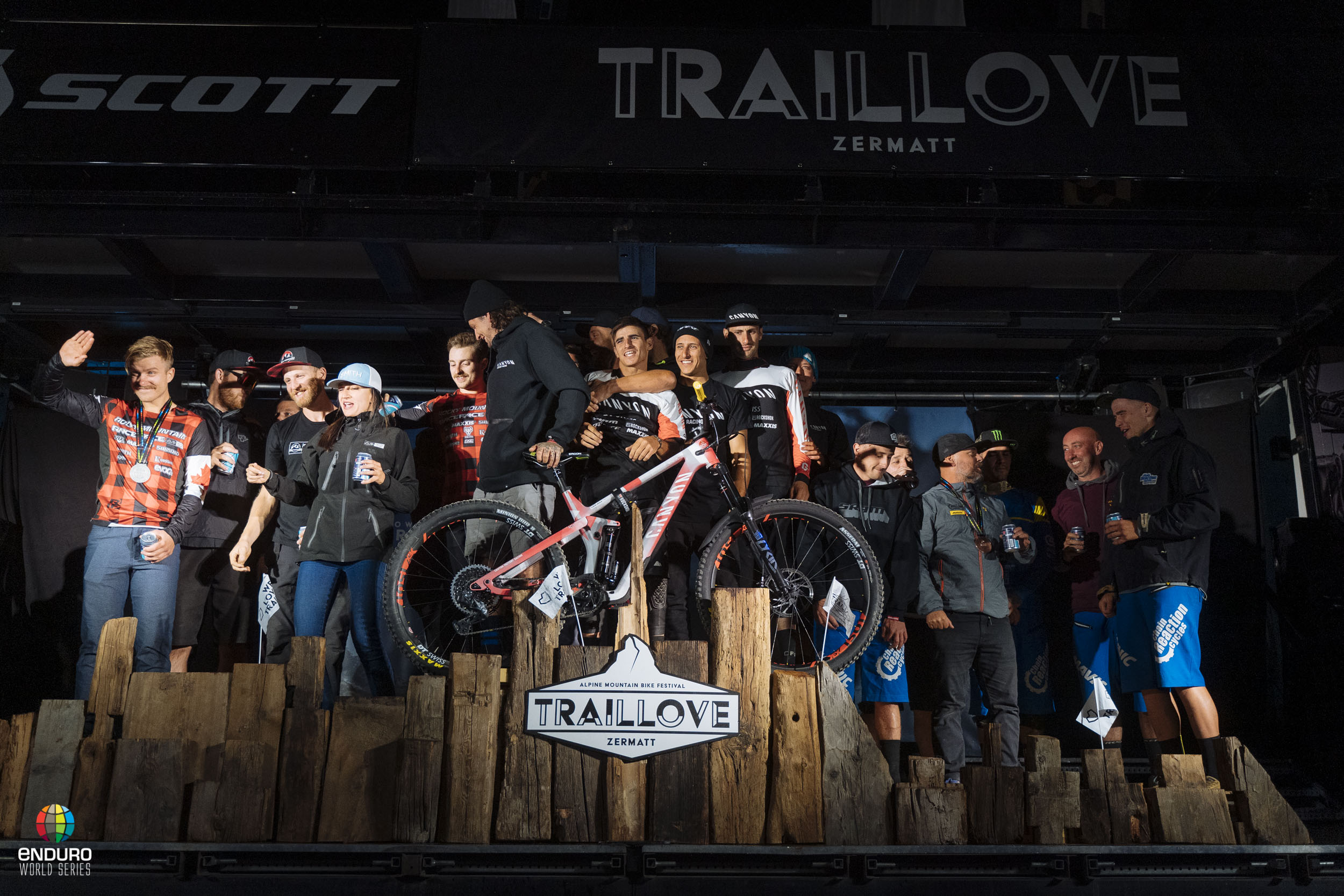 There are to be no series points awarded to individual racers this season with all the emphasis being firmly placed on race wins. Instead, the overall contest will be down to the teams with each being able to field whatever riders they want in their attempts to capture the title. Canyon have made some changes this season - Florian Nicolai has departed and in his place has come Jack Moir. Previously a downhiller by trade, Jack has had some promising results at EWS level in the past - can he be pivotal in capturing the required points to make them back-to-back Champs?!

Being a mountain biker inevitably, all being well, involves spending time in the mountains but even the most seasoned of mountain goats couldn't help but have the breath sapped from their lungs by the course provided by the TrailLove Zermatt crew. The Matterhorn itself is one of those iconic and eminently familiar images that we all know but when you catch your first glimpse of it face-to-face it makes most other mountains feel pretty forgettable. 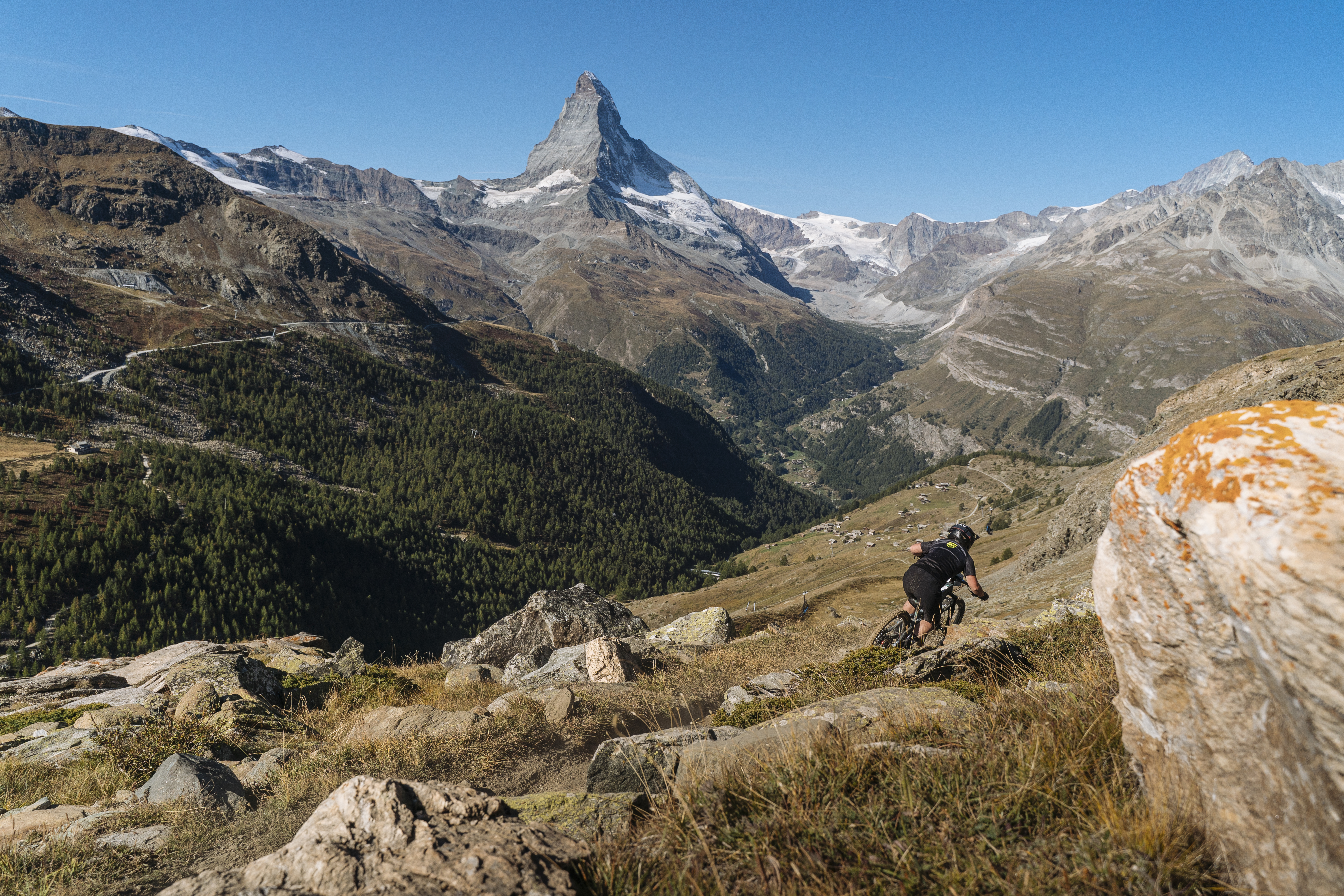 There are enduro race courses around the world that give you the occasional glimpse of stunning natural beauty through gaps in the tree canopy but in Zermatt it feels very much like you are in the mountain's own town and it's keeping an eye on you! Early in the morning, with the race tape flapping in the cool mountain breeze as a sea of cloud slowly reveals Zermatt below it felt like a wholly fitting place to end a seasons worth of racing.

So there were one or two things going on! All of which coupled with the delayed start to the 2020 season means that the prospect of practice getting underway at Specialized EWS Zermatt next is all the more exciting.

We would respectfully remind our fans however that, as with the rest of the EWS races this season, R1 will take place on a closed course with no spectators allowed on the course itself or at the start or finish areas. We will be operating under a set of restrictions which we hope will keep riders, team staff and officials as safe as possible.

Please remember to like and subscribe to our new official media partners at Global Mountain Bike Network to ensure that you can catch up with your favourite riders, check out all the latest tech and follow all the action from practice and the race itself as and when it happens. 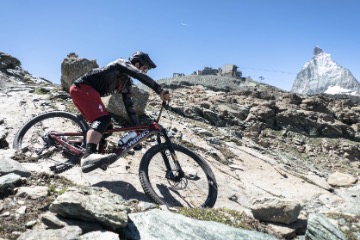 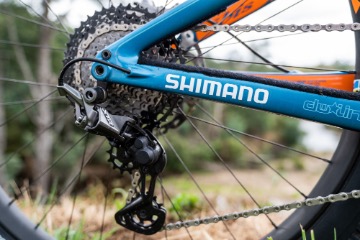 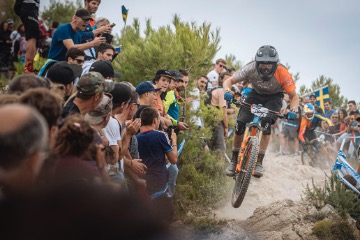