It's not been the start to the 2020 race season that anyone wanted but we're finally starting to see the green chutes of bike racing getting back underway with the Enduro World Series Qualifiers first in the Czech Republic and now the opening round of the California Enduro Series (CES) at China Peak Mountain Resort. 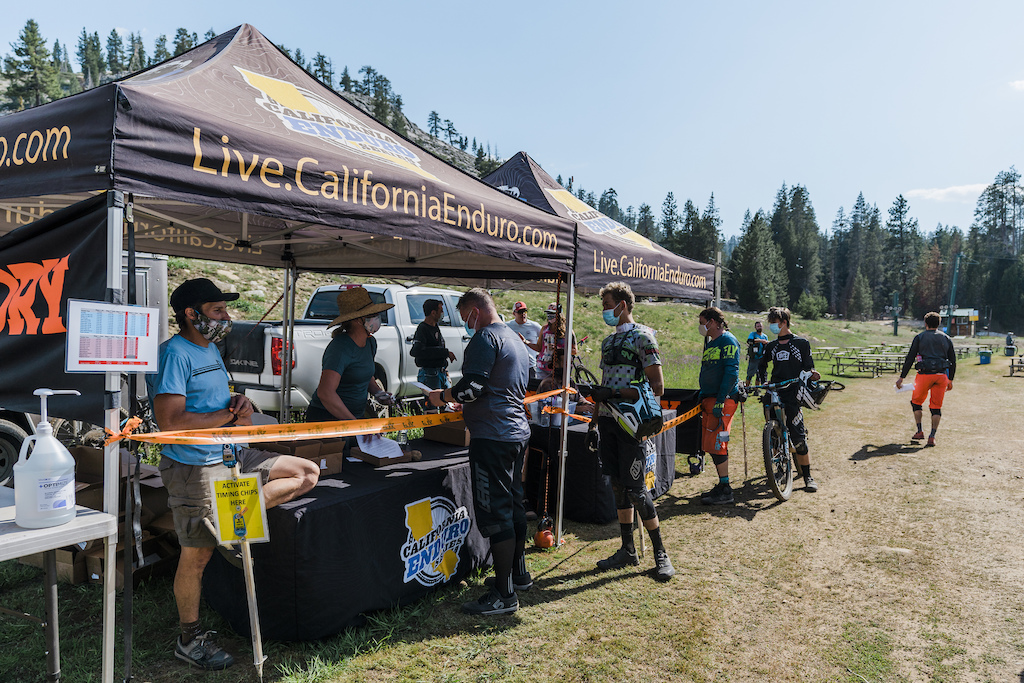 Covid-19 protocols were in place throughout the venue. Pic: CES

The race at China Peak is a familiar one to CES regulars and its conifer-lined stages typical of the kind of dust, rock and tech riding that California prides itself on. Depending on what class they were competing in, entrants were faced with either a 20 or 25-mile course across five stages and between 2500 and 3500 vertical feet. There was an extra bounce to proceedings given that the majority of racers and their families were emerging for the first time after months of shelter-in-place restrictions.

Stage three was to be the new-for-2020 FOX Queen Stage with a format mirroring that of the EWS - the toughest test of the weekend rewarding overall points for the championship. The stage included China Peak's (in)famous Gnarly Trail 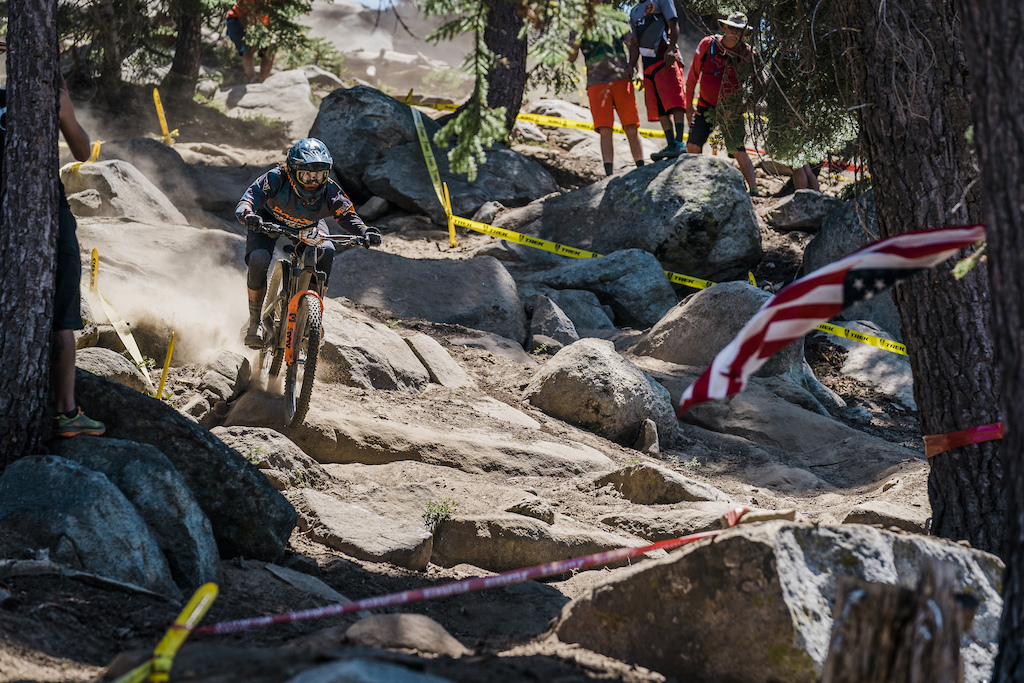 "YEAH, RANDY!". A welcome shot of Marco Osborne in full flight between the tapes in 2020. Pic: CES

The top-flight Pro classes, featured plenty of race weaponry undulled by months of enforced rest. In Pro Women, the racer who lit up the 2019 EWS round in Northstar, Amy Morrison, take the win ahead of Essence Florie Jasperse and Liv Racing's Isabella Naughton. 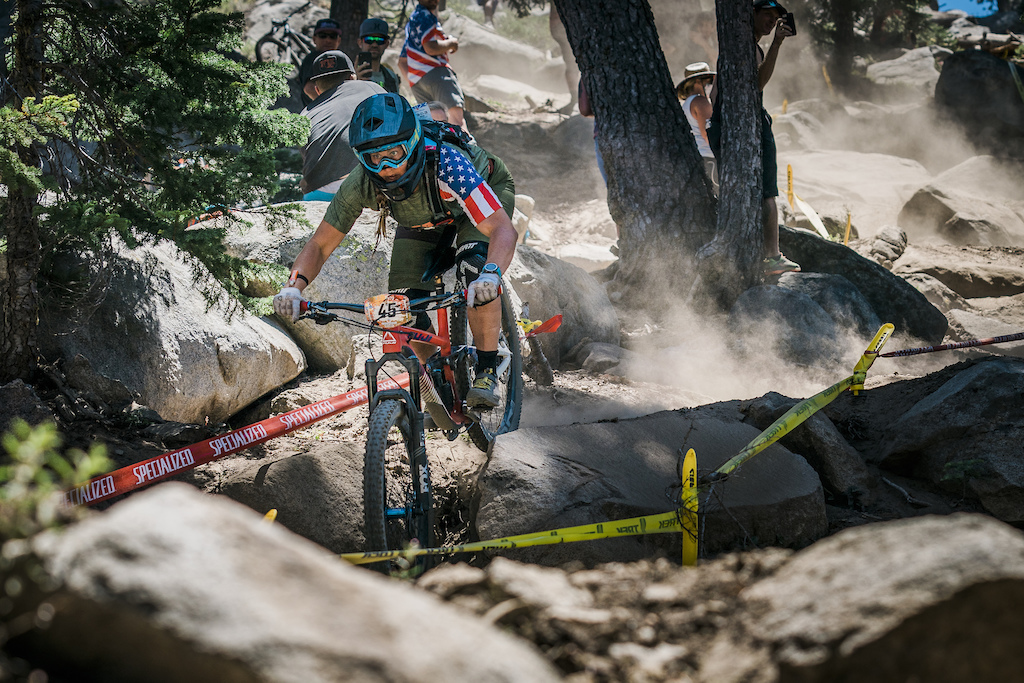 Amy Morrison in freefall amongst the rocks of China Peak. Pic: CES

The defending Asia-Pacific Enduro Series Champ, Cody Kelley, piloted his new Specialized to the win ahead of a hard-charging Max Sedlak by 27 seconds. Marco Osborne, back to smashing rocks, was third edging out a superbly consistent Dillon Santos from Yeti/Fox Development.

Morrison and Kelley also picked up the Queen stage points too to take the maximum haul of points from the weekend. Cody was the only rider to go sub-eight minutes with a 07:50.101. 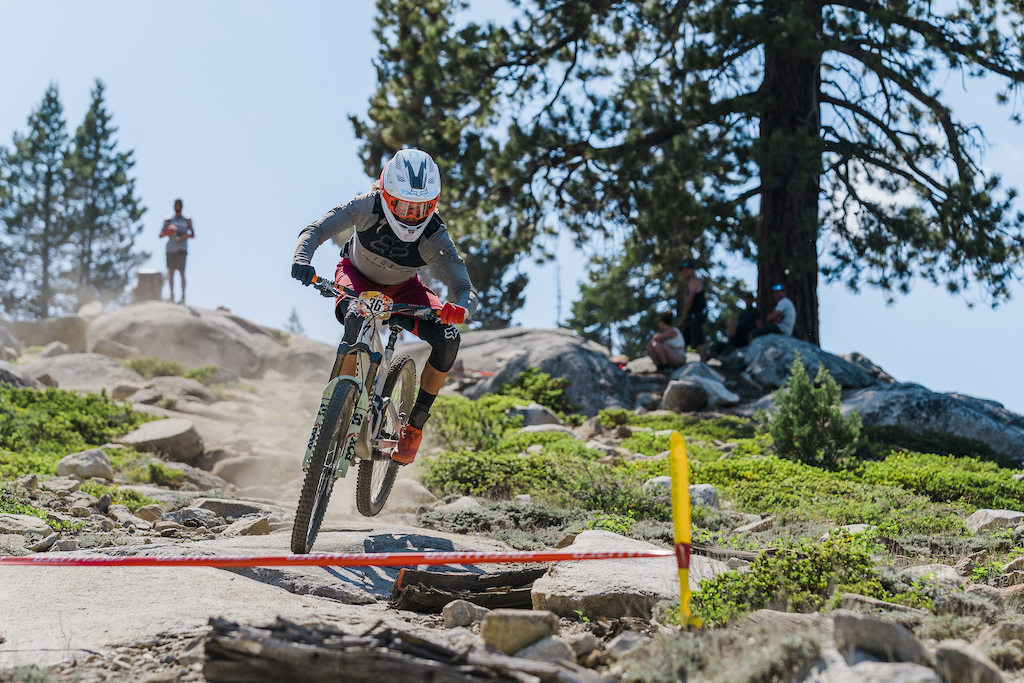 Trademark mis-matched gloves in place, can Cody build on this result for the rest of the year? Pic: CES

Will the pair be able to go two-for-two at the next round of the series? Find out when the California Enduro Series moves to McCloud, CA for the Mt Shasta Enduro 19 July. 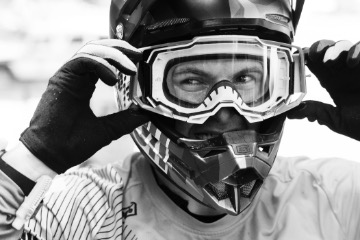 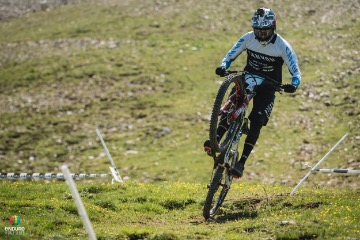 Fastest bikes of the EWS Eps. 2 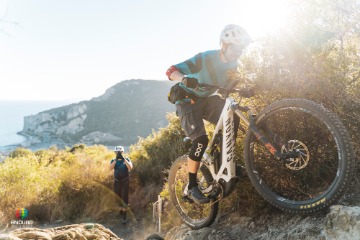 EWS-E kicks off this summer