REPORT: Racing gets back underway at Enduro Race Klinovec

The travel and social restrictions imposed across the world by Covid-19 have had a huge impact on world sport and prompted massive restructuring across just about every national mountain bike race series. It's been a rocky road but thankfully we are now starting to see many series getting back underway.

In terms of our own Enduro World Series Qualifiers, it was great to see Enduro Race Klinovec take place in the Czech Republic. Luckily for us, seasoned racer Kamil Tatarkovic was on hand to report on a wet and wild weekend in the Klínovec Trail Park. 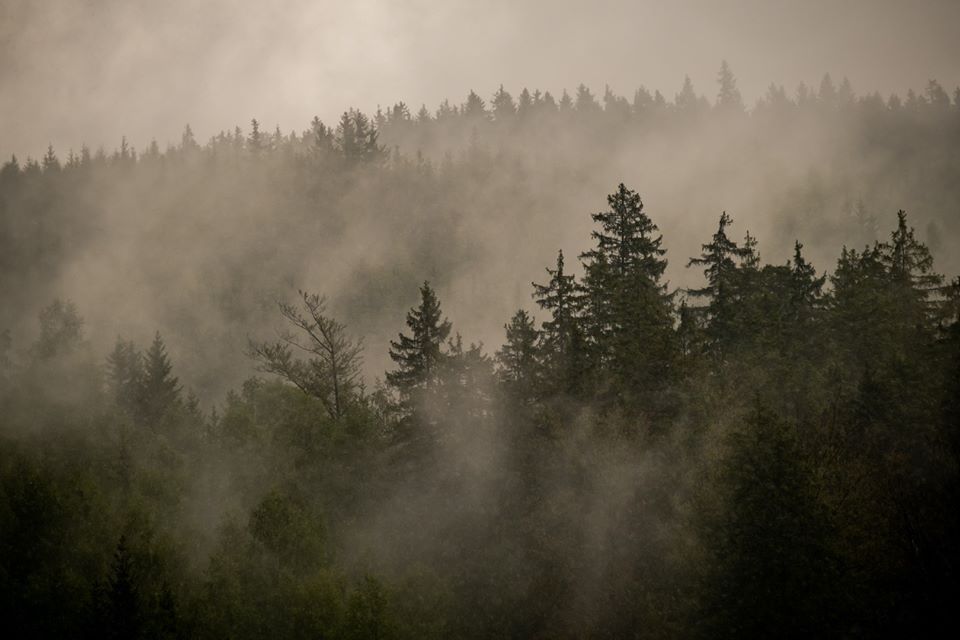 Even the unpredictable weather couldn't dampen the excitement of getting to go racing in 2020... Pic: Ceska Enduro Serie

This year's season started a little wildly for us but finally the eighth year of the Czech Enduro Series started with the GIANT Enduro Race Klínovec in the Klínovec Trail Park. The classic Ore Mountains weather affected not onlythe preparations  but also by the main Sunday race itself. The rain and mud made the first race of the year a bit of a struggle for survival in places!

The kids classes (Grom and Rookie) definitely didn't get it easy this year! Although they only had three stages and went to the start by cable car, from there down it was mud, roots, slimy stones and for the little ones it was definitely not a leisurely walk! But at least the weather was good for the younger riders come race day, it didn't rain, and even the smallest ones had a great time on the tracks! 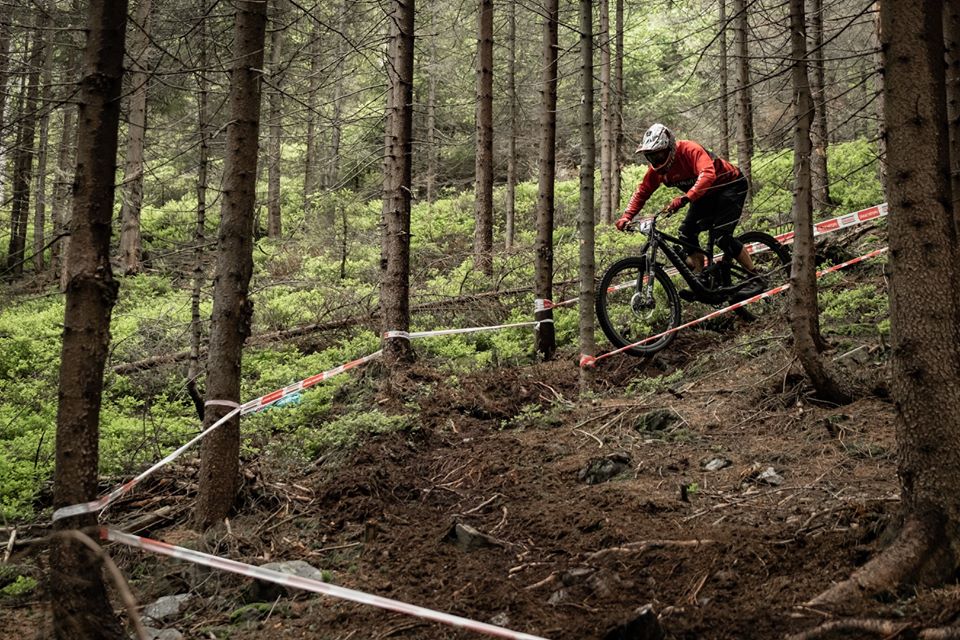 However, Sunday was a different animal! At the start of the first wave of the Hobby class, fairly heavy rain began to fall. As the day got going, it continued. Storms also appeared here and there, which complicated things with the cable car. It was just intense from start to finish!

The first stage was an enduro classic; starting with forest singletrack which was in the same vein as last year's race, only the end was a bit changed and slightly trickier. The second stage, which was enjoyed only by the Race category, was also longer than previous runnings. There was no doubt about its intensity and difficulty, and many elites ended up on the ground or in a tree! There were so many roots that it wasn't so much about racing as about riding cautiously and feeling the trail out as you went. 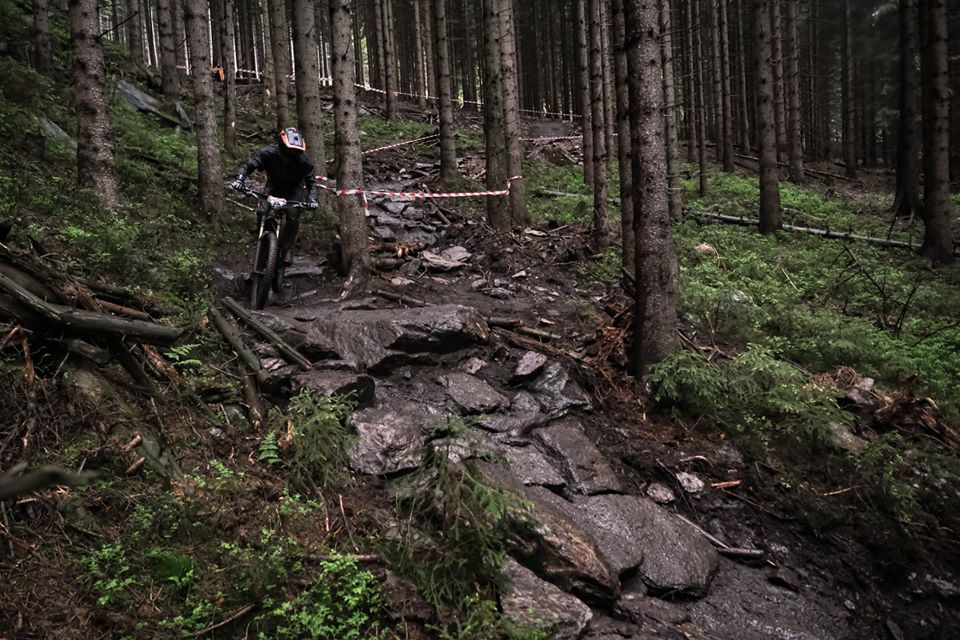 The third stage was much easier to go faster on despite a river of mud running down it and a steep final section. Here it was shown who could maintain their speed whilst also allowing the bike to step out here and there. The fifth and final stage was a 100% bike park track! Rocks and roots were everywhere and it was impossible to rest.It had a sprinkle of everything and ended with the most famous section of the rock garden on the downhill run! 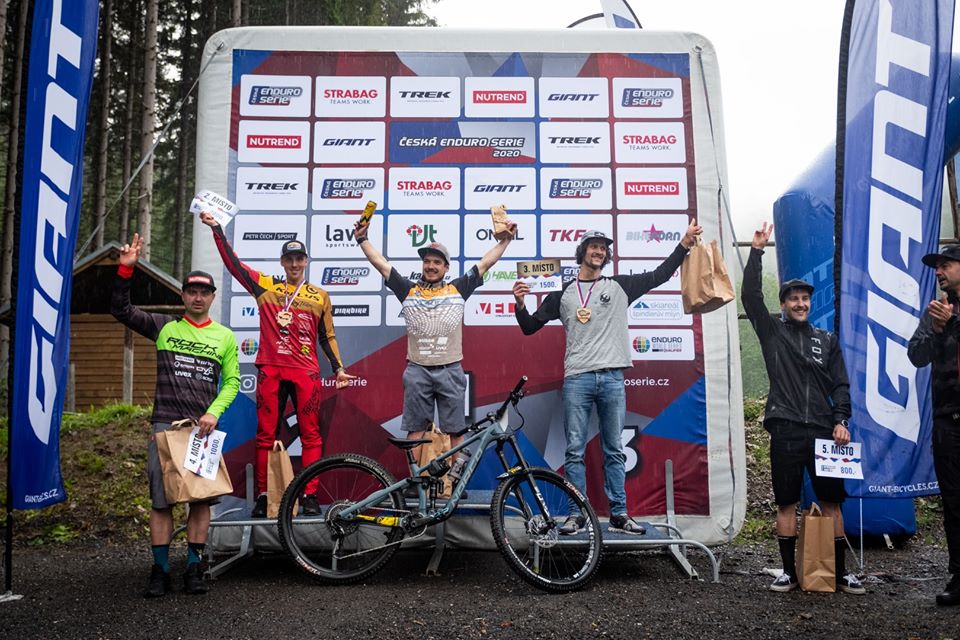 The fastest woman after a great performance was Andrea Drengubáková whilst Milan Myšík won the men's race.The complete results can be found HERE. Congratulations to all and thanks for joining the gang! The next race is now waiting for us at the beginning of July in Šumava - TREK Enduro Race Zadov. You can register for it HERE. Please also be advised that the stages in Klínovec will be removed in order to help with future events. Kamil Tatarkovic

Massive congratulations to all the team at the Ceska Enduro Serie. To find out more about their series and the restructured 2020 Enduro World Series click here. 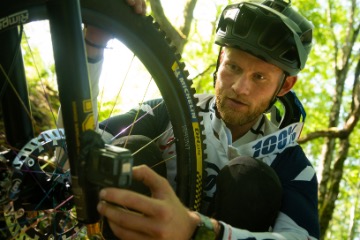 At home with the Wallners 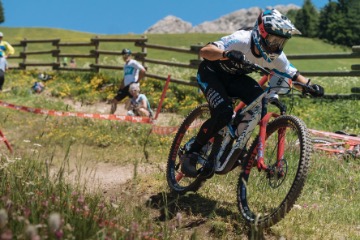 Is enduro the toughest MTB discipline?