Josh Carlson is an Enduro World Series mainstay and is affectionately known as 'Frother'. New to the sport and not familiar with why? We'll give you a second to go and check out his Instagram profile. Basically, nobody is more stoked on riding bikes than Josh! He rides for Giant Factory Off-Road.

This season is a big one for Josh - he's made the switch to EWS-E and has already won the E-XC Australian national champs title. But when the big mountains arrive, he's going to need slightly hardier machinery; enter the Giant Reign E+! 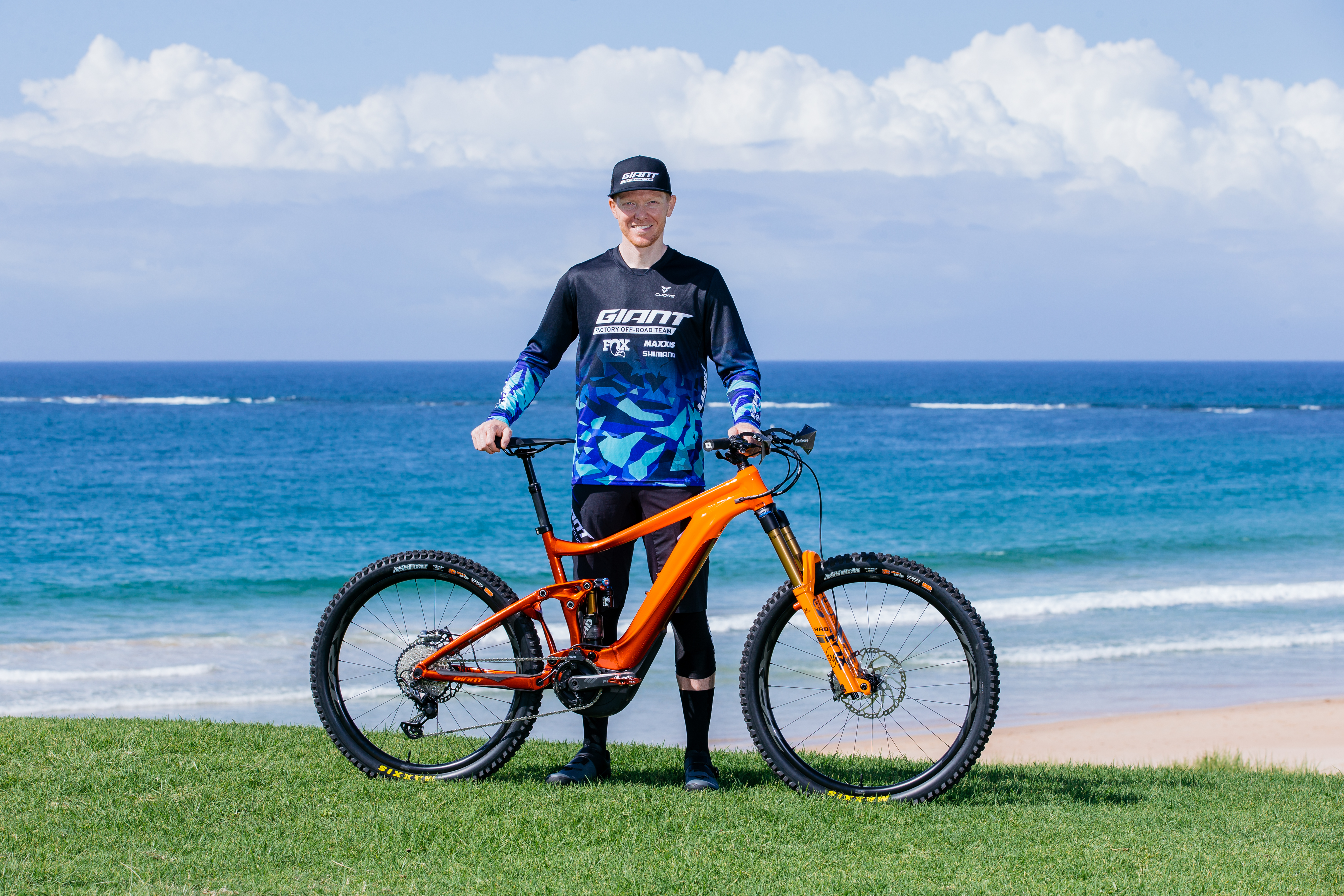 The bike is currently top of Giant's e-bike range and features a ALUXX SL aluminium frame complete with their own SyncDrive Pro power unit which was co-developed with Yamaha. The power unit benefits from the latest generation of Giant's EnergyPak battery unit and the company's RideControl ONE system which does away with any kind of screen for an intuitive, wireless bar-mounted remote. If you want to use a display then a smartphone can function as one via an app. 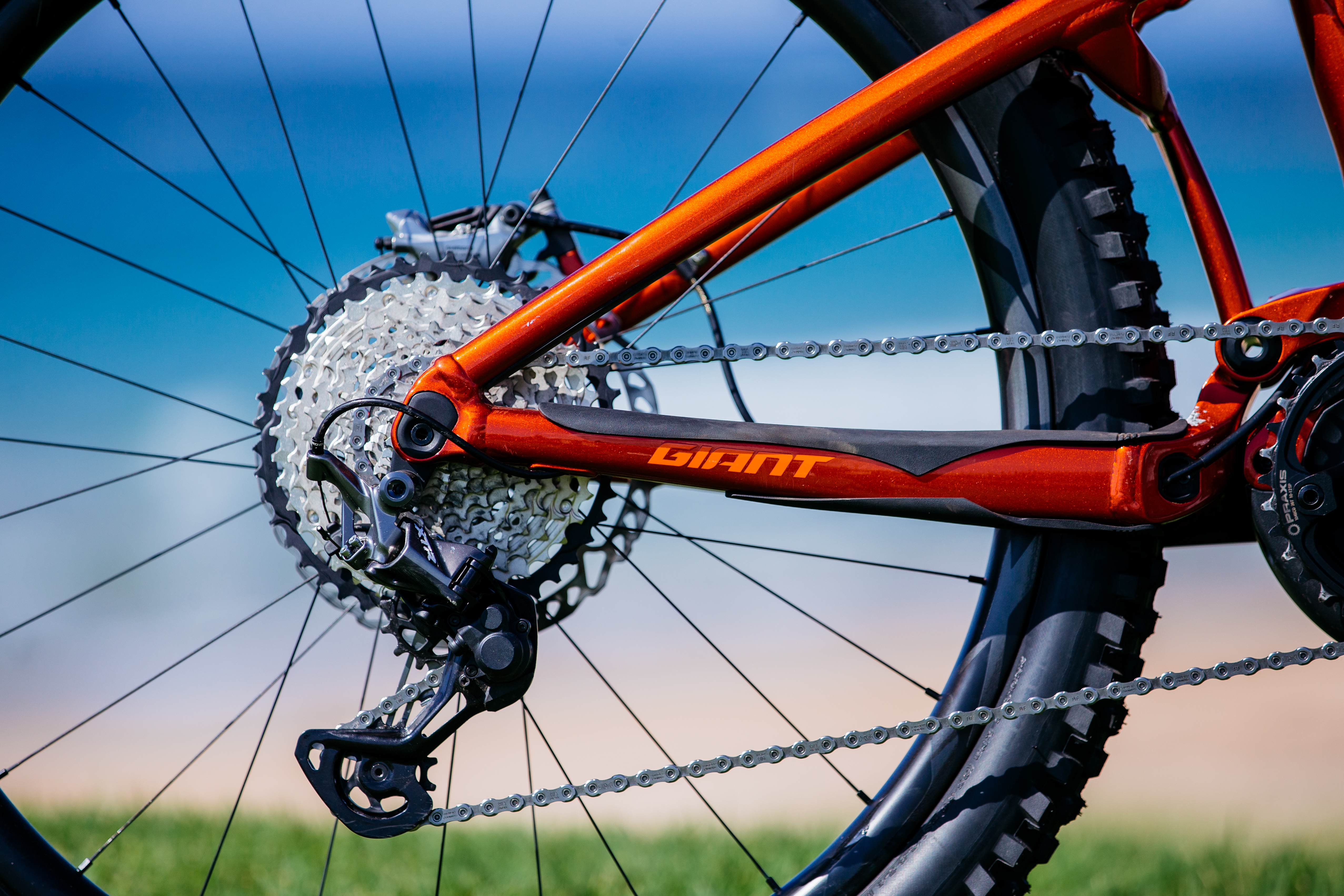 Shimano sponsor the Giant Factory Off-Road team and as a result, their latest incarnation of the flagship XTR features on Josh's bike.

Not only does the drivetrain offer the benefits of a huge spread of ratios via the 12-speed block but they also developed a system called HYPERGLIDE+ which allows for seamless shifting, whatever kind of power input is being asked of the chain. Since it's introduction it has been a revelation for many racers as it allows them to focus on the stage and not changing gear. 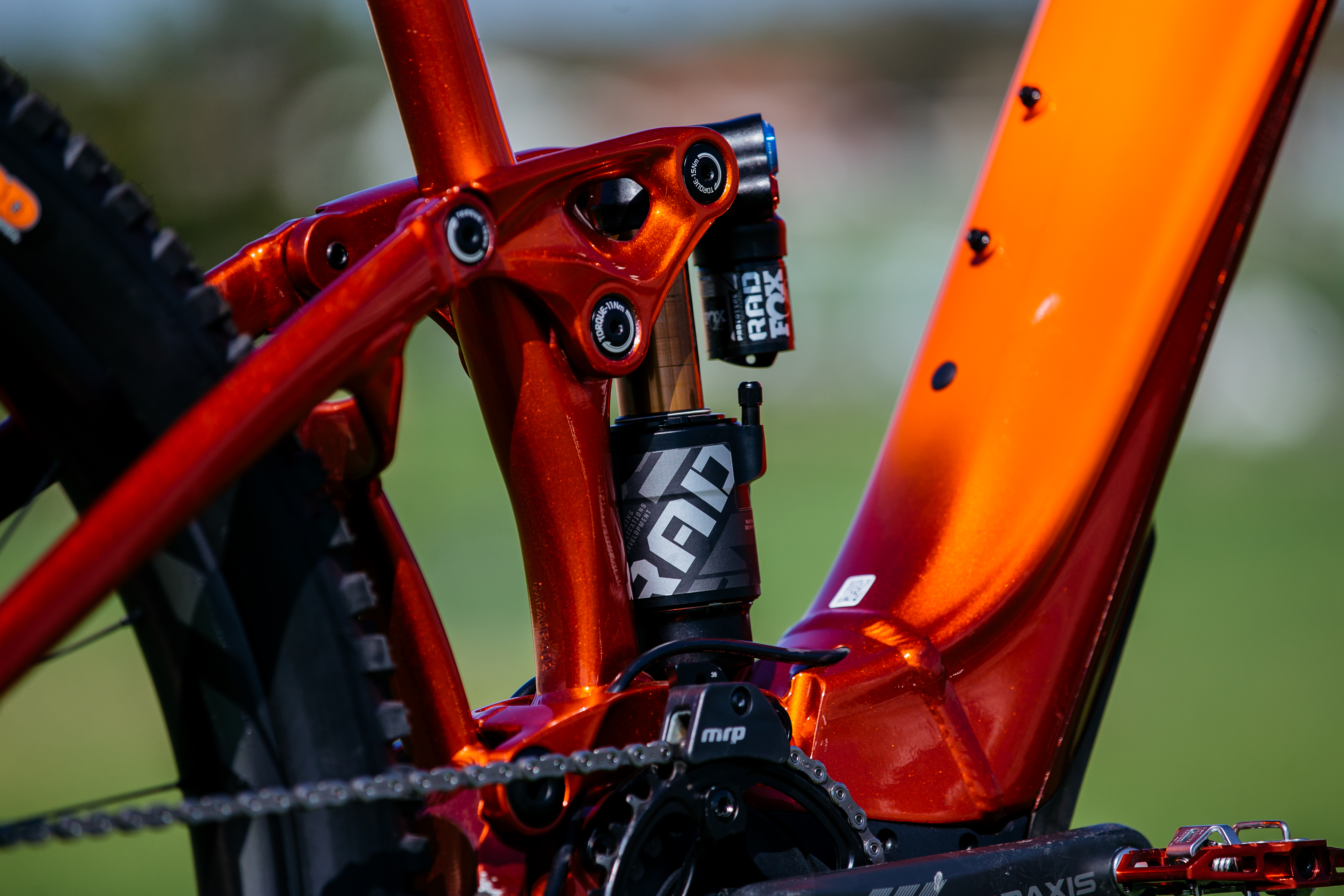 It's another year for Josh aboard Fox Racing Shox. A firm fan of coil-sprung suspension, it's interesting to see him using a prototype air can. Pic: Wesley Lonergan

Fox Racing Shox are tasked with smoothing out the bumps. The Giant Reign E+ comes with 160mm of suspension travel as standard but both suspension units on Josh's bike come with the R.A.D (Racing Applications Development) livery which implies that they're anything but stock. E-bike suspension is proving to be somewhat of a new frontier for a lot of companies as the demands placed on dampers are quite different due to the added weight of electric-assisted machninery. 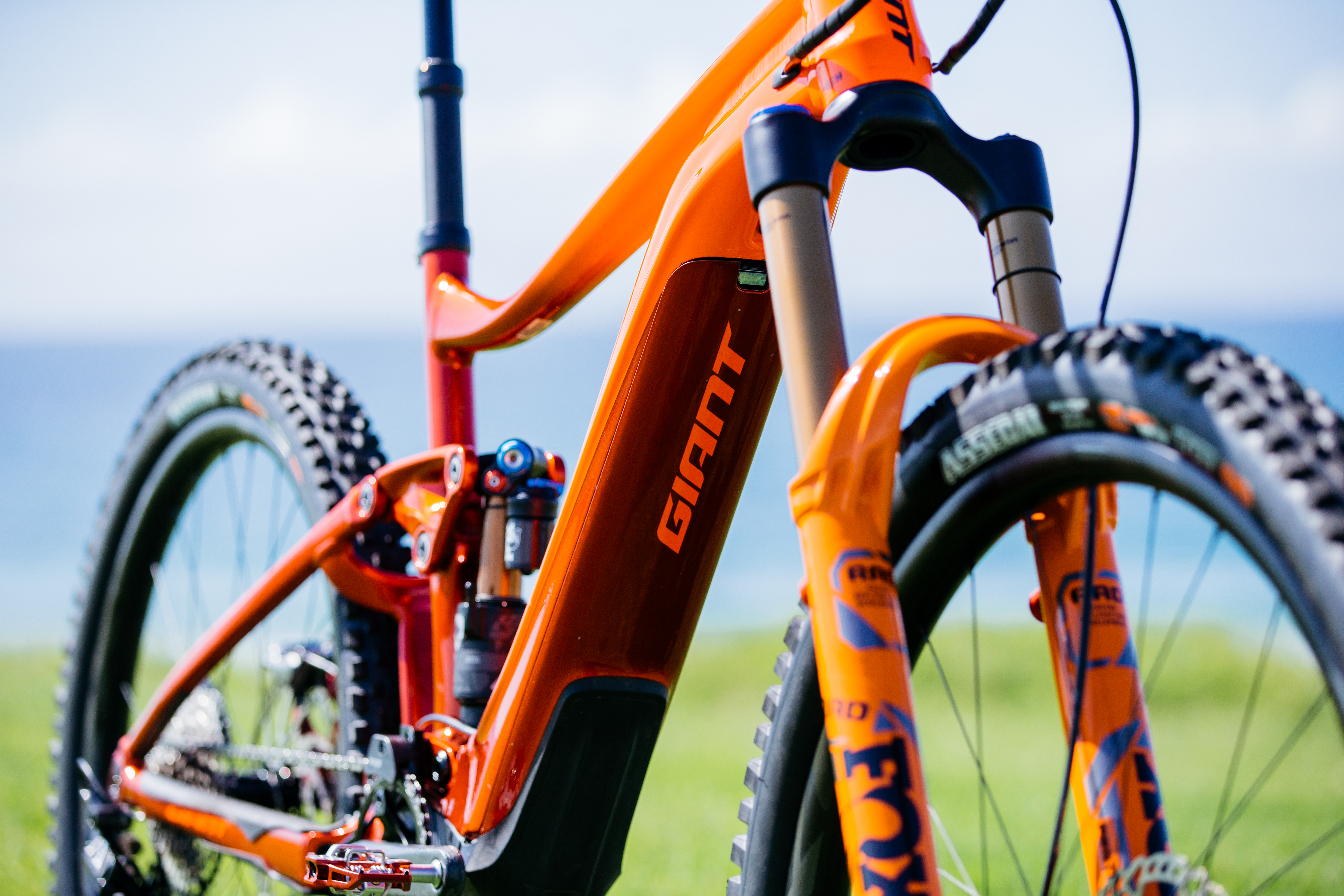 The vast majority of e-bikes feature the 'swollen belly' downtube indicating that that is where the battery goes. It's an obvious place to put it in that it keeps the weight central and as low as possible. The Reign E+ runs Giant's EnergyPak Smart 500 36v 13.8Ah litium-ion unit. 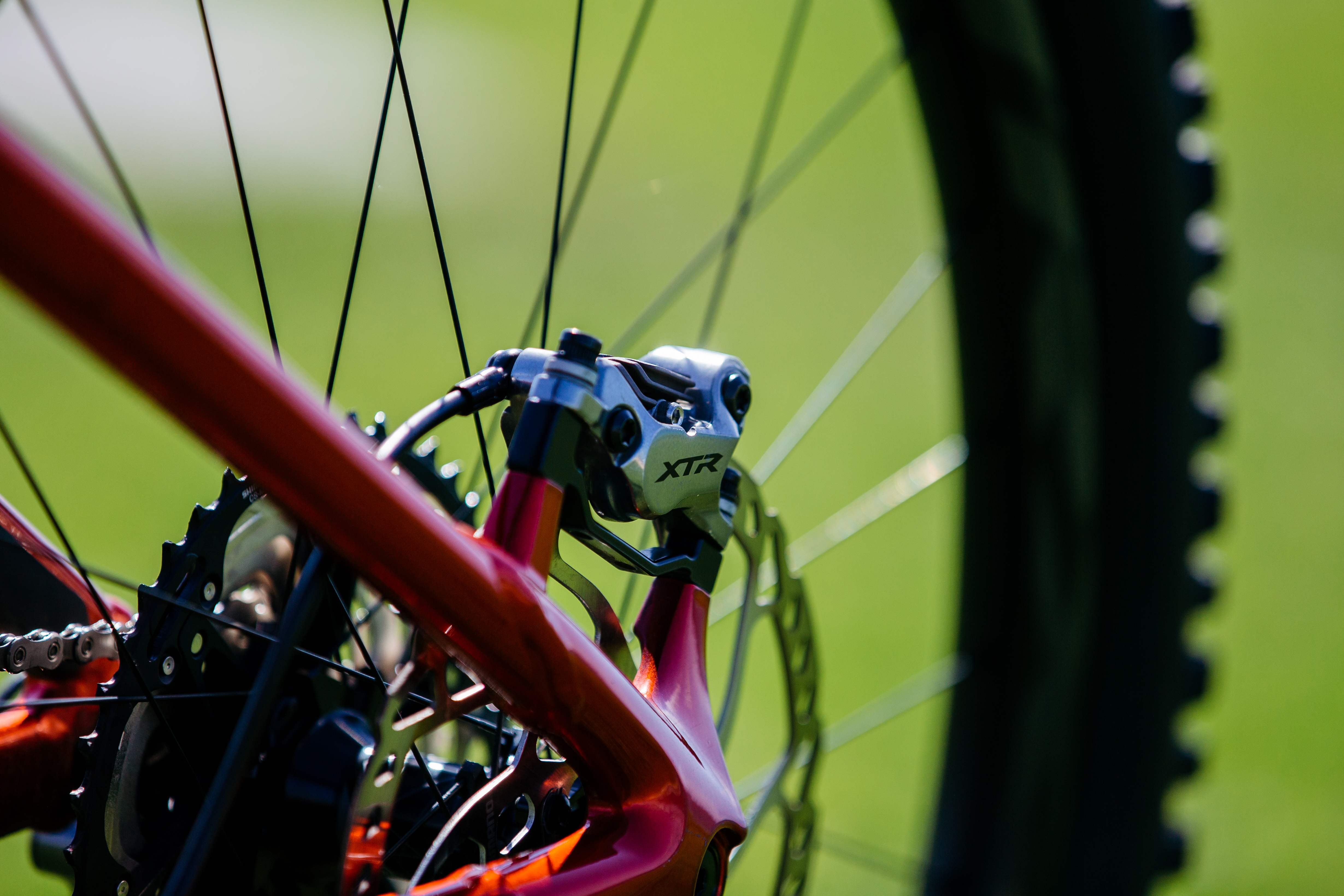 No half measures - this factory race bike is brought to a stand still using Shimano's 4-pot XTR's. Pic: Wesley Lonergan

Just as the suspension world is facing new horizons with keeping up with the new demands set by e-bikes, so too are brake manufacturers. Fortunately for Josh, Shimano created a monster in the form of their lastest M9100 generation 4-pot XTR brakes which are more than up to shrugging off the heat generated by slowing the heavier bikes. You will be able to read more about these brakes on the site, next week. 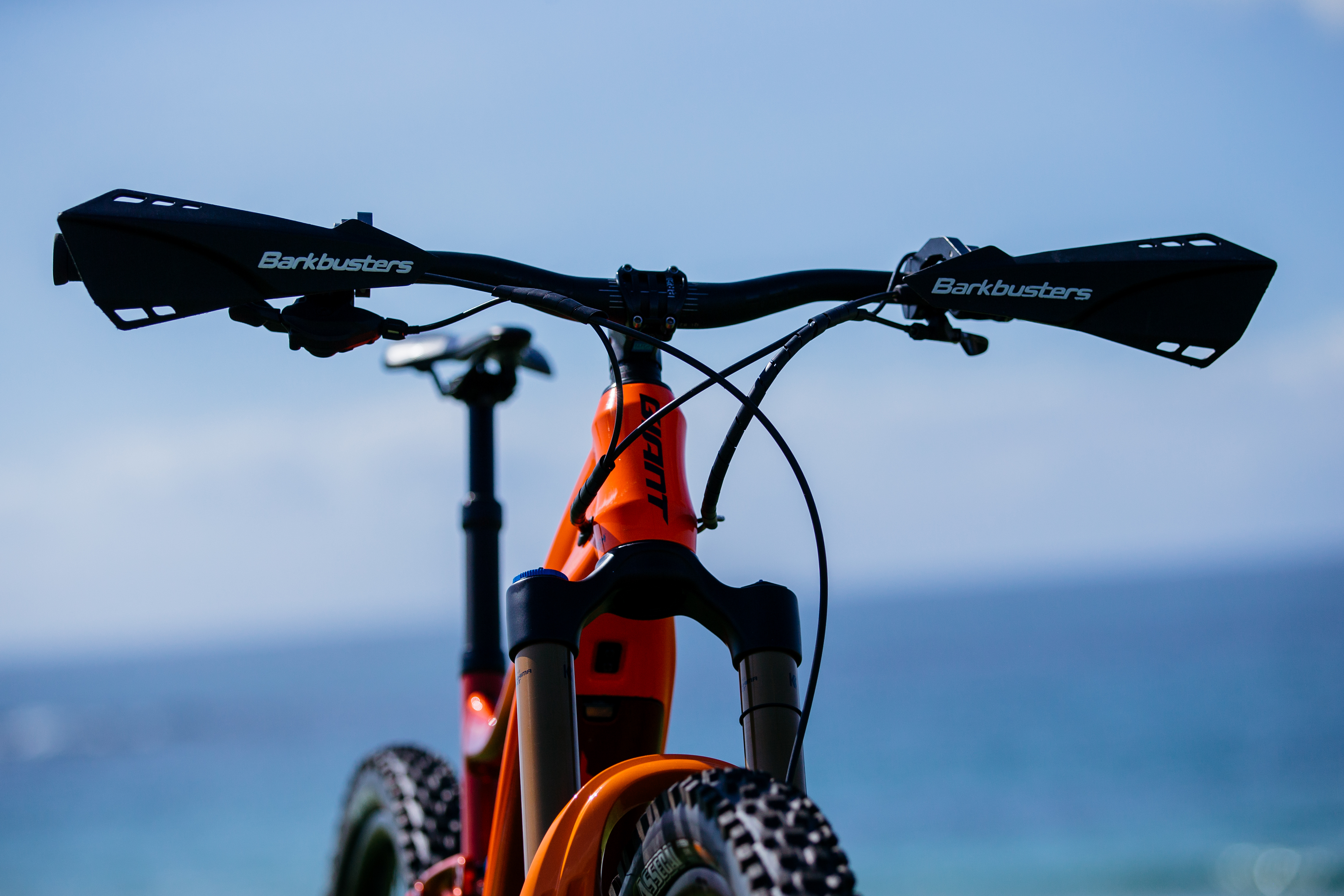 Josh runs Barkbuster handguards. They are an Aussie company founded back in 1984 who have a superb pedigree in off-road motorcyle racing. 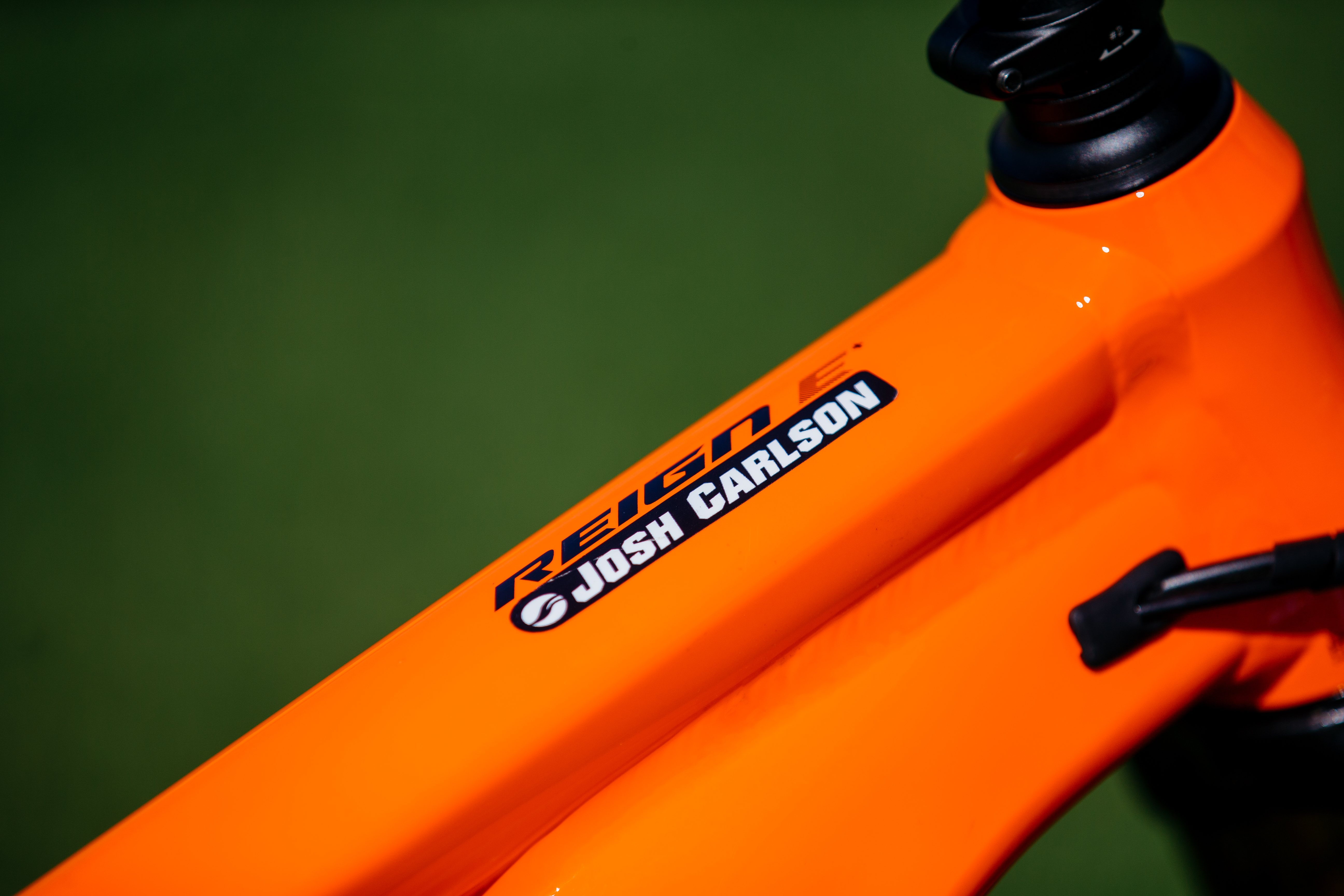 If you're a professional, you get your name on your bike - it's kind of a rule! Pic: Wesley Lonergan 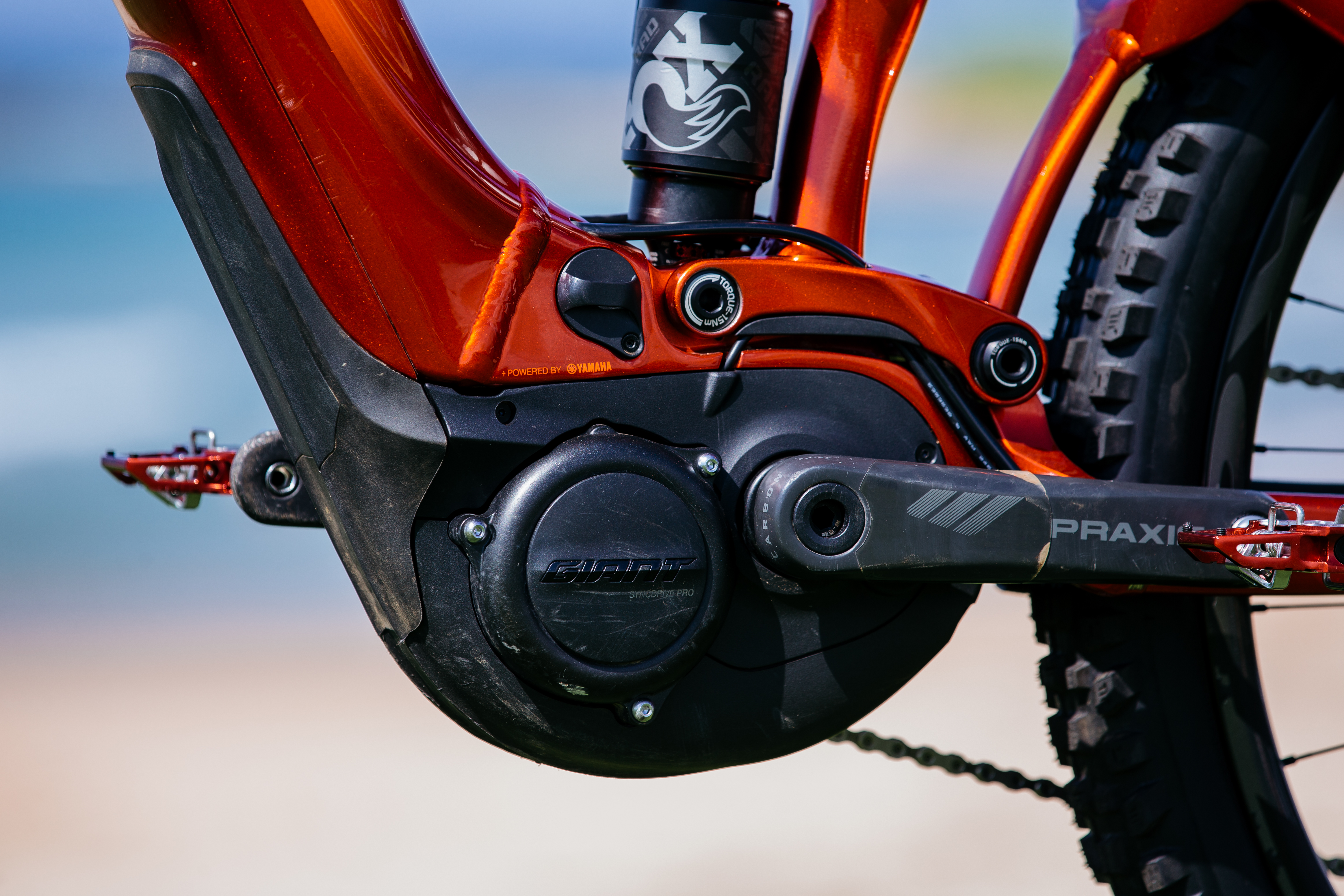 The besting heart of the Reign E is powere by Giant's SyncDrive Pro unit which was developed in conjunction with Yamaha. Pic: Wesley Lonergan

When the innaugural EWS-E series gets underway later in the year, power units are going to be fundamental when it comes to snaring stage and race wins. Giant are confident that they've hit all the right notes with their SyncDrive Pro unit. It is goverened by no fewer than six individual sensors via their PedalPlus system and produces 80Nm of power. 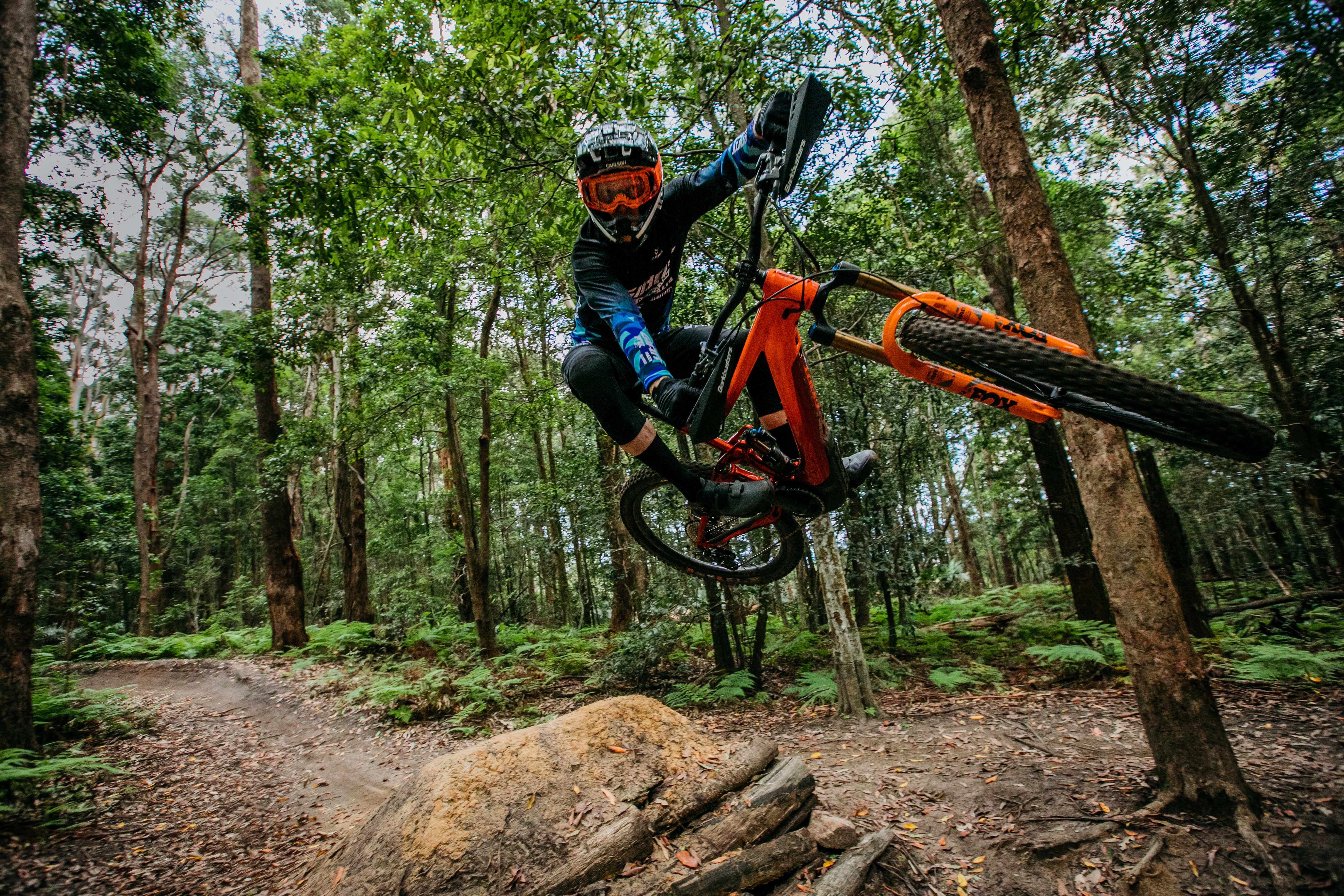 Josh 'Frother' Carlson pinning it on his Giant Reign E+ - expect to see a lot of this once the season gets underway! Pic: Wesley Lonergan

You can read more about how the Coronavirus global pandemic has affected the 2020 EWS calendar here. 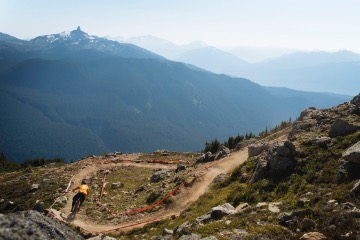 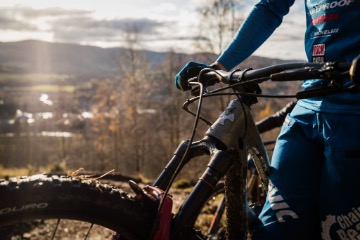 Dreaming of trails with the Nukeproof Mega