For the last seven years, the Enduro World Series has crowned its series champions at the final round of the year. Most fans could name the individual champs, but what about the Team Champions? We delved into the archives to discover who are the most successful teams in the history of the EWS.

Canyon Cllctv (formerly known as Canyon Factory Racing) can lay claim to the title as the most successful team. German based Canyon have won the overall team series on no less than three occasions; in 2015, 2018 and 2019. And not only that, Canyon have finished within the top three teams in six of the last seven years, making them the undisputed team champions. 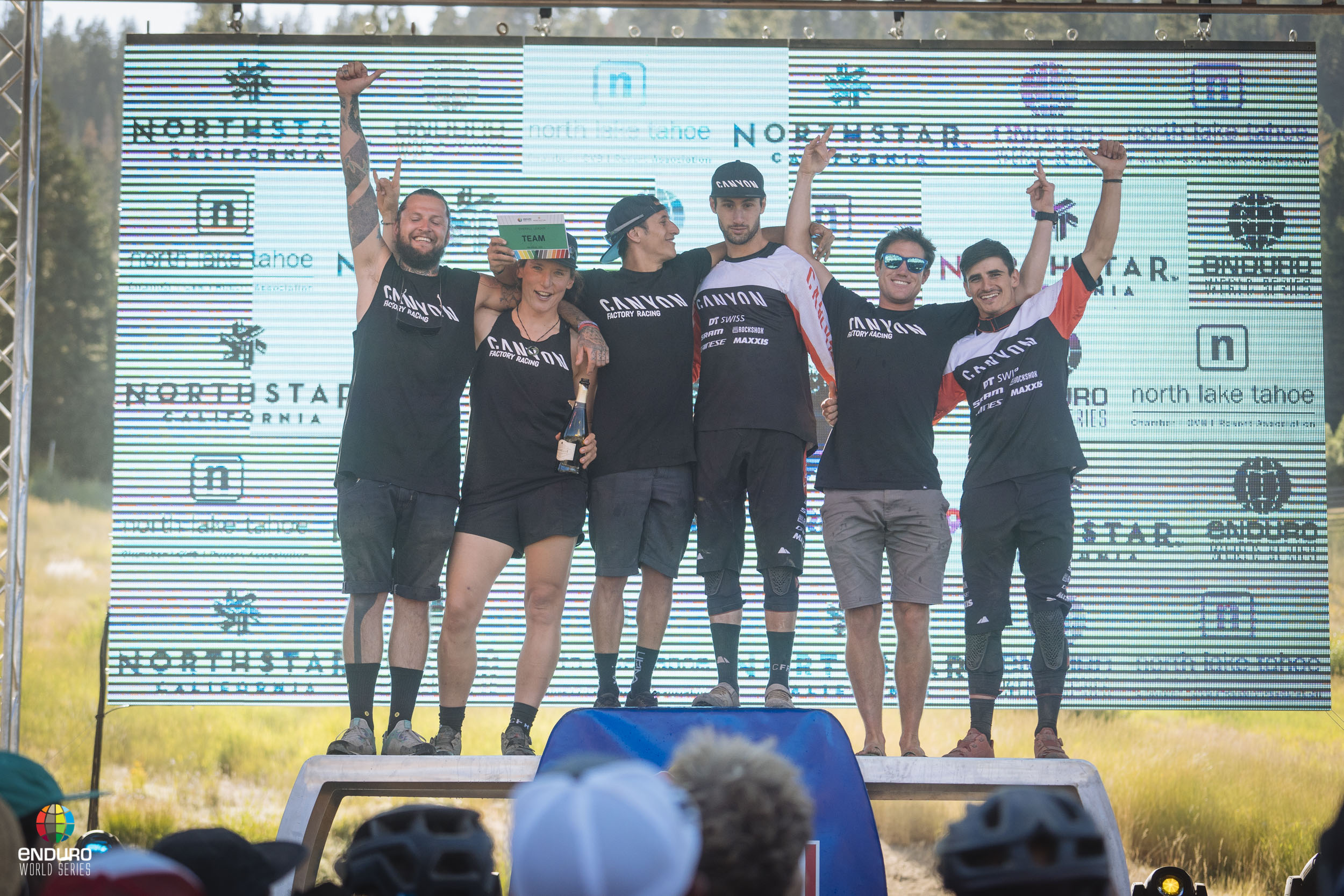 You don’t have to delve too deep to see why Canyon are so successful - they’ve fielded some of the biggest names in the sport right from the start. Back in 2013 Fabien Barel’s third place finish in the overall helped bolster their rankings, as did his second place finish in 2015. Fast forward to 2019 and Florian Nicolai’s and Dimitri Tordo’s second and fourth finish places in the men’s standings, coupled with Ines Thoma’s fifth place in the women’s category, meant they were a force to be reckoned with.

For 2020 they’ve added Australian downhill star Jack Moir to the mix and look once again like they’ll be at the sharp end of the points table.

Coming in at number two is the Rocky Mountain Race Face Enduro Team. The team won the overall championship in 2016 having scored the most points at an incredible seven of the eight rounds with their roster of Florian Nicolai, Remi Gauvin, Jesse Melamed and Andreane Lanthier-Nadeau. 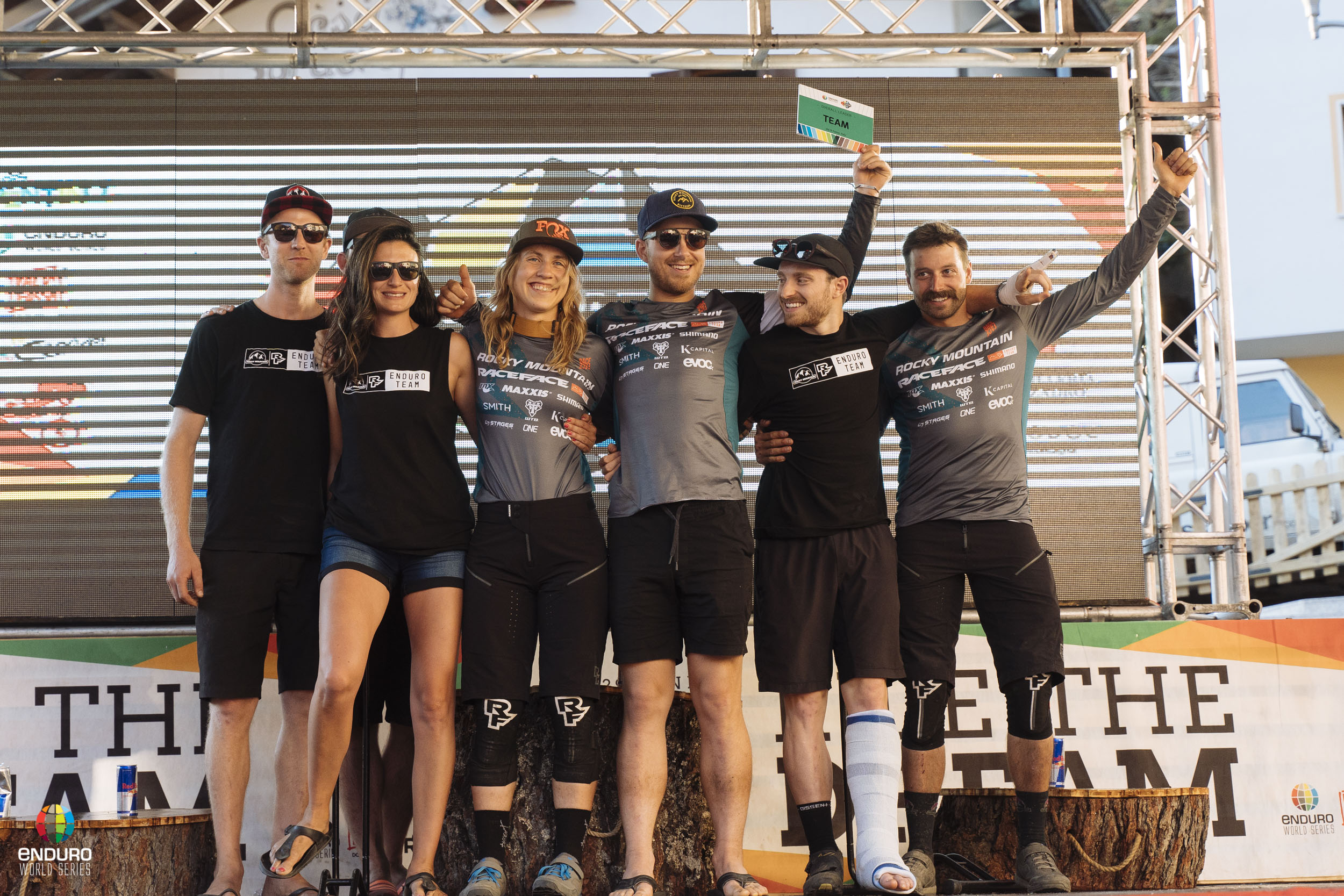 In all, Rocky Mountain have finished in the top three teams an incredible four more times - only missing podium finishes in 2013 and 2018. Last season their all Canadian line-up of Remi Gauvin, Jesse Melamed and Andreane Lanthier-Nadeau finished in second place and they’ll be another strong contender when the racing starts up again later in the year.

Trek Factory Racing round out the top three of our most winning teams. Trek won the championship in both 2013 and 2014 thanks in no small part to Tracy Moseley. Moseley topped the leaderboard in the women’s racing 2013, 2014 and 2015 after hard fought battles with Anne Caroline Chausson, but her team mates at the time Justin Leov of New Zealand and Switzerland’s Rene Wildhaber played their part too. 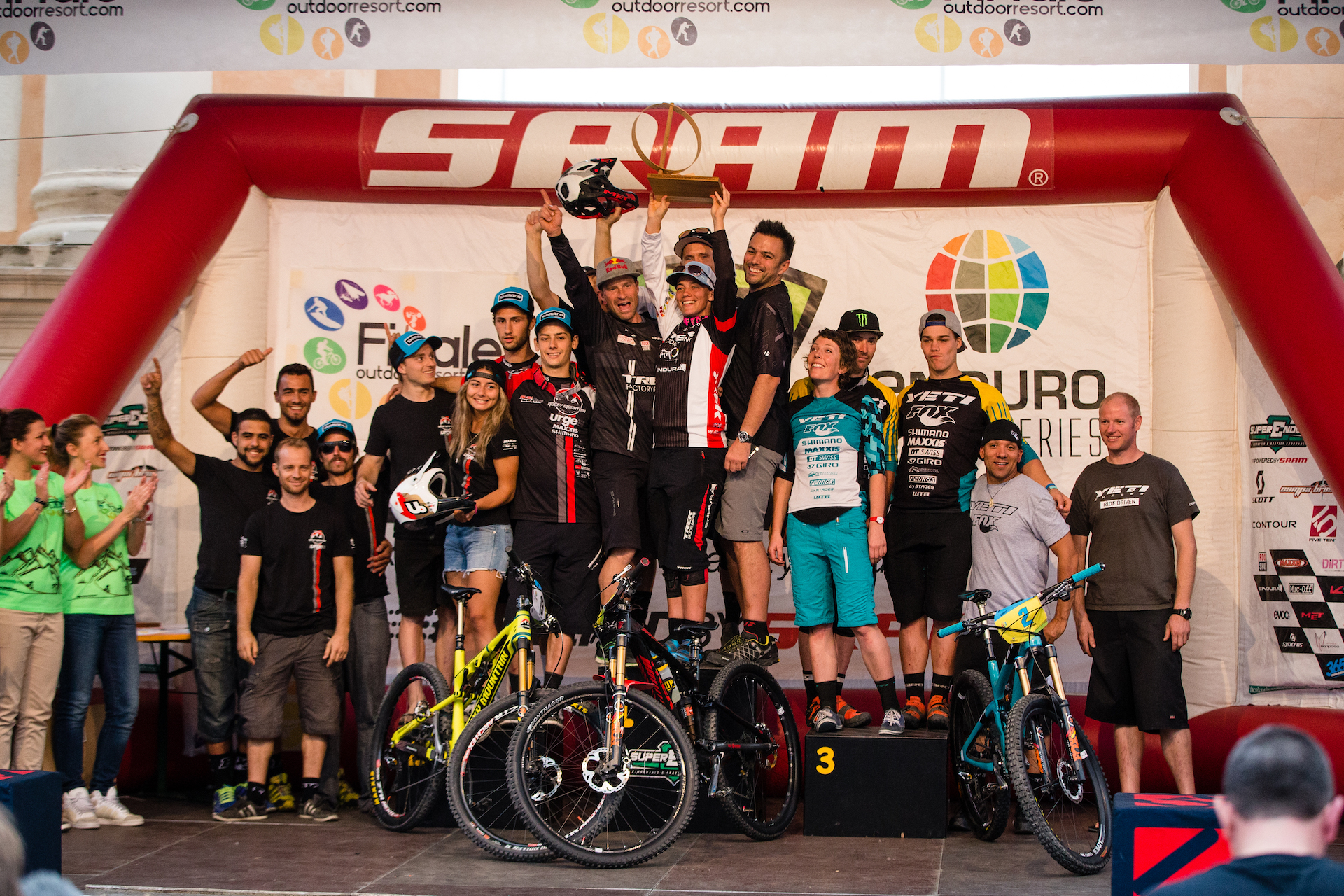 In 2020 the Trek line-up consists of Pedro Burns, Katy Winton, Hattie Harnden and Florian Nicolai. Nicolai has helped propel both Canyon and Rocky Mountain to championship wins in the past - could he do the same again for Trek in 2020? Watch this space! 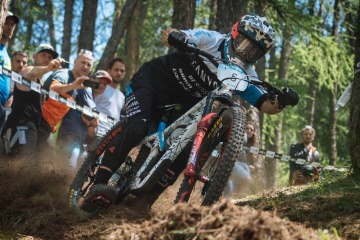 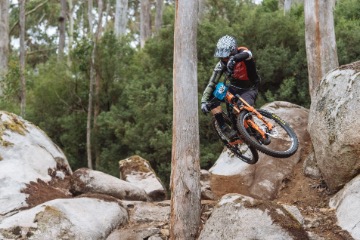 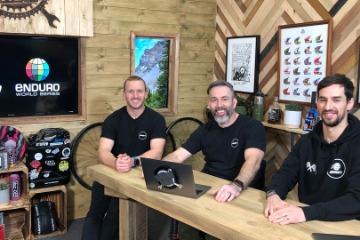