After becoming synonymous with the black, blue and orange of the Cube Action Team, Ireland’s Greg Callaghan has moved to Unior Devinci Factory Racing to contest the 2020 Enduro World Series. One of the most talked-about moves of this year's transfer window was finally confirmed today with the star of Red Bull’s On Track series having been linked to just about every other team in the pits. 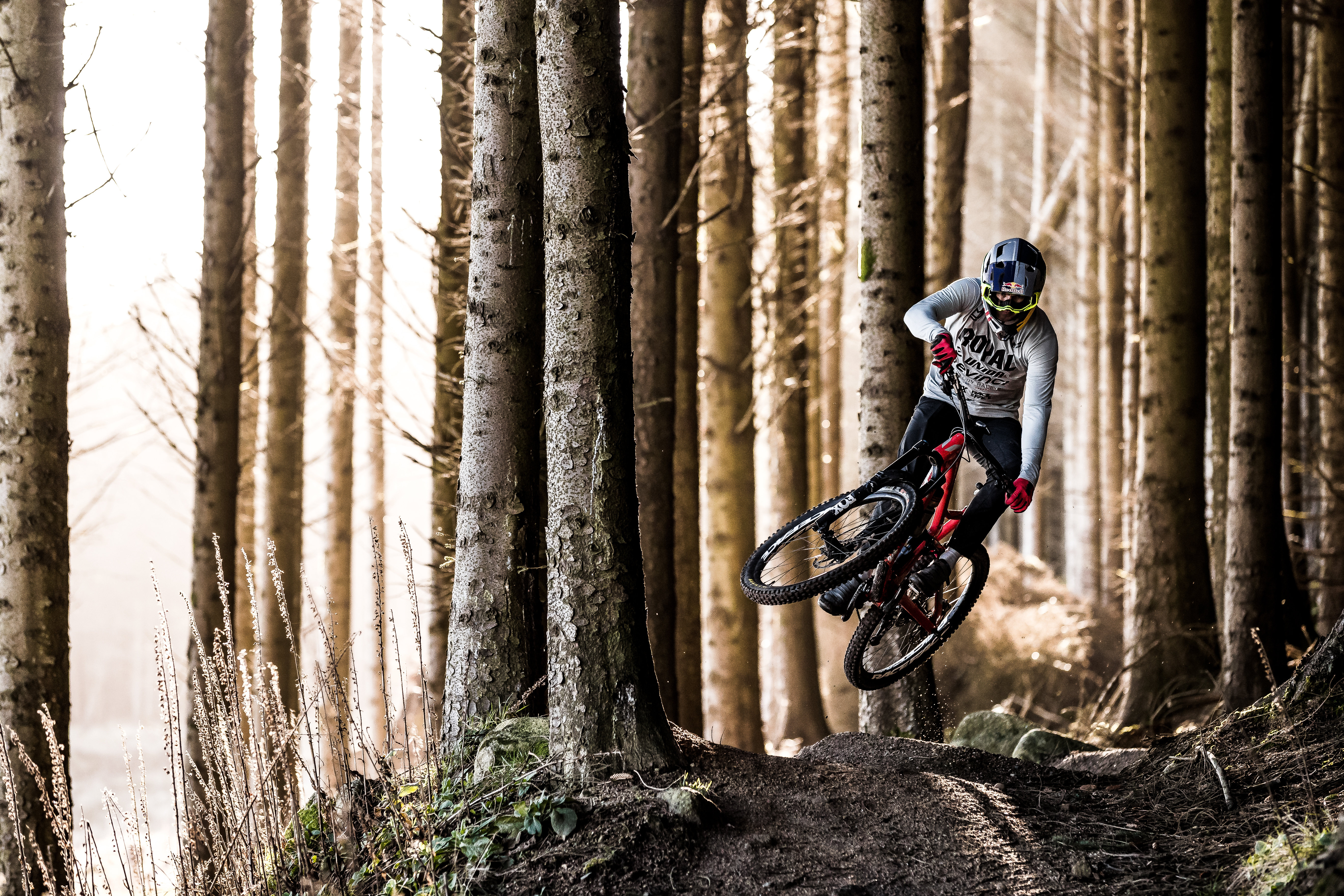 Over a crackling phone line (Greg has moved to the mountains) he told us all about what was his first pro team transfer, how it all came about and what lies in store for the year ahead:

EWS: When did you know that you were leaving Cube?

GC: I guess everything was finally decided about a week or so after Finale. It all happened pretty fast. I’d been sort of searching around for a while but the week after Finale I’d say that I knew that this was where I was going.

How long were you with Cube? Was it a tough decision to leave?

Yeah, it definitely was - I’d been there for five years. It’s the only team that I’d ridden for professionally and I’d built up a relationship with the whole team. It did have a family feel to it and we’re all close as team mates, staff, team manager and everyone so it was definitely a hard decision. But when I laid everything out in front of myself it was an easy one too in some aspects because the time had come where I needed something fresh to freshen up my racing and my motivation. I now think that that’s happening and that it’s worked out. 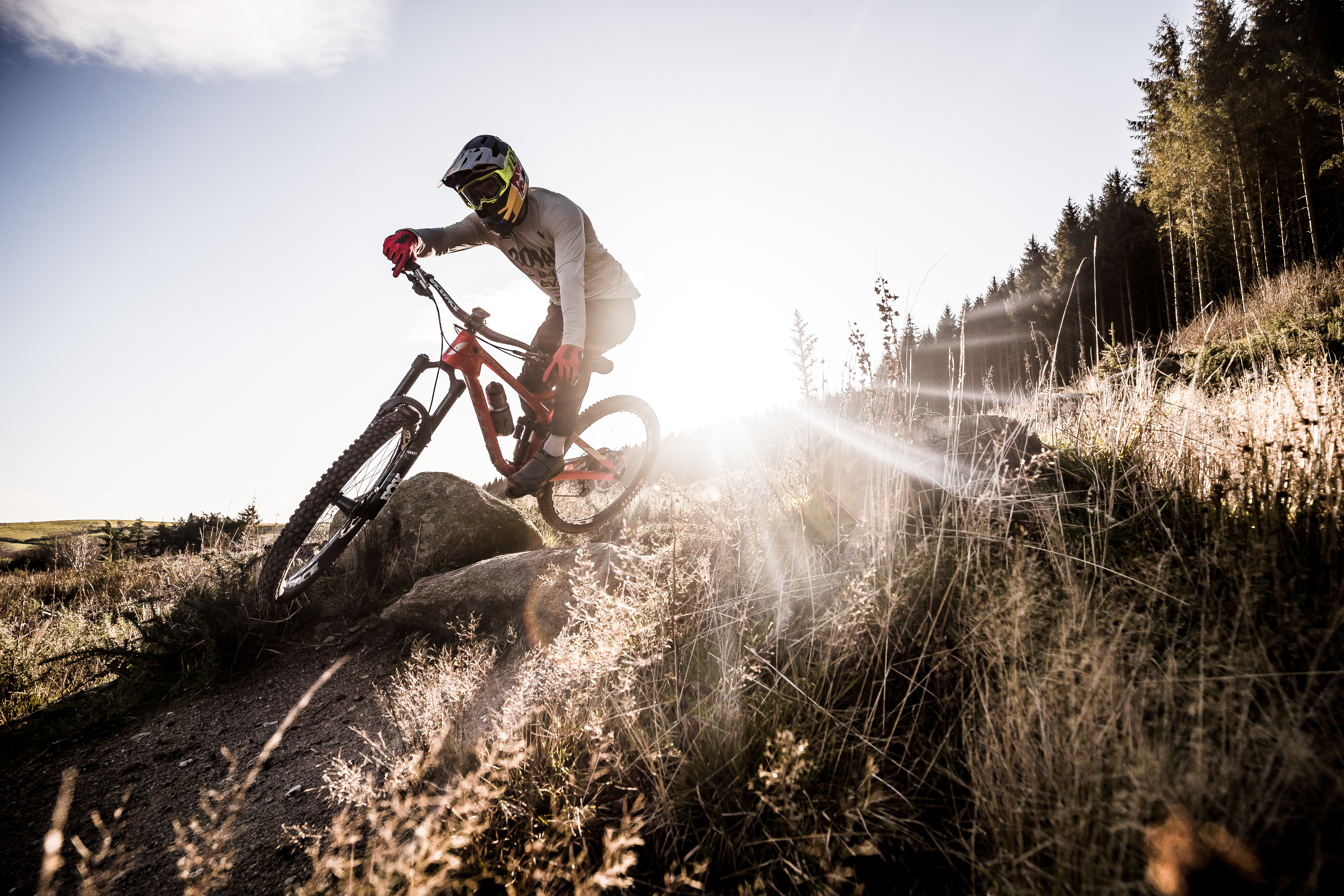 Callaghan will be partnering with Keegan Wright for Unior Devinci in 2020. Pic: Ross Bell

This was your first professional team move - how did you find it as they can be famously tricky?

It is daunting for sure, it’s a big move and you know that a bad decision in a team move could make or break your career. You’ve got to be very careful and to make sure that you’re making the right move for you and everyone involved. I tried to be as open as possible with it and tried to keep the two teams in the loop about what was being said between everyone. It was an open conversation and there were no hard feelings so it was pretty much as clean as a team switch could be in the end.

How did the Devinci deal come about?

I heard that Damien (Oton) was leaving through the grapevine and then the Devinci team manager heard that I was potentially leaving Cube as well so he messaged me and we met up for a beer in Zermatt. Straight away it was pretty cool. The team manager, Bass, is a pretty young guy, he’s really tuned in to what’s happening in the sport and what a rider needs. He’s a racer himself; he’s raced to a high level in the past and still races now so straight away it felt like I was talking to a fellow racer and a friend as opposed to a ‘boss’. That was really cool and really reassuring. Things just went from there then in terms of team talks and getting everything ironed out. 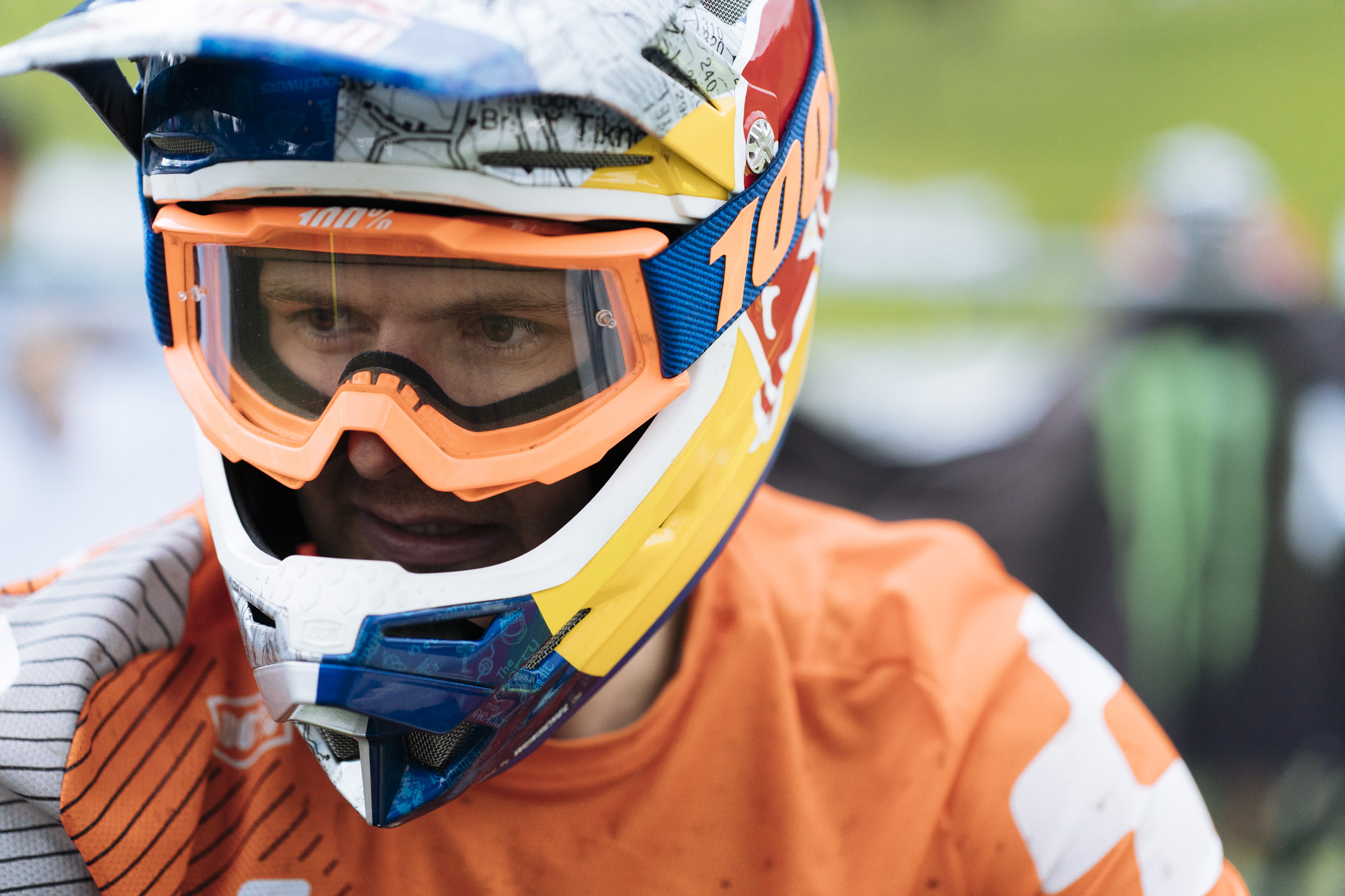 Did you get a chance to test the bike first? How are you getting on with it?

Devinci were really good with that actually. Straight away, after I left Finale they organised to have two frames sent out to my house. I had a large and an extra-large to choose between so I was able to ride them quietly between then and October. It was a big help that I could ride the bike before making the decision and it was really good of the guys to go to those lengths to get things organised so fast. I was comfortable straight away which was really good. Especially as I was jumping off the bike that I’d ridden all season. To just jump on something so different and to then feel comfortable was such a positive thing. We then had a week in California testing in December and that was really, really productive. We’ve made a lot of progress already and even though it’s January now, I feel like I could race the bike tomorrow and I’d be happy, which is pretty unusual for this time of year.

What are your hopes for the new team?

Compared to what I’ve had before it’s going to be a smaller team at the races; two riders, two mechanics. I think that’s really good as with enduro there are a lot of logistics and time constraints; even something like meal time can eat into your day so the fewer people that there can be involved in all of that then the smoother things can roll through the day. Also, both the team manager and the mechanic are racers themselves so I think that that’s going to be awesome to have people around who know what a rider needs and wants. They can help with race tactics, they know when and what you want to eat - all those kind of things add up to making a race weekend run smoothly which then puts you in a good position when you hit the start line. 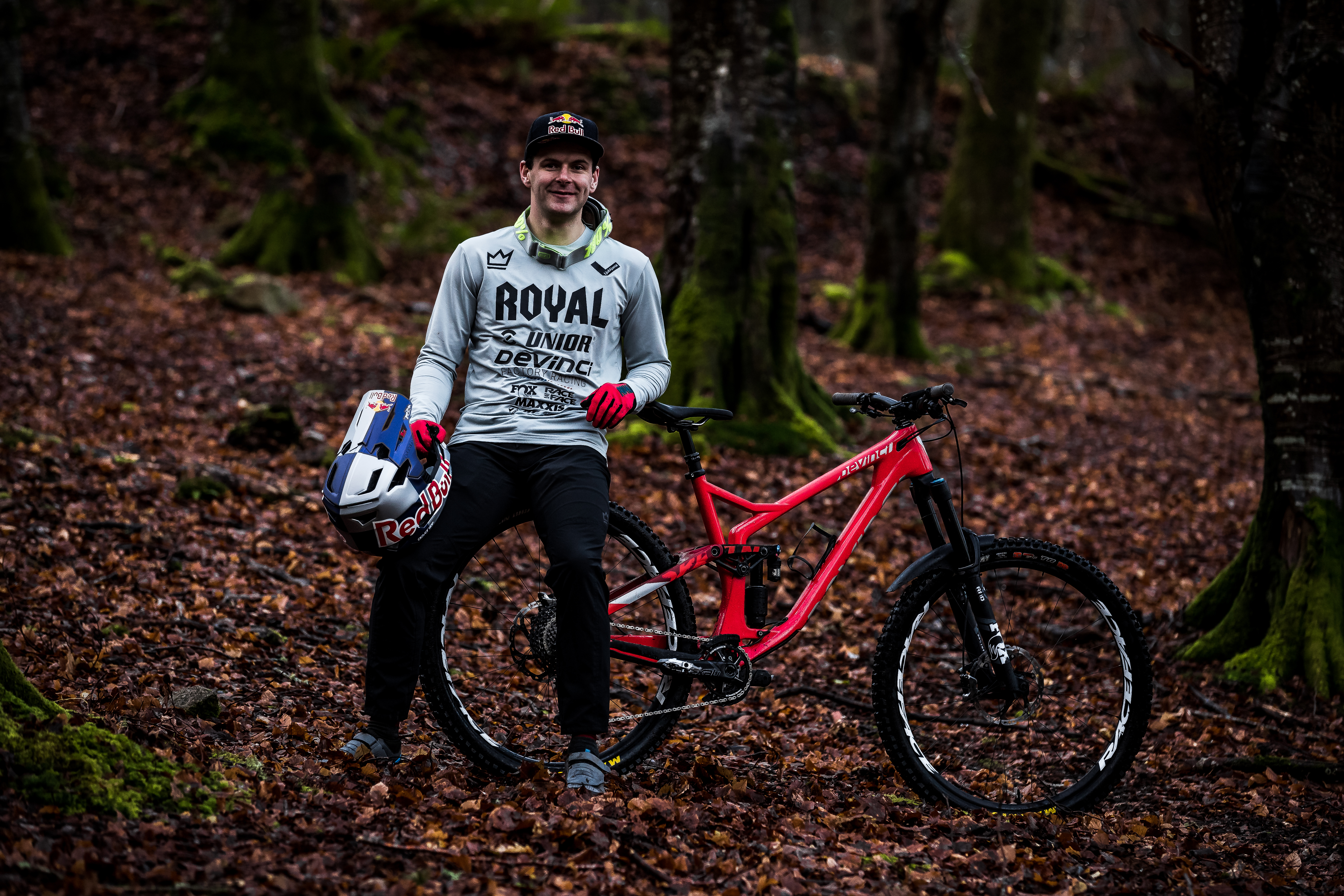 Greg and his new team will be hoping for a strong start to the season in Colombia. Pic: Ross Bell

It’s kind of hard to say. I’ve had two pretty poor years, to call a spade a ‘spade’. I’ve struggled to get into the top ten. I’ve shown pace at every race, I feel like I’m training every day with the vision of winning races and that’s what I want to be doing. Realistically, if I can be a consistent top five guy and sneak a few podiums and maybe get a win somewhere throughout the season I’d be a very happy person. If you can be consistently in the top five then there’s a good chance that you’ll be in the top three by the end of the year. You know, I want both of those - I want to stand on a few podiums but I also want to have a go at a good overall ranking and just to be at the front of the races so that you’re one of those people who are in the fight every weekend.

Greg’s first Enduro World Series race for Unior Devinci Factory Racing will be at round one in Manizales, Colombia on March 28. You can follow all his preparations at @greg_callaghan 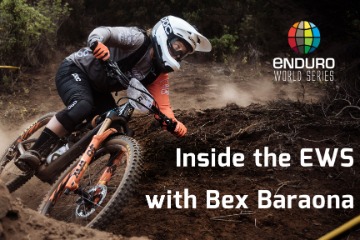 Video: Inside the EWS with Bex Baraona 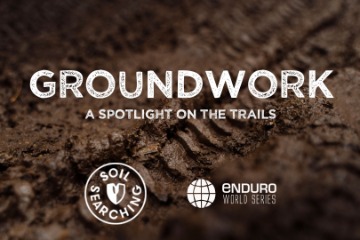 Video! Groundwork: A spotlight on the trails