The first round of the South American Enduro Series, which took place at Cerro Catedral in Argentina was the perfect start to the season: the best riders from the continent, ideal grip, the spectacular landscapes of Patagonia and the sun that accompanied throughout the day meant riders and spectators could enjoy the race to the fullest.

Right from the ouset of the event, you could feel the tension amongst the athletes - not only could a win here land them on the race podium, but offer up vital Enduro World Series (EWS) ranking points that could gain them entry to the main EWS races in 2020 - especially important given rounds one and two take place in Colombia and Chile next season.

The course consisted of five stages that pushed the riders both technically and physically - with riders out in the mountains for a full eight hours. This year, the participation of top-level athletes such as Felipe Agurto, Jerónimo Paez, Jhony Betancurth and Javier Santiago, among others, was highlighted. The women category had its call and also some athletes raced with E-Bikes - a novelty in the local competitions. The e-bikers, having an electric assistant, could not use the lifts for the main ascents. 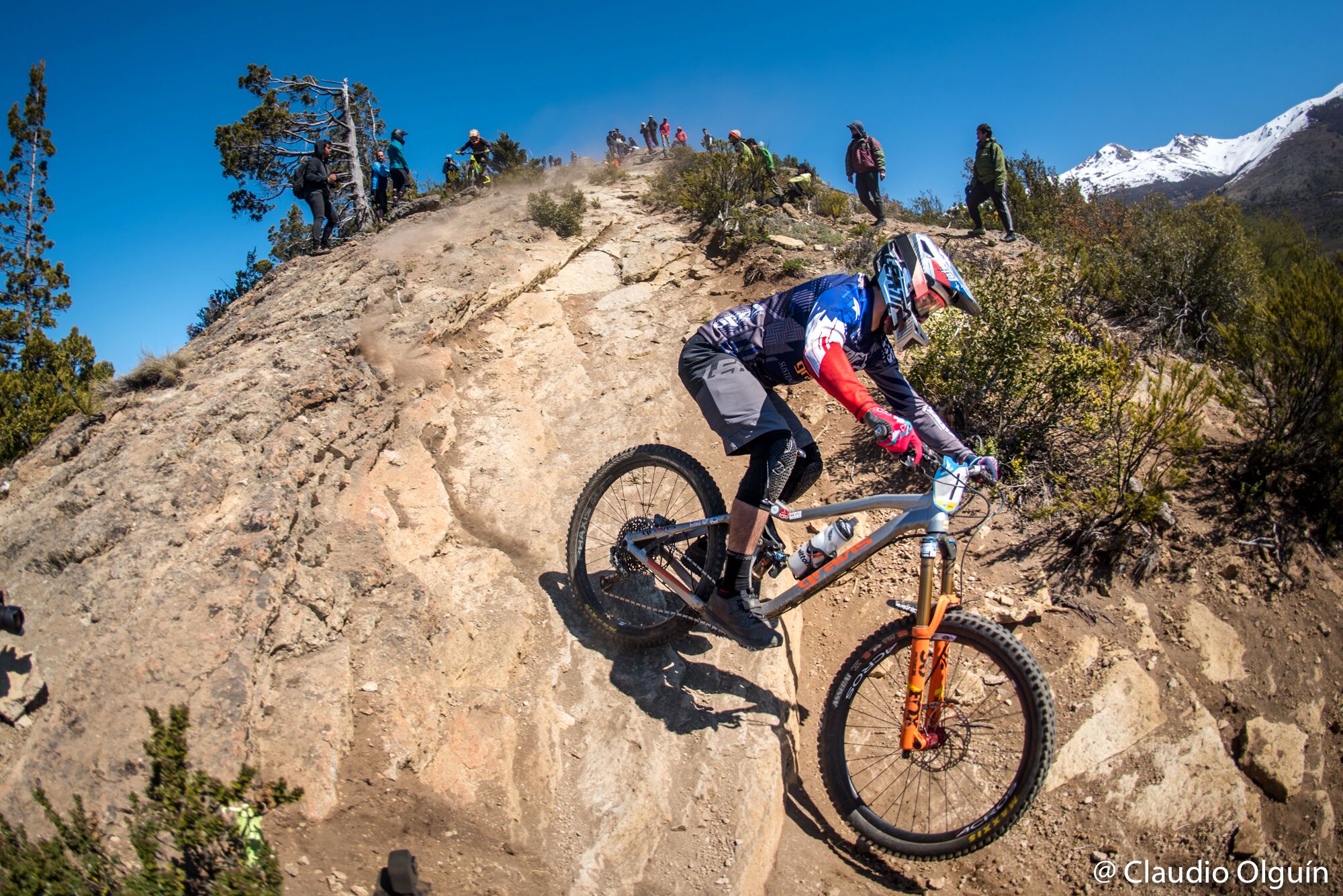 In the Elite Pro category the first place went to the favorite Felipe Agurto from Chile, followed by Milciades Jaque also from the trans-Andean country. Third place went to Gonzalo Serenelli, while fourth place was for Jerónimo Páez from Mendoza and Jeremias Maio from Cordoba was in fifth place completing the fastest podium. 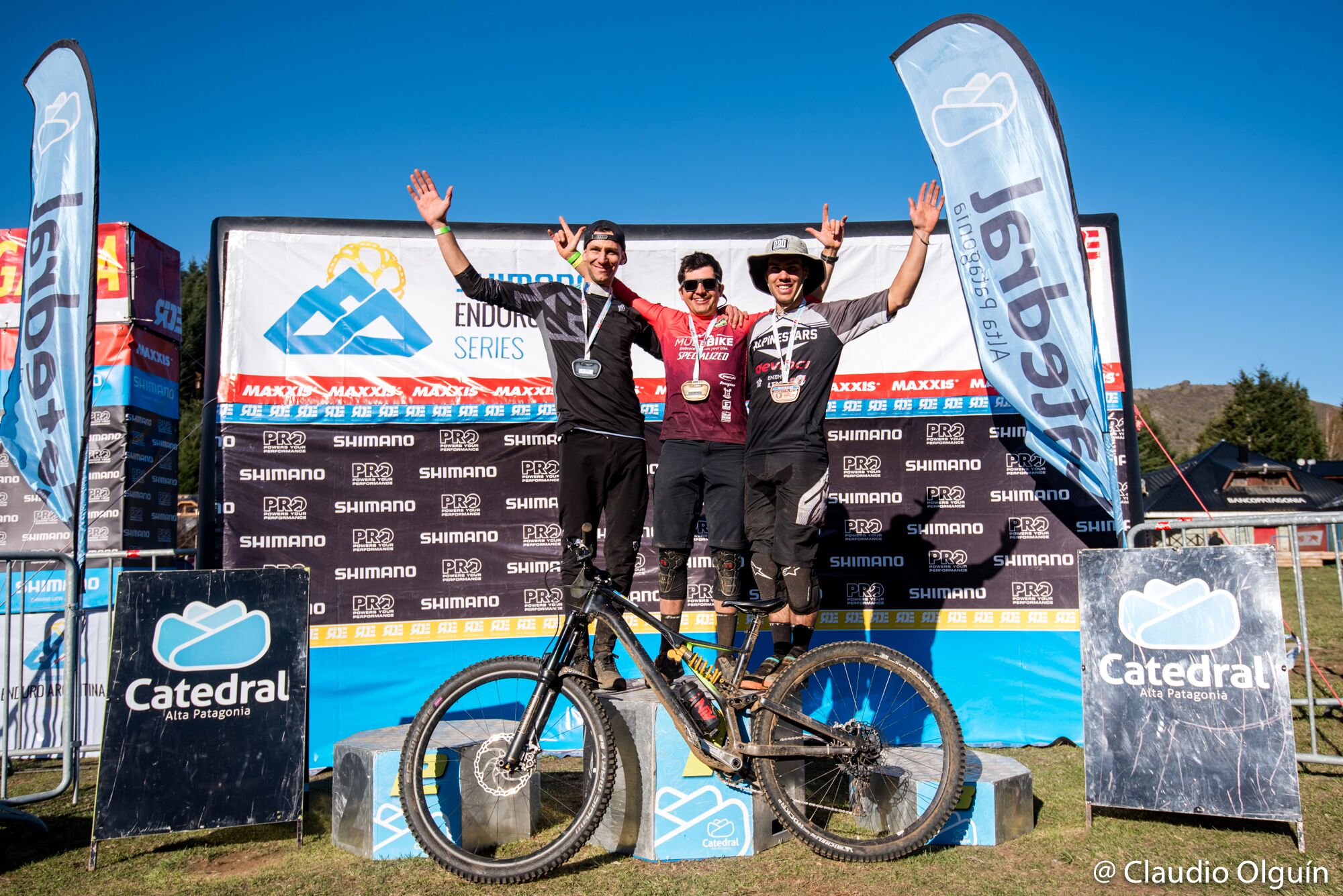 In the Amateur Men category the podium was formed first by Barilochense Pedro Gandolfi, followed by Ricardo Ramírez Gomez from Chile and in third place was Federico Proverbio, also a local rider.

For the Cadet boys, between 14 and 16 years old, first place went to the Chilean Cristobal Beltran, followed by Felipe Garcia Schifferli and third place Carlos Villegas. As for the Junior category, the first place was held by Joaquín Gonzalez of Chile, followed by the local Facundo Descalzo and completed the podium Luciano Tarsetti Erazo. 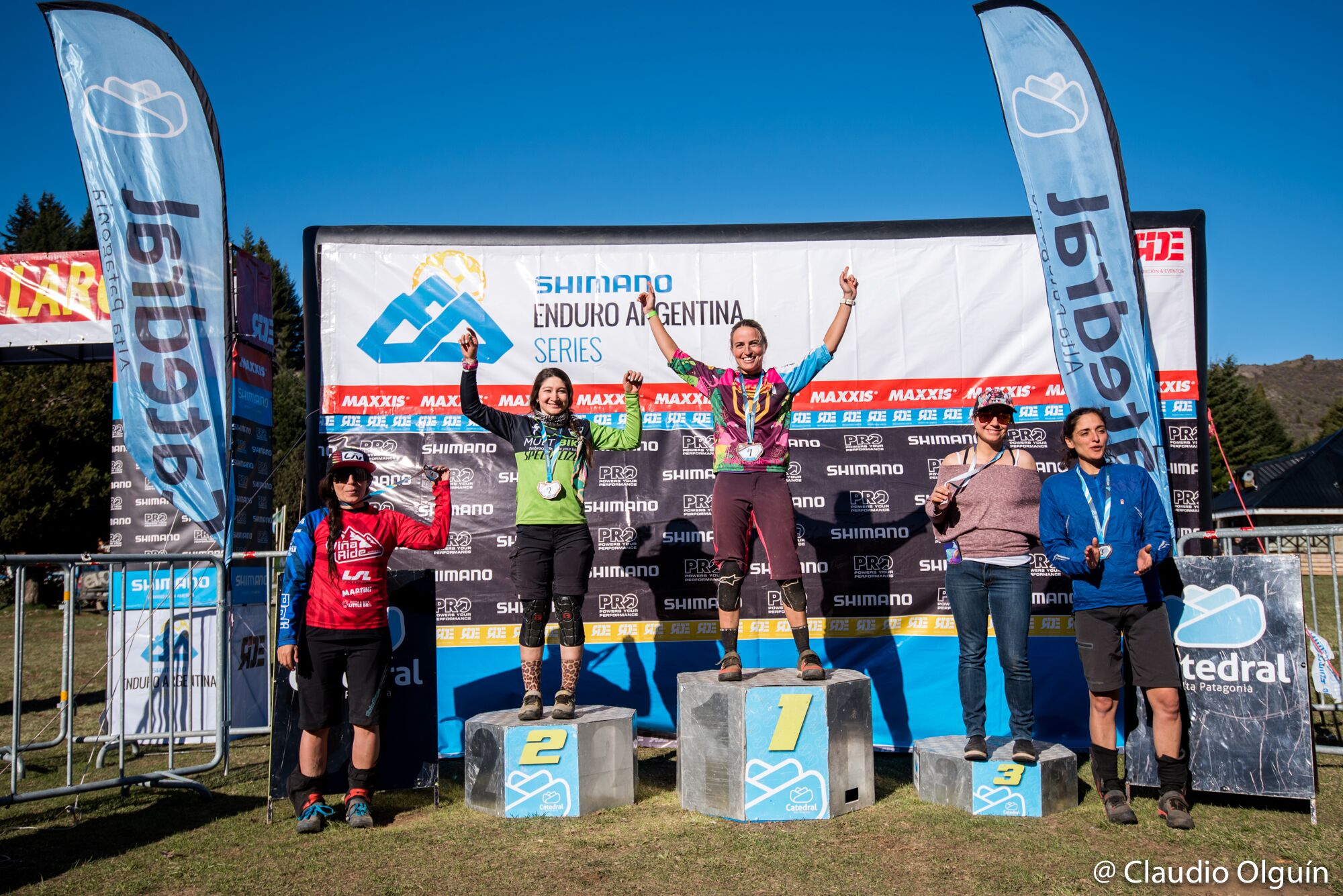 A strong women's field turned out for the first race of the new series. Pic: Claudio Olguin

In the Women's category the first place went to María Lourdes De La Orden, from Tucuman. In second place was Valentina Benavides Venegas from Chile and Carolina Barbagallo from Bariloche completed the podium.

The younger ones also had their podium, the first place in the Junior category went to Pedro Abrigo of Chile, followed by Domingo Echaurren and in third place was Juan Cruz García de Tandil. 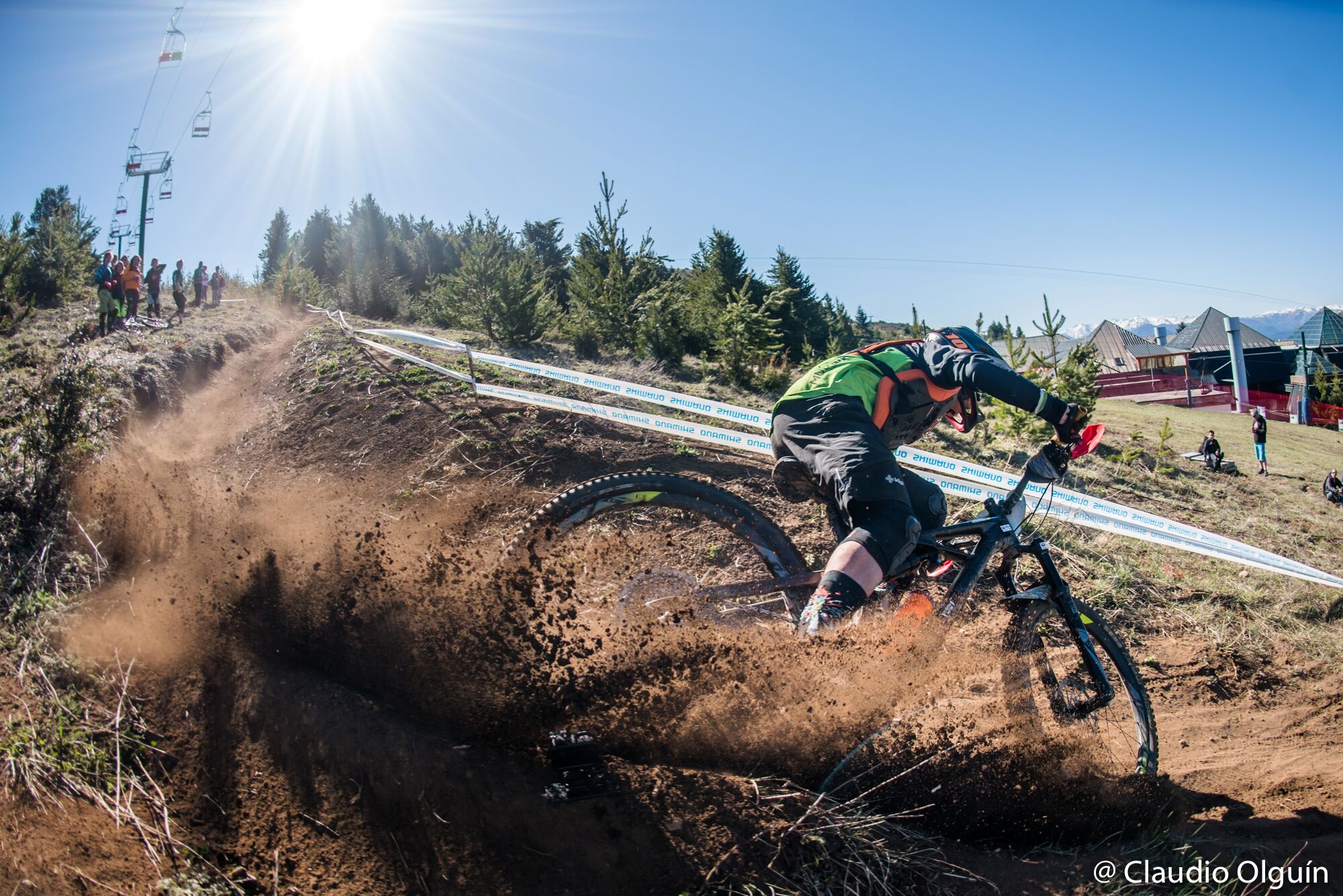 This event was undoubtedly another example of what is achieved by working as a team, with a lot of commitment and in order to position Bariloche and the region as a MountainBike destination worldwide. Ride SRL thanks its entire team, Alta Patagonia Cathedral and Emprotur Bariloche.

The next and final round of the South American Continental Enduro Series will take place in Ninhue, Chile on November 1 and 2 where we will meet the first Enduro champions of the Continent.

Full results from round one available here. 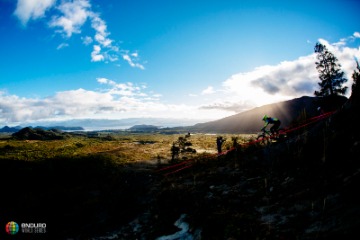