“It has an electric assist, but I don’t really use it. You can try it on setting two though.” Sean Simonson reaches across me and clicks an up arrow by my left-hand grip twice. A tiny blue screen glows into life and the number ‘2’ blinks back at me. 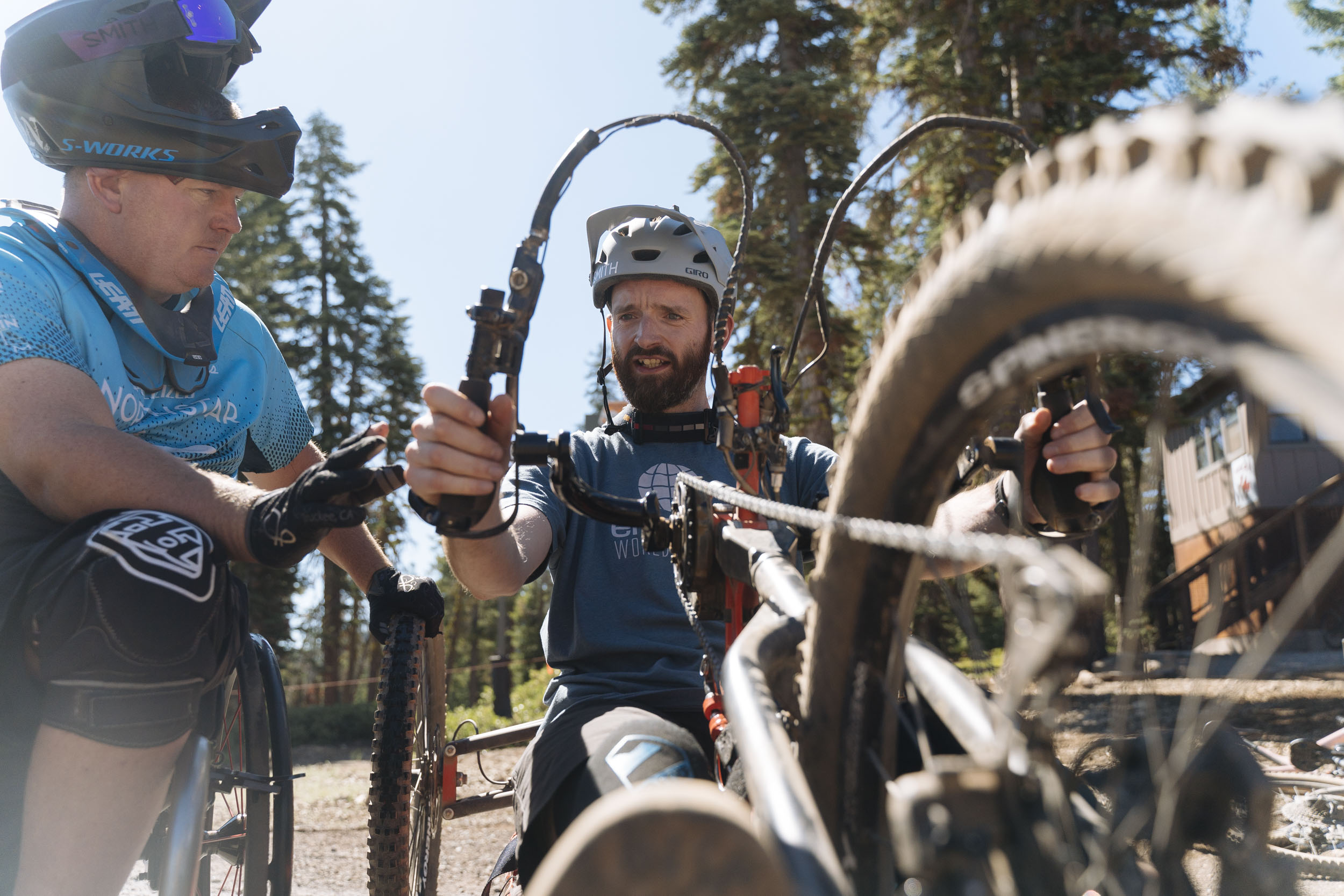 Ric McLaughlin gets to grips with Sean's bike

Getting his magnesium-framed handcycle moving takes a bit of effort but after three quarters of a turn of the cranks I feel the motor come in to play and it begins to accelerate smoothly. Steering the three-wheeler is tricky; the driven front wheel flops from side to side and Sean laughingly refers to its turning circle as being akin to that of the Titanic.

As I point it back downhill though it becomes clear that the suspension works superbly well and just like a modern enduro bike with speed everything begins to come into a beautifully balanced operating window.

Sean is a retired fireman from Huntington Beach, CA who races for Northstar Mountain Bike Team and has a big, easy smile. One day in 2006, whilst out riding with his brother, he had the kind of crash every mountain biker dreads.

“I went over the handlebars,” he says, “It caught me so off guard that my hands were still on the handlebars and my feet were still clipped in. I hit the ground forehead first… I can’t say enough about buying nice, expensive helmets because that’s what saved me. Then my whole body came from behind and my spine touched the back of my head, it broke my neck and that’s when I was diagnosed as a C6, C7 quadriplegic.”

On top of limited use of all four limbs, Sean suffers from more complex internal issues such as his bodies inability to cool itself properly and a constant heart rate of 70bpm.

“What I tell people is that it’s a lot more than just what you can see,” he says.

“If it was just what you can see then I’m happy with that, I wouldn’t change a thing! I’ve raced anything on wheels and now here I am; I get to be on wheels for the rest of my life!”. 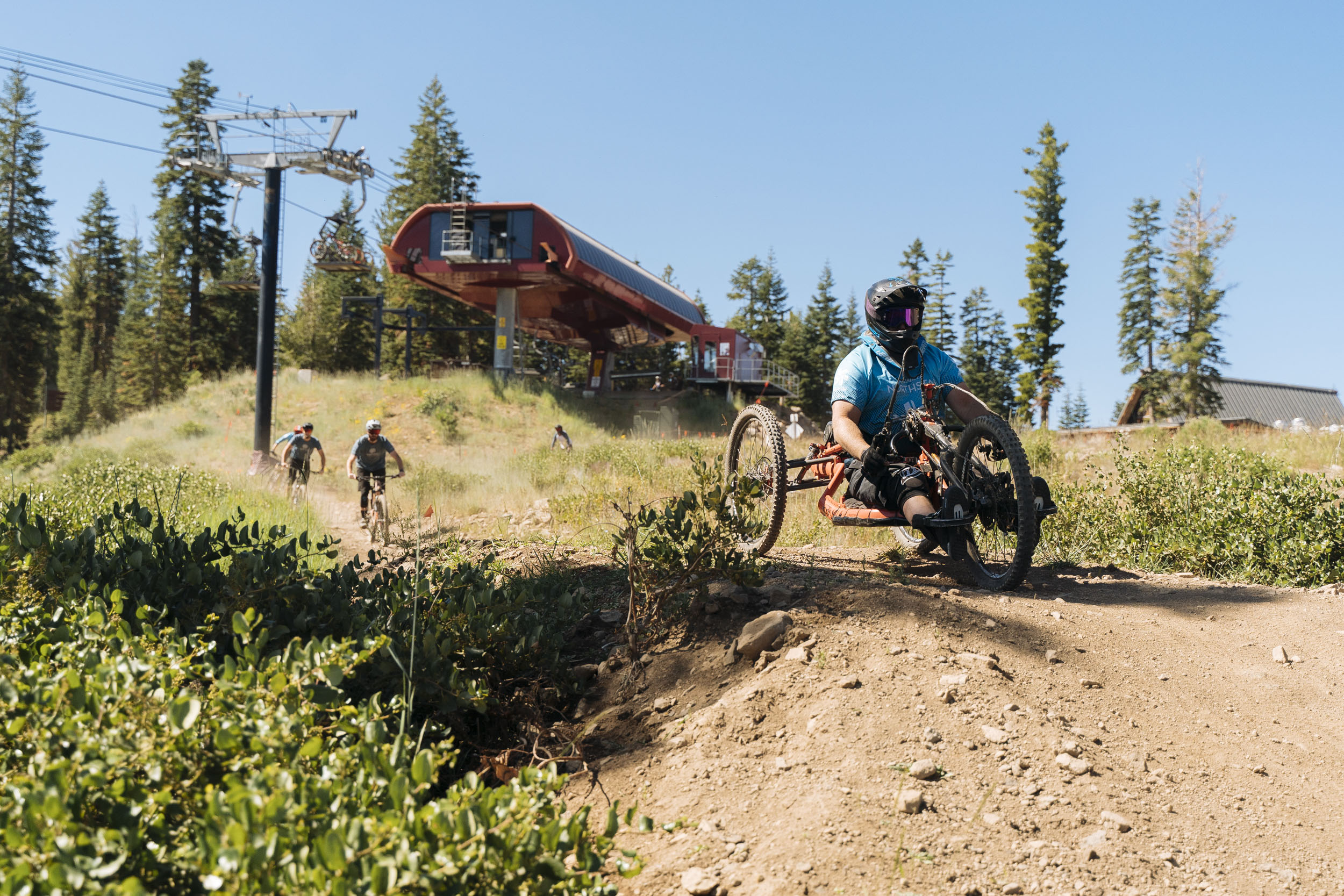 Sean leading out the EWS crew on Livewire

Sean usually rides with his friend Mason who acts as his spotter and helper should his bike become snagged on one of Northstar’s steeper rock roll-ins. Today however, we’re riding a trail called Livewire which he knows well so Mason takes up station with the rest of us behind him.

We roll out and straight away it’s clear that Sean isn’t hanging around. The three-wheeler leaps forward in a straight line, all three air-sprung wheels neatly evening out the loose rocky surface.

Maintaining forward momentum and not rolling requires next level forward planning, something which Sean appears to be superbly adept at. In each berm he dives down towards the apex, grabs just enough rear brake as to lock his inside rear wheel, which tightens his line before he then releases the anchors just in time to make good on his momentum.

The three-wheeler is wide with a rear track of 36 inches. That’s fine for the spacious surroundings of bike park flow trails but an altogether different proposition amidst the tight confines, dust and rock of Northstar’s burlier and more natural trails.

We drop into one such trail and the really impressive stuff begins. The bike becomes a sort of rock crawler eking traction from the crumbling, rock-infested edges. Some sections require careful navigation and his hubs occasionally glance off unflinching lumps of granite but forward progress is always maintained and once the pinches pass, Sean dumps the brakes and once again disappears from view.

At this weekend's Northstar Enduro, he will become the first adaptive rider to compete in an Enduro World Series event. Mason and company will be on hand should he require assistance but for Sean the lure of racing his bike remains irresistible. 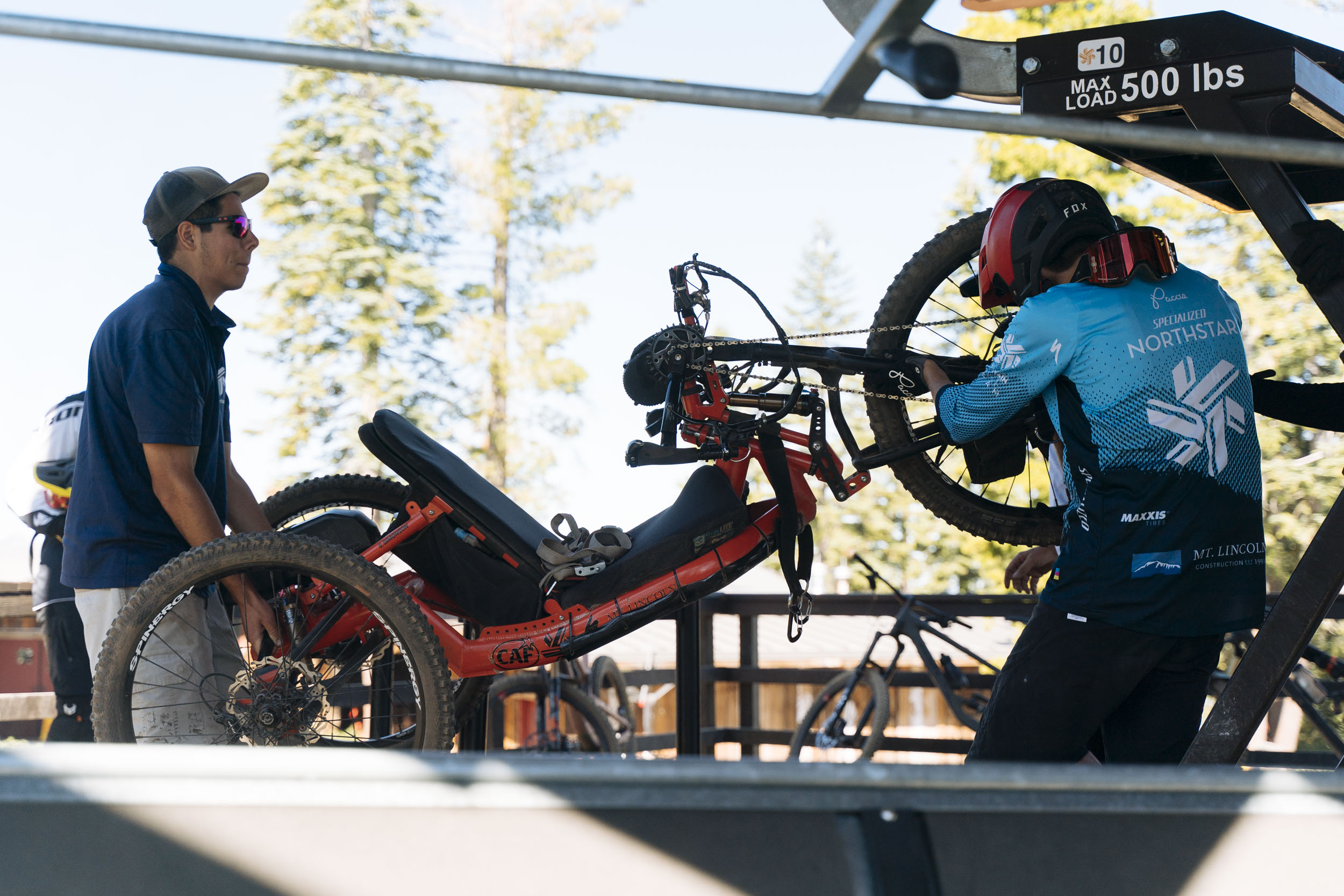 “I don’t want to be the trail blazer but I do want people to know that they can do it too. That’s one part of it,” he says evenly. 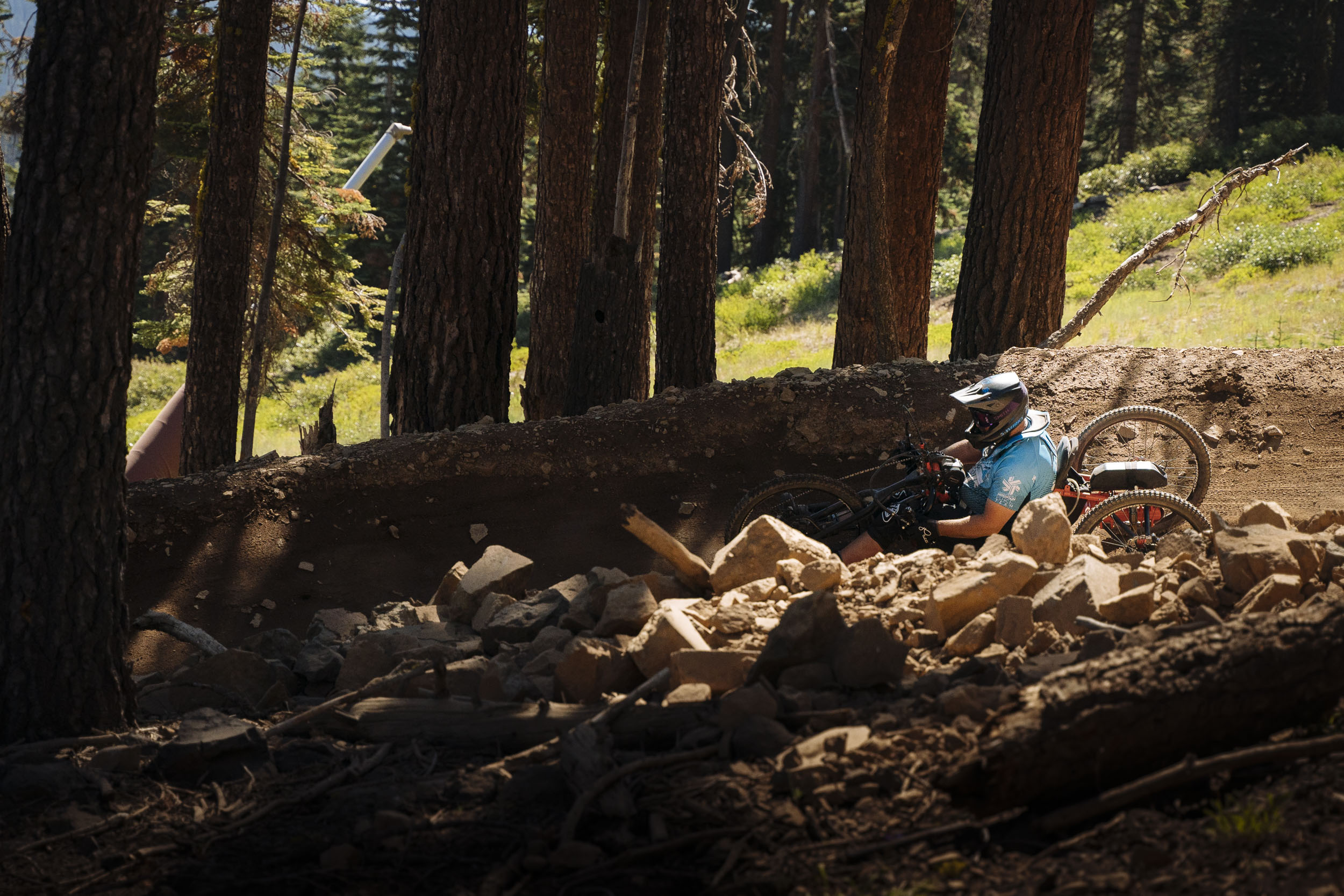 Sean will be racing the EWS80 this weekend

“The other part is that this year has been crazy. I’ve been racing downhill, I did my first ever enduro at Sea Otter and then my pinnacle was doing a California Enduro Series race at China Peak and I was thinking “Wow! I’m at the pinnacle!” and now here I am doing an Enduro World Series?! It’s blowing my mind and I’m thinking “Where is the ceiling?” And so I’m just going to keep pushing it until I find the ceiling.”

You can keep up to date with Sean’s history-making ride on our live race feed, this weekend. 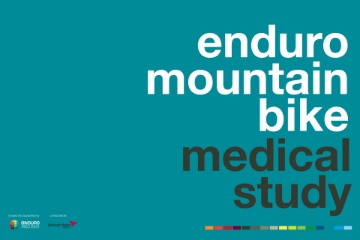 Coming to Northstar? Here's what you need to know! 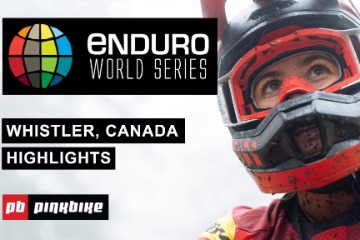