The 2019 season really is just around the corner (we're looking at you Rotorua) and the team releases have been coming thick and fast over the last few weeks, getting us very excited about what lies ahead this year. With so many teams and riders now taking part, we know it can be hard to keep up with all the changes - so here's a complete guide to who's riding for who and on what this year.

One of the most prominent teams on the EWS circuit, Cube know when they are on to a good thing and so are sticking with their 2018 line up of Greg Callaghan, Zakarias Blom Johansen and Gusti Wildhaber, but with the addition of their first ever female rider in the form of Sofia Wiedenroth. The former XC World Cup racer from Germany has competed in a handful of EWS races and it will be interesting to see if she can shake up the women’s competition this year.

Everyone's favourite party animal Iago Garay is flying the Santa Cruz flag again this season, alongside team mate Scotsman Mark Scott. These two both posted solid seasons in 2018 and we have a feeling this could be a breakout year for Scott - he finished 8th in the overall rankings last year and we wouldn't bet aginast seeing him finish even higher when the season concludes in Zermatt this September.

There’s some big changes in the Specialized camp as they add former Junior World Champion Killian Callaghan, Maxime Chapuis and U21 rider Francescu-Maria Camoin to the roster.  This fresh young team will be looking to disrupt the men's competition. Jared Graves is still very much part of the team, but is unlikely to make an appearance as he continues his cancer treatment.

Last season’s Team Champions the Canyon Factory Enduro Team are back. Under the leadership of mountain biking legend Fabien Barel, riders Florian Nicolai, Dimitri Tordo and Ines Thoma complete the line up, with Joe Barnes moving on to pastures new. All three riders have a wealth of EWS success under their belts, and we wouldn't be surprised if they're planning to storm the team rankings again this year - they're a force to be reckoned with.

After such a successful 2018 there are unsuprisingly no changes to the Chain Reaction line up, with two times champ Sam Hill leading the charge. Last year’s U21 Champion Elliott Heap moves into the elite category, where he’ll join team mate Kelan Grant. Team Manager and legend of the sport Nigel Page will be racing in the Master’s category.

Last year Ibis were second in the team rankings and so are sticking with their winning formula for 2019. Lewis Buchanan, Robin Wallner and Bex Baraona are staying put. Wallner scored a couple of podium places last season and is definitely a name to watch this year, and both Bex and Lewis are also very real podium contenders.

EWS newcomers Pole bring New Zealand's Joe Nation and the UK's Leigh Johnson to the party. Nation’s year got off to a blistering start when he won the final leg of the Asia Pacific Enduro Series In Christchurch, and the Kiwi will be looking for more of the same on home soil at round one in Rotorua. Managed by none other than Matti Lehikoinen, we’re excited to see what this new team can do in their debut season.

This New Zealand based team features six Kiwis; Rae Morrison, Sam Shaw, Cole Lucas, Charles Murray, John Richardson and Brendan Clark. Rae is it’s most recognisable rider and her season got off to a flying start when she took top honours at the final round of the Asia-Pacific Enduro series in Christchurch. Cole came third in the U21 category last year as well, and is a star of the future.

Commencal is of course home to the irrepressible Cecile Ravanel - reigning Champion and the rider who has more EWS wins to her name than anyone else. A nasty crash in the off-season means she’ll definitely miss out on the first races of the season at least. U21 rider and reigning French Junior Enduro Champion Antoine Vidal has joined the team while Theotim Trabac who moves up to the elite category.

The biggest change at Giant this season is the edition of French rider Youn Deniaud, who’s 10th place finish in the overall rankings last season saw his efforts recognised with the EWS Breakthrough of the Year Award. Australia’s Josh Carlson stays put, as does Mckay Vezina who will concentrate his efforts on the North America rounds this season. Rae Morrison has moved to the BBCL NZ Arapi Enduro team.

After a pretty incredible 2018 which saw Martin Maes become the first person to win both a Downhill World Cup and and an EWS in the same season, it’s no surprise they’re sticking with that winning formula. He’ll be joined by Noga Korem and Wyn Masters, as he was last season. One of the few teams where every rider has a podium place finish to their name, they're a hot favourite in the overall team rankings for the season ahead.

Another team with no changes to their roster, Intense Mavic Collective retain Isabeau Courdurier, Killian Bron and Cedric Carrez. Isabeau was on every podium of 2018 and with main competition Ravanel out with injury for at least the first few rounds, it’s very likely she’ll be on the top step this time around too.

Kona will make their EWS debut this season with none other than Miranda Miller and Rhys Verner taking on the full series. Rhys has an EWS win under his belt already after taking the U21 Category in Finale in 2017 and former downhill world champ Miller is bound to shake things up in the women’s competition. They’ll be joined at the first two rounds by Connor Fearon and Shelley Flood, with the USA’s Hannah Bergemann also at select rounds.

There’s no changes to the Lapierre line-up this season, with Adrian Dailly and Chloe Gallean on board. Dailly missed the last five EWS races last season after a broken elbow, but he’s back and will be keen to make his mark in the men’s competition as he has in the past with some outstanding wins - the first of which was in Tasmania in 2017.

Reigning Masters World Champion Karim Amour leads the Miranda team again, retaining Portugal’s Jose Borges and Alex Cure of France. Melanin Pugin leaves, and will race the series as a privateer. Karim won four of last year’s eight races - expect to see plenty of podiums from him again this year as he will undoutedbly try to defend his title.

Swiss sisters Anita and Caro Gehrig stick with Norco for 2019. The twins had a mixed bag of results last year, with both scoring top five finishes but also both struggling with injury and being forced to miss rounds. An ever present podium threat, these two are always at the sharp end of the women's competition and it's unlikey they'll be anywhere other than near the top of the leader board by the end of the season.

The Orbea roster remains largely the same; Becky Cook, Thomas Lapeyrie and Gabriel Torralba, but for 2019 they also welcome Vid Persak to the team. Slovenian Vid took fifth place at the Petzen/Jamnica round last year and is a name to watch in the men’s category this season. T-Lap is recovering from an injury sustained in the Andes Pacifico earlier this year, but is the master of the comeback and is bound to come back fighting.

Pivot make their 2019 EWS debut with a strong line up featuring Eddie Masters and Matt Walker. The two Kiwis both have a fair number of EWS races under their belt, and Eddie is no stranger to their podiums either - remember that forward roll in La Thuile?!

Sticking with their core team of Remi Gauvin, Jesse Melamed and Andreane Lanthier Nadeau are Rocky Mountain. Andreane will be looking for more podium finishes again this year, while Jesse Melamed will be looking to get back to his winning form of 2017 after an injury plagued season in 2018. Peter Ostroski will also join the team for select rounds this year.

There’s no Casey Brown this year, but the rest of the Trek roster remains the same with Katy Winton, Ruaridh Cunningham and Pedro Burns at the helm. Katy will be looking for more of the same after her top three finish last year, whilst Pedro will be coming into the season feeling confident after his Andes Pacifico win last month. Expect Cunningham to climb the rankings too - he's only completed one full EWS season, missed a round due to injury and still managed a very respectable 16th place finish in the overall rankings.

Damien Oton and Keegan Wright will continue to fly the flag for the team again this season. With a well earned reputation for consistency, Oton has finished the last few seasons in the top three in the overall rankings and there’s no reason to doubt he’ll do the same again this year. It was an up and down season for Wright in 2018, but with Oton as a mentor that could all change this season.

Richie Rude and Duncan Nason of the USA stay with Yeti for the season ahead. A number of wins for Richie saw him climb the rankings last season, and two wins for Duncan in the U21 category last year means he’s a name to watch out for again this season.

This French team features Clement Benoit, Baptiste Gaillot, Theo Daumas and Ulysse Francoglio. Gaillot was there top scoring rider last year, when he took 21st in Colombia at round 2.

The only Austrian team, the line up consists of Bernd Dorrong, Remy Allemann, Yana Dobnig, Max Fejer and Reinhard Mayrhofer. Keep an eye out for Yana especially, as she brought home two podium finishes in 2018 in the U21 Women’s category.

The team features a solid line-up of up and coming USA riders; Jubal Davis, Shawn Neer, Carson Eiswald, Lauren Bingham and  Quinn Reece. The team will focus mainly on the North American rounds of the series - keep an eye out for Lauren Bingham in Northstar, she won her category last time she raced there with the California Enduro Series. 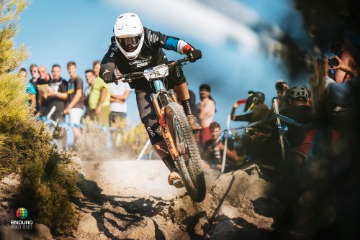 Get to know the Orbea Enduro Team 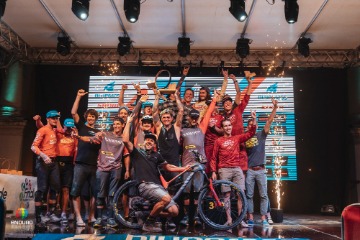