The Enduro World Series (EWS) announces the next step in its short - but action packed - history as it today reaches a historic agreement with the Union Cyclist Internationale (UCI).

The tight racing, exciting venues and great trails that are the hallmarks of the EWS will remain unchanged following this new agreement, and the Enduro World Series championship will continue as one of the hardest fought and most prestigious individual titles in mountain biking.

Alongside the individual EWS titles, and to promote the ethos of team work, strategy and sportsmanship, from 2019 the UCI will award the iconic UCI rainbow stripes to the winning national teams at the annual Trophy Of Nations event, marking a new era for international team competition.

The EWS will now begin working closely with the UCI to continue developing the discipline, advise the UCI Mountain Bike Commission, train Commissaires and integrate anti-doping policies into the sport of enduro world wide.

Chris Ball, Managing Director of the EWS said: “It’s been no secret we have remained in close communication with the UCI for the past six years whilst the EWS has spearheaded the growth of enduro. As the discipline continues its rapid expansion, the time is now right to add a layer of neutral governance - I’ve always been a firm believer that every sport needs checks, balances and transparency in place.

“This agreement has been a long time in the making and following the election of new UCI President David Lappartient in 2017, our relationship has strengthened and negotiations have accelerated. I am now pleased to announce that the EWS and the UCI from today will begin a new way of working together for the best of the sport, that will maintain the EWS’ position at the top of the discipline. This will allow the EWS to represent and guide the direction of enduro within the UCI, bring anti-doping best practice from the Cycling Anti-Doping Foundation (CADF) and award the fabled UCI rainbow stripes at the Trophy of Nations in 2019. I thank Mr Lappartient and Mr Van den Abeele for following our vision and together starting another new chapter for the great sport of mountain biking.”

UCI President David Lappartient declared: “I am looking forward to mountain bike Enduro joining the specialities recognised by the UCI thanks to the inclusion of the Enduro World Series on the UCI Mountain Bike International Calendar. Established in 2012, this very popular series includes no fewer than eight rounds which are of great sporting interest and impeccably organised. Thanks to this partnership, it will now benefit from a broader international reach and an unprecedented capacity to develop through our 190 National Federations. Moreover, I am convinced that the relaunch of the Trophy of Nations will attract a growing number of athletes, motivated by the idea of being awarded the iconic UCI Rainbow Jersey alongside their national team mates.” 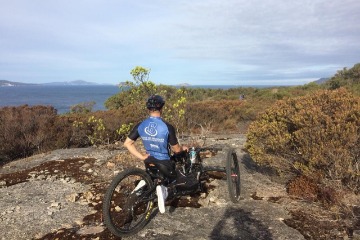 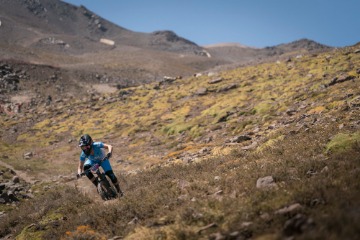 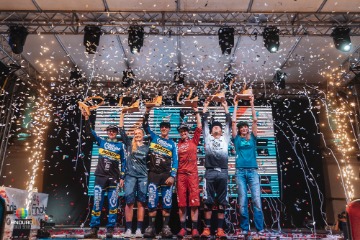